The sports drama, penned by "Moonlight" Oscar winner Tarell Alvin McCraney, will screen as part of a festival tribute to Soderbergh. 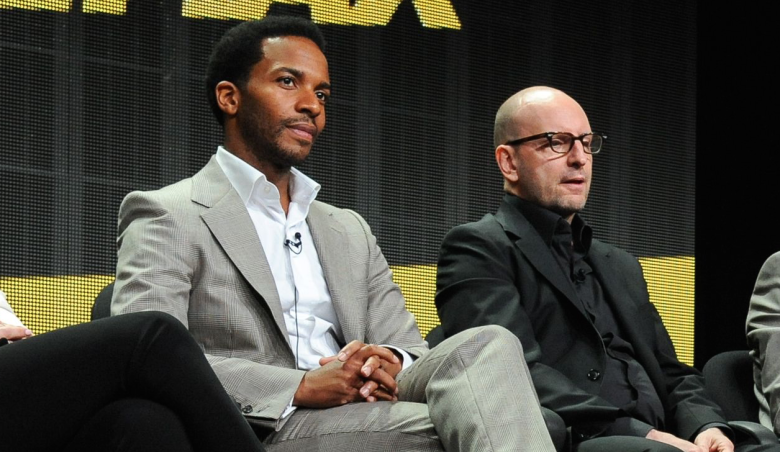 Steven Soderbergh is returning to the Slamdance Film Festival — which debuted his documentary “And Everything is Going Fine” back in 2010 — to not only accept its 2019 Founders Award, but also to debut his latest feature, sports drama “High Flying Bird.” Soderbergh will be on hand at the January festival to receive the Founders Award, which is “given to a Slamdance alumnus who has continued to represent the Slamdance organization and support the filmmaker community of Slamdance well into their careers,” and has previously been bestowed on Christopher Nolan and Joe and Anthony Russo.

The prolific “Ocean’s Eleven” and “Magic Mike” filmmaker is slated to participate in a live discussion with Slamdance co-founder and president Peter Baxter before a sneak preview of the film, which Netflix picked up in September. The film was written by Oscar winner Tarell Alvin McCraney and stars André Holland, Zazie Beetz, Melvin Gregg, Sonja Sohn, Zachary Quinto, Kyle MacLachlan,  and Bill Duke. The film stars Holland as an NBA agent who tries to get his rookie client to accept a controversial business opportunity after a lockout temporarily shuts the league down.

The project is one of two Soderbergh films that were announced earlier this year, the second being a thriller called “Planet Kill” from “Unsane” scribe James Greer and “Contagion” writer Scott Z. Burns.

“‘Don’t ask for permission!’ That was Steven Soderbergh’s advice to us when Slamdance was getting started and it continues to be the core of our brand. We answer to no one,” said Baxter in an official statement. “Slamdance filmmakers have changed the entertainment industry and Steven Soderbergh showed us the way. Without his involvement over the last 25 years both as a filmmaker and mentor to our filmmakers, Slamdance wouldn’t be the organization it is today.”

Slamdance has also announced the world premiere of “Ski Bum: The Warren Miller Story” as their 2019 opening night film. The festival’s closing night film, “This Teacher,” is directed by Slamdance alumni Mark Jackson and was awarded the Grand Jury Prize at the Los Angeles Film Festival in September.

The festival also unveiled it 2019 shorts lineup, showcasing 78 short films from countries around the world including the United States, Australia, Austria, Belgium, Brazil, Canada, China, Denmark, France, Germany, India, The Netherlands, New Zealand, Poland, Russia, Saudi Arabia, Serbia, South Korea, Spain, Switzerlandl and the United Kingdom. Added to the 2019 short film program is an all-new Episodes category showcasing episodic work in any style, genre, and format intended for broadcast – from comedy and drama to documentaries and social commentary and beyond.

You can find out more about this year’s Slamdance, running January 25 – January 31 in Park City, Utah right here.