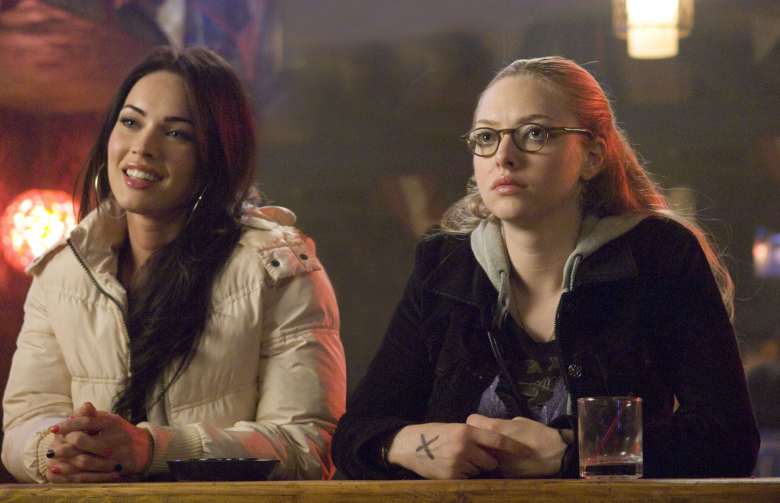 With the Christmas release of her well-reviewed crime drama “Destroyer” right around the corner, director Karyn Kusama spent some time with Buzzfeed looking back at one of her most misunderstood releases: “Jennifer’s Body.” The horror film, written by “Juno” Oscar winner Diablo Cody and starring Megan Fox and Amanda Seyfried, was a critical and box office misfire when it opened in September 2009. Nine years later, Kusama and Body told Buzzfeed part of the issue with the release was the divide between their intentions with the film and 20th Century Fox’s marketing campaign.

“I wrote it for girls,” Cody said. “If a guy wrote a movie with the line ‘hell is a teenage girl,’ I would reject that. But I’m allowed to say it because I was one. I think the fact that we were a female creative team gave us permission to make observations about some of the more toxic aspects of female friendship.”

Cody and Kusama made “Jennifer’s Body” to appeal to young women the same age as the main characters played by Fox and Seyfried, but they noticed while they were in postproduction that Fox was only interested in marketing the film by capitalizing on Fox’s sex appeal. Fox was coming off the blockbuster success of Michael Bay’s “Transformers,” and Kusama told Buzzfeed she was horrified to watch “Jennifer’s Body” be marketed based on Fox’s emerging sex symbol status.

“I kept sort of reminding everybody, ‘Guys, we can’t market this movie to boys,’” Kusama said, “and then have them go to the theater expecting one thing and then seeing Megan Fox not really take off her clothes but rip a guy’s intestines out and eat them.”

“The email wasn’t even grammatically correct,” Cody said about the studio’s reply. “The response said, ‘Jennifer sexy, she steal your boyfriend.’ As if a caveman had written it. So that’s what we were dealing with.” “In those conversations, I was like, ‘Oh, OK, we are seeing either we made a movie that they see completely differently, or what’s in front of them is something they don’t want to see,'” Kusama said. “And at the time it was awful, but now I’m realizing this is evident of the world at large.”

Cody added, “Because of the way the film was marketed, people wanted to see the movie as a cheap, trashy, exploitative vehicle for the hot girl from ‘Transformers.’ That’s how people insisted on seeing the film, even though I think when you watch it, it’s pretty obvious that there’s something else going on.”

“Jennifer’s Body” ended up being marketed solely to attract a young straight male audience. For Cody, the marketing stacked the odds against the film from the beginning by excluding the demographic the filmmaking team made the movie for from the start.

“You’re disappointing your audience. That’s an issue,” Cody said. “And also you’re turning off girls, who might have enjoyed the film. It’s almost like they had a marketing plan in place before seeing the movie and then just stuck with that.”