15 years later, the dialogue remains of one of the best feminist moments in any blockbuster. 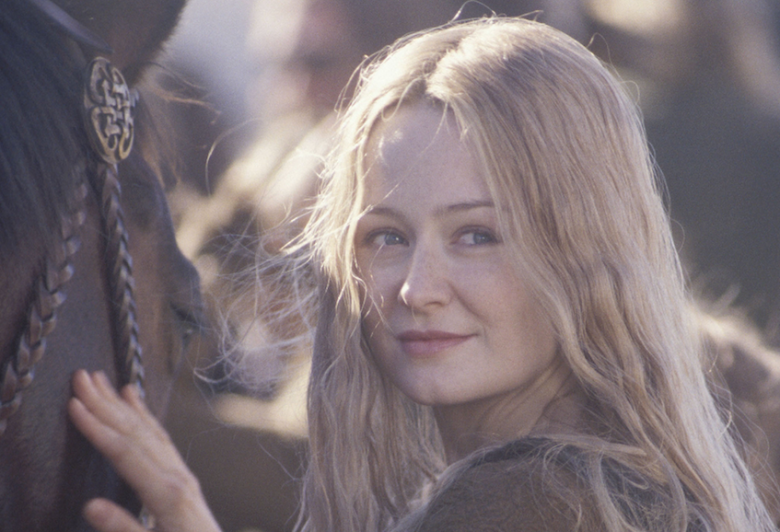 “The Lord of the Rings: The Return of the King” is celebrating its 15th anniversary this month, and Polygon celebrated by talking with co-screenwriter Philippa Boyens about crafting one of the most iconic feminist moments in blockbuster film history: Éowyn’s “I am no man!” Boyens won the Oscar for Best Adapted Screenplay for writing the J.R.R. Tolkien film with Fran Walsh and director Peter Jackson.

“It’s one of the great lines,” Boyens said. “[Fran and I] were female screenwriters who had to write for all these male characters, and then we finally get this woman to write for, and she has to pretend to be a man.”

“Rings” fans know the Éowyn moment well. After being ordered by her uncle Théoden (Bernard Hill), King of Rohan, not to ride into battle, Éowyn (Miranda Otto) disguises herself as a man and finds herself staring down the Witch-king of Angmar, the Lord of the Nazgûl. After the Witch-king says a prophecy stating no man can kill him, Éowyn removes her helmet to reveal her identity and proclaims, “I am no man.” Éowyn then drives her sword into the Witch-king, effectively killing him.

“If you set out to write a ‘strong female character,’ quote unquote, they’re going to smell it a mile off,” Boyens said about writing the line into the script. “And they do smell it a mile off. It’s always presumptuous, I think, that people believe — and it’s not just that they believe this for women, it’s also that they believe it for young men — that they cannot relate to a story where the main character is not the same sex as them. Of course they can.”

The line ended up being one of the defining moments of “The Return of the King.” “It was like, ‘Wow, this is hitting, this is resonating with young women,’” Boyens said. “I think it was that audience that lifted Rings into another place.”

Boyens reunited with Walsh and Jackson for the script to “Mortal Engines,” which recently bombed at the box office. The screenwriter also helped pen Jackson’s “The Hobbit” trilogy.

This Article is related to: Film and tagged Eowyn, Philippa Boyens, The Lord Of the Rings