Netflix wants to be your first — or only — stop for TV, and continued access to the hit series ensures that's still the case. 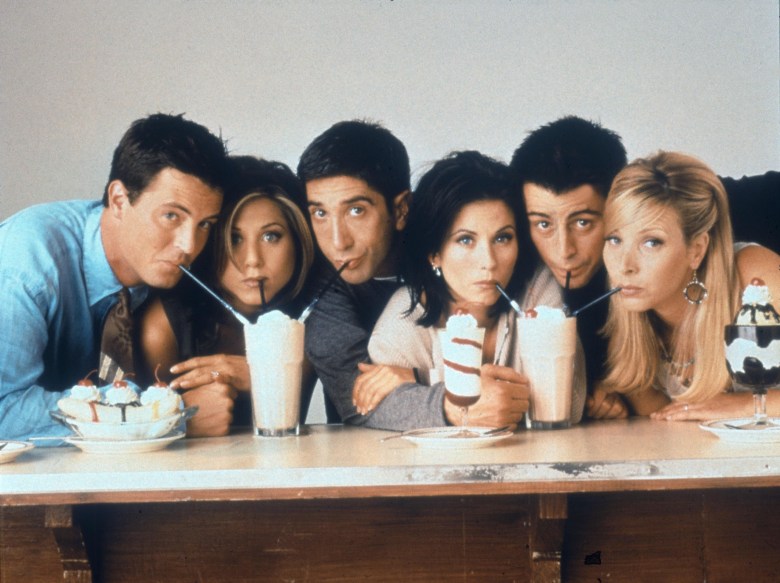 Score another round for Netflix. “Friends” will continue on the streaming service through 2019, and perhaps beyond — helping cement an increasing perception among audiences that Netflix is the must-have utility for all things TV.

FX CEO John Landgraf often warns that Netflix wants to own the entire TV ecosystem. And as long as key TV series like “Friends” can be found on the service, it’s likely that audiences will continue to see Netflix that way. To paraphrase the old HBO slogan: For many younger audiences, it’s not Netflix, it’s TV.

Netflix now has nearly 60 million subscribers in the U.S. And as viewer habits continue shifting to an on-demand model, those users increasingly consider Netflix synonymous with SVOD — much like Kleenex tissues or Band-Aid bandages.

That’s why Netflix is willing to shell out big bucks for the show (said to be between $80 million and $100 million), even though it won’t be exclusive once WarnerMedia’s upcoming streaming service becomes available. After all, “Friends” has never technically been exclusive to Netflix, given its ubiquity on the dial. But young audiences have been trained to find and watch it on Netflix — and that training won’t go away as long as enough evergreen shows like “Friends” remain alongside Netflix originals.

Think about it: When you’re searching for an old episode of a TV show these days, your first stop is usually Netflix — before perhaps trying Hulu and Amazon, or one of the advertiser-supported VOD services like Crackle. If all else fails, you might bite the bullet and download the show from iTunes or another electronic retailer. If you’re old school, you might buy the DVD package. Or if you’re really old school, you might search it out via syndication on cable or your local TV stations.

It doesn’t matter that plenty of TV shows past and present aren’t available on Netflix. Viewers aren’t doing a spot check for what is or isn’t on the service, but they do know that Netflix carries some of those shows, and that’s good enough for them. It’s the same reason people go to buffets without really knowing what’s on the menu; they know there’s enough there that some of the things they like will be included — even if other favorites have disappeared.

The perception that Netflix offers almost everything is what keeps subscribers willing to keep paying $10.99 a month, even if in actuality there’s plenty of TV that can’t be found (and never will be) on the service. Netflix has become shorthand for “all things TV” in less than a decade, thanks to little competition and a willingness by Hollywood studios to license popular off-net shows like “Friends,” “Full House,” and “The Office” for a handsome fee. (Rival Hulu has done an admirable job in building up its own base with a similar strategy, grabbing shows like “The Golden Girls” and ABC’s TGIF lineup). And the amazing thing is, even as they finally wake up and scramble to create their own services to combat Netflix’s domination, the traditional Hollywood studios still can’t resist that sweet, sweet cash.

Netflix is reportedly paying between $80 million and $100 million for the rights to keep “Friends” exclusively this coming year — money that was too good for WarnerMedia to pass up. But for Netflix, which is spending as much as $13 billion annually on content, that’s a small price to pay to keep subscribers hooked on the eve of the streaming wars. Every month that Netflix can avoid much subscriber churn is another month that Netflix has solidified its position in American homes.

Even AT&T chairman/CEO Randall Stephenson admitted to attendees at Tuesday’s UBS Global Media and Communications Conference that Netflix is synonymous with TV: “I compared Netflix one time to Walmart, not derogatorily,” he said. “It was taken derogatorily. But when I’m shopping and I say I need something XYZ, I go to Walmart. Well, if you’re looking for video content regardless of what it is, people will go to Netflix because it’s just a warehouse, and it’s an impressive warehouse of content.”

If we were to continue that retail analogy, Stephenson also essentially admitted that it might be too late to build a Target to rival Netflix’s Walmart. Instead, the WarnerMedia OTT service might be more of a boutique that carries a bit more curated selection. “The goal… is not to become another Netflix and not to create a direct-to-consumer product that rivals Netflix in terms of being a warehouse of content.”

But why shop for “Friends” at the WarnerMedia boutique if you can already catch it at Netflix’s Walmart?

As the streaming giant shores up that must-have utility reputation — like water, electricity, gas, and broadband — Hollywood, including its future competitors, continues to give Netflix a big assist in achieving that goal.

“I’m stunned, but not surprised by AT&T’s decision to extended ‘Friends’ licensing deal with Netflix through 2019,” former Amazon Studios head of strategy Matthew Ball (who thinks WarnerMedia should have moved “Friends” to HBO Now) wrote on Twitter. “A perfect example of, despite saying they were committed to winning in SVOD, Big Media wants to have their cake, eat it too — and then hope they get a third cake.”

This Article is related to: Television and tagged AT&T, Friends, Netflix, WarnerMedia