In the midst of war, the faintest ray of light can be salvation. Richard Adams’ 1972 children’s novel is positively awash with sunshine compared to Martin Rosen’s 1978 children’s horror movie. The short-lived 1999 TV series skewed back toward the author’s original tone, yet each entry carried real weight, be it the biblical and mythological interpretations or the story’s gruesome jolts — and permanently etched in the minds of its young viewers.

Now, Netflix and the BBC revive the fantasy tale as a potent, stunning, and a tad too ugly vision of a rabbits’ world not that different from our own. Sent fleeing from their den by human development — can anyone say “gentrification”? — the new four-part story tracks Hazel (James McAvoy), Fiver (Nicholas Hoult), and a slew of other plainly drawn bunnies as they try to survive. Still, this is an optimistic spin on an old story originally crafted for kids. Despite cheap computer-animation, director Noam Murro (“300: Rise of an Empire”) and writer Tom Bidwell (“My Mad Fat Diary”) evoke a strong sense of empathy for the animals while crafting a stirring limited series built on big, frightening themes of life and death along with more humble thoughts on love, friendship, and socialism.

OK, maybe not socialism, per se, but there’s an argument against capitalism and authoritarianism to be sure. The 2018 “Watership Down” heeds closely to past interpretations, but for anyone unfamiliar, these episodes kick off when Fiver has a vision that the rabbits’ warren will soon be destroyed. He tells his brother, Hazel, who rallies as many of the other rabbits as possible and mounts an escape. Guided only by Fiver’s visions, the rabbits face various struggles while searching for their new home. 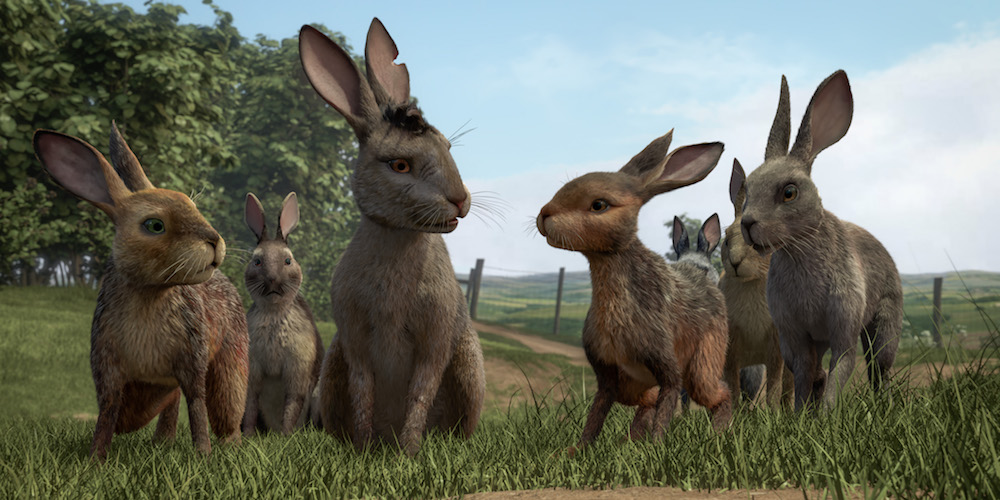 “Watership Down” is framed around the fable that rabbits were the original inhabitants of the Earth, but they populated too quickly — good luck to all the parents who have to resist making a joke about “fucking like bunnies” — and the sun god punished them by creating predators to thin the herd. “All the world will be your enemy,” Lord Frith says, and the adventures bear out his warning. Foxes, cats, dogs, and all the other creatures listed in the opening sequence play perilous roles, but not how you may expect. Some even help the rabbits, while other rabbits are far more dangerous to Hazel & Co. than any outsiders. Humans are feared the most, though that assumption is also cleverly subverted.

Much of “Watership Down” begs viewers not to make assumptions about anyone, not just species. Bigwig (John Boyega) is an aptly big brute, and he’s born to be a fighter. But it’s only when he’s asked to subdue his tendency toward battle that he thrives. Clover (Gemma Arterton) is far from the helpless doe the sexist male leaders of other warrens assume of her gender. These points are made subtly enough that younger viewers could acknowledge them instinctually, and parents could point them out as learning opportunities. But they’re so well integrated into the storytelling no momentum is lost as they come up. It’s a thrilling tale, and everything from the voice work to the direction aid in its multi-layered impact.

But the animation is a serious problem. It’s not just that the graphics and design look like a 2004 video game. (A few P.O.V. shots harken memories of first-person shooters like “Call of Duty,” making you wonder if the rabbits are about to open fire on an actual foxhole.) Despite telling physical characteristics and strong vocal performances, it’s often unclear who’s who. Shadows hide the chunk missing from Bigwig’s ear, or the fur’s lack of texture makes colors less distinguishable. Sometimes it feels like the rabbits are constantly name-dropping just so viewers know who’s being threatened, running for help, or dying. 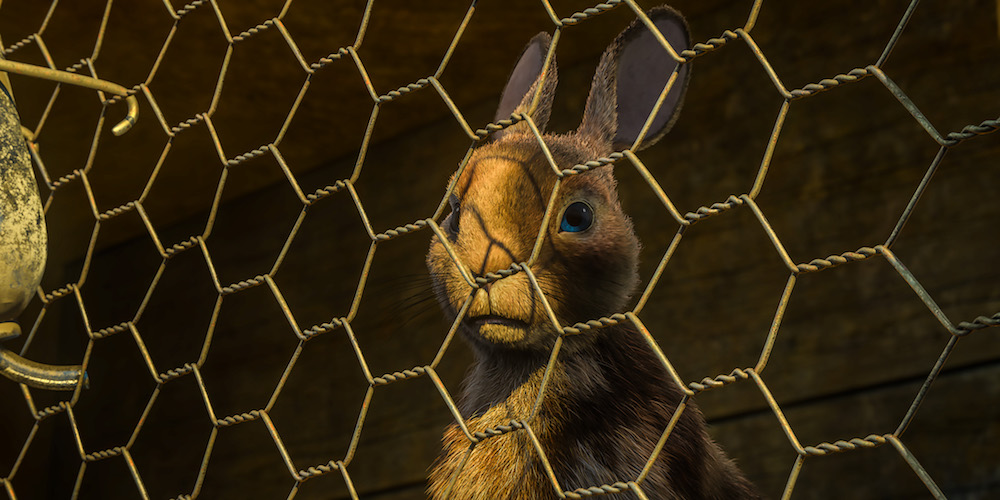 And there is death in “Watership Down.” Holding with the novel’s heavy themes — and the original film’s scarring nature — Netflix’s adaptation is very much not for small children. The smooth animation is less ghastly than Martin Rosen’s bloody 1978 movie, and the gore has been toned down, but the sequence that opens the final episode is as emotionally horrifying as the massacre kicking off “Saving Private Ryan.” Moreover, the intensity is ramped up, as Murro captures the persistent fear haunting these persecuted rabbits. There are chase scenes aplenty, growling predators lurking in the shadows, and buckets of rain dropping from the heavens with the weight of such a long journey.

“Watership Down” remains a precious oddity unto itself. On the one hand, it’s a story about rabbits — rabbits! On the other, there’s world-building so well done various scholars have seen Israel’s origin story and allegories for the Cold War in its journey. In the end, viewers will decide what they pull away from these characters, but the inspiring new adaptation is more hopeful. In the middle of a giant battle, one bunny tells a bad dad joke: “What do you call a happy rabbit? A hop-tomist.” It’s an oddly timed line, but it emphasizes what matters most: The light is winning, even if it can be a little hard to see.

This Article is related to: Television and tagged Netflix, Reviews, Watership Down