On a recent podcast appearance, the actor and wife Megan Mullally explained why he'd be perfect for the long-running CBS reality show. 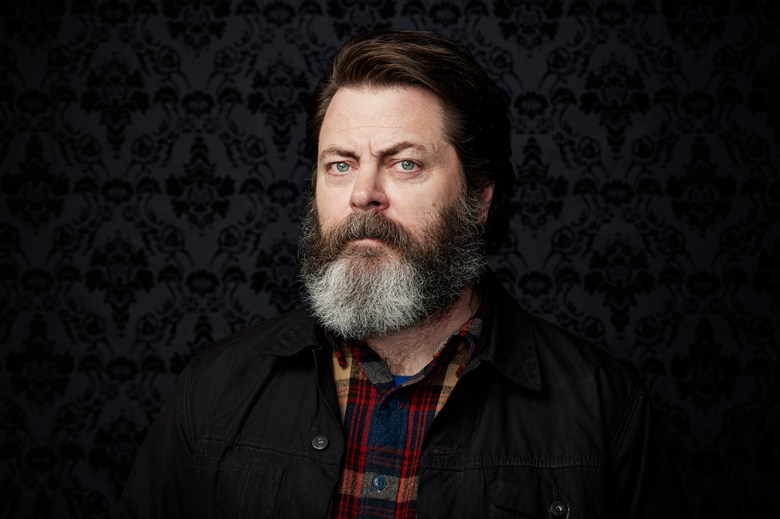 Nick Offerman is a man of nature. Known for his work beyond his acting career as a builder of high-quality, hand-crafted furniture, one would assume that he has the skill to best a number of opponents in a battle of outdoor wits.

On the most recent episode of the podcast “Conan O’Brien Needs a Friend,” Offerman and wife Megan Mullally delved into their deep love for the long-running CBS reality show “Survivor.” According to Offerman, he once got close to taking part in a season.

“It’s been discussed. We’ve sincerely looked at it in reality,” Offerman said.

“It was actually maybe going to happen and then he got an acting job,” Mullally added.

Of course, brute knowledge of outdoor survival skills isn’t enough to win a show like this. It requires a certain amount of psychological maneuvering which Offerman’s not 100% sure he has.

“I think it would be really fun. I think I would be good at some things, but I’m not certain,” Offerman said. “I’m not sure how well I would fare in the social aspect of the game.”

“His brain, he’s not effed up enough to think of how to screw everybody over,” Mullally said.

At this point, Offerman’s no stranger to reality shows, having hosted a season of NBC’s “Making It” with his former “Parks and Recreation” co-star Amy Poehler. On the show, contestants take part in a crafting competition that requires far less ruthlessness than its “Survivor”-esque counterparts.

This Article is related to: Television and tagged Conan O'Brien Needs a Friend, Nick Offerman, Survivor