Anyone who's seen Sion Sono's prior work will have an easy time believing him. 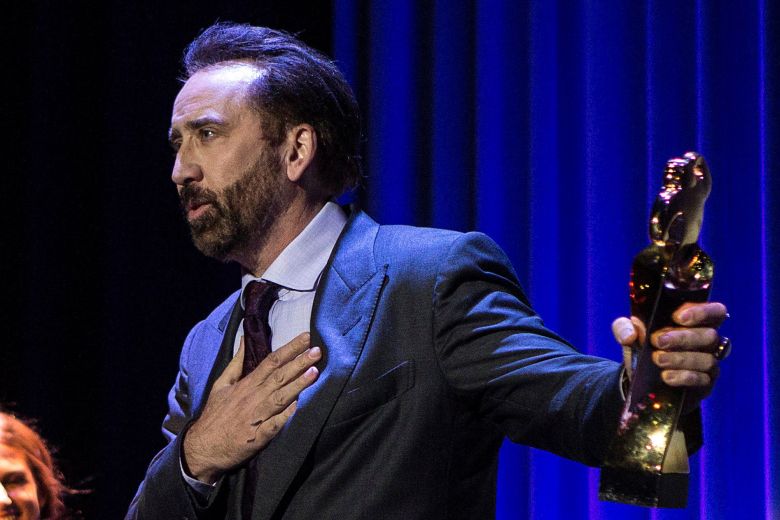 Here’s a match made in movie heaven you never knew you needed: Nicolas Cage and Sion Sono collaborating on a crime thriller. The result is the upcoming “Prisoners of the Ghostland,” which Cage says “might be the wildest movie [he’s] ever made.” That may sound hard to believe — this year’s “Mandy” was pretty out there, and who can forget the likes of “Vampire’s Kiss” or that “Wicker Man” remake? — but anyone who’s seen “Love Exposure” or “Suicide Club” knows that Sono is capable of much oddity.

“I’m thrilled about it! It’s unlike anything I’ve ever read before,” Cage said of the film during the Film Festival and Awards Macao, according to Screen Anarchy. “It might be the wildest movie I’ve ever made, and that’s saying something. It’s out there. I wear a skintight black leather jumpsuit with grenades attached to different body parts, and if I don’t rescue the governor’s daughter from this state line where they’re all ghosts and bring her back they’re gonna blow me up. It’s just crazy. It’s way out there.”

IMDb lists the film’s premise as “A notorious criminal must must break an evil curse in order to rescue an abducted girl who has mysteriously disappeared.”

Sono, a prolific filmmaker who also writes poetry, most recently directed the likes of “Antiporno,” “Tokyo Tribe,” and “Why Don’t You Play in Hell?” He’s courted controversy and acclaim in nearly equal measure throughout his unique career, and one imagines — or at least hopes — that working with Cage brings his one-of-a-kind sensibility wider attention. That may take some time, however, as “Prisoners of the Ghostland” has yet to begin filming.

This Article is related to: Film and tagged Nicolas Cage, Prisoners of the Ghostland, Sion Sono