It's all character stories in the Fox space adventure series' return, and that's a good thing. 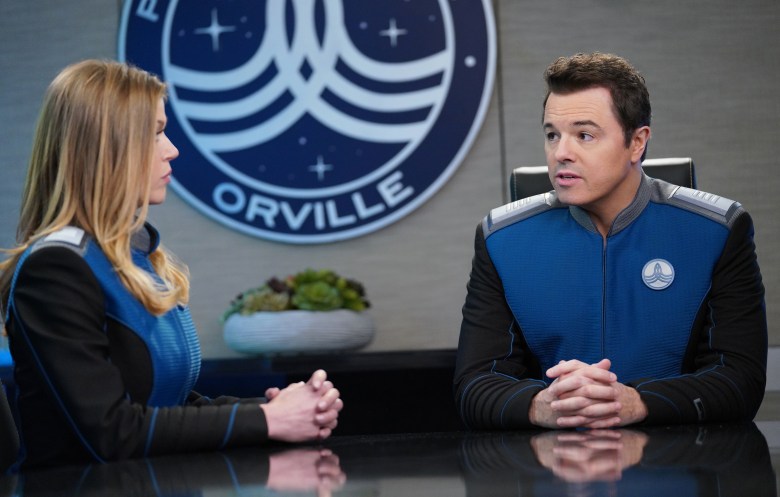 “The Orville” is back for a second season, with perhaps less fanfare than its initial Season 1 launch. But Fox using the post-Sunday Night Football slot to launch the second season of Seth MacFarlane’s space adventure series is a continued sign of confidence in the tales of a hapless captain (MacFarlane) and his crew jaunting about across the galaxy. And based on the season premiere, Fox might actually have good reason for its faith in the show.

From the beginning, it has been hard to separate “The Orville” from the 1990s-era “Star Trek” series from which it clearly draws a huge amount of inspiration — especially when it was revealed that the series was not meant to be a straight-up half hour comedy, as many expected from the “Family Guy” creator, but an hour-long show that kept its tone light, but did deliver dramatic moments. Those “Trek” elements, from pacing to production details, were seemingly embraced by “Next Generation” fans nostalgic for that era, but made more than one critic wish that instead of simply mimicking other shows, “The Orville” would find its own voice. 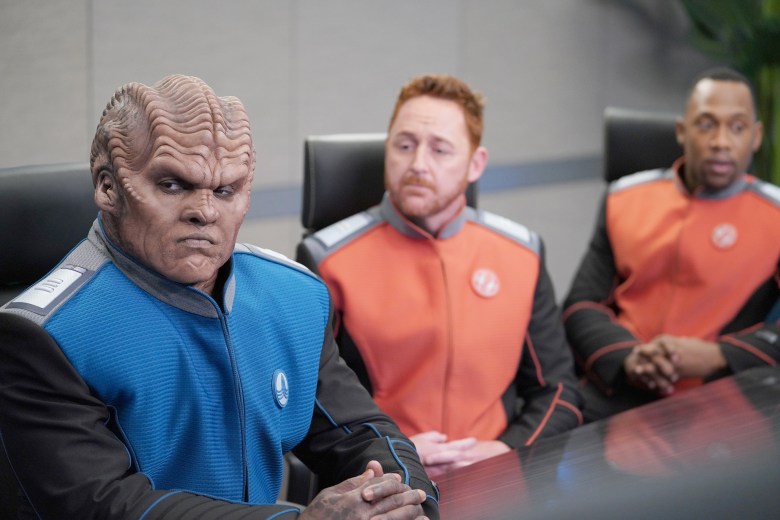 “Ja’loja,” to a degree, delivers on this wish. A seemingly offhand joke from the “Orville” pilot ends up being the main force driving the plot of the episode (to the degree that it can be described as a plot). When Bortus was initially introduced, it was mentioned that his all-male species only urinates once a year; turns out, for Bortus this annual event is a sacred rite similar to a birthday party (complete with a post-peeing celebration).

So the Orville charts a course to Bortus’s home planet so that he can complete the ritual; while on route, the crew picks up a new crew member, dark matter cartographer Janel Tyler (Michaela McManus, whose recurring role in Season 2 is clearly going to shake up the ongoing romantic drama between Ed and Kelly) while dealing with their interpersonal woes. Alara can’t find a date, Doc Finn is having trouble with her son Marcus, Malloy needs help from LaMarr on improving his “game” with the ladies, and Ed has to deal with Kelly moving on after their break-up.

In short, it’s an entire episode of character-driven B-stories — the sort of emotionally-focused runners that would normally accompany a larger plotline, with a few major moments of comedy but more often than not relatively straightforward in its depiction of life on board the Orville. Written and directed by MacFarlane, it’s a very deliberate, quiet hour of television — and it might honestly be the series’ best yet. 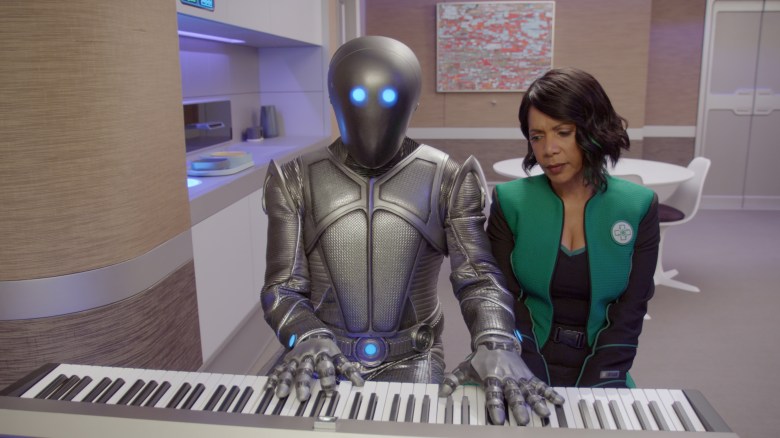 It’s not a perfect episode, as MacFarlane continues to struggle with the balance between earnestness and irreverence. The treatment of the Ja’loja ceremony is perfectly in line with how “The Orville” approaches its unique alien races: The show’s best use of its imagination is in defining the non-human species of this universe, but the catch is that oftentimes, the qualities which make them stand out are played for laughs… that is, until they’re taken seriously.

Thus, when Bortus, completely deadpan, announces his desire to complete the traditional ritual, Ed tries to take it seriously — but pee jokes a’plenty from the crew follow the request. It’s not completely malicious in tone, and the actual rite is depicted with a relative amount of respect and grace. But it still represents a state of confusion as to where the humor should be coming from here. Mocking alien species for their differences doesn’t really represent an optimistic, utopian outlook.

That said, adding Jason Alexander (under a giant scaly head) as Olix, the ship’s new bartender, feels like a promise that more scenes in Season 2 will take place in the mess hall as opposed to the bridge. That could be the best news possible for the show, which is far better off putting its characters first. “The Orville” may not want to be a space spoof, but if it’s able to fully evolve into a character-driven dramedy that just happens to be set in space, then that’s adding something unique to the genre. And that could make “The Orville” a show worth watching.

This Article is related to: Television and tagged Seth MacFarlane, The Orville, TV Reviews