Her film about the first women's professional baseball league, starring Geena Davis and Tom Hanks, made $100 million but never got the credit it deserved. 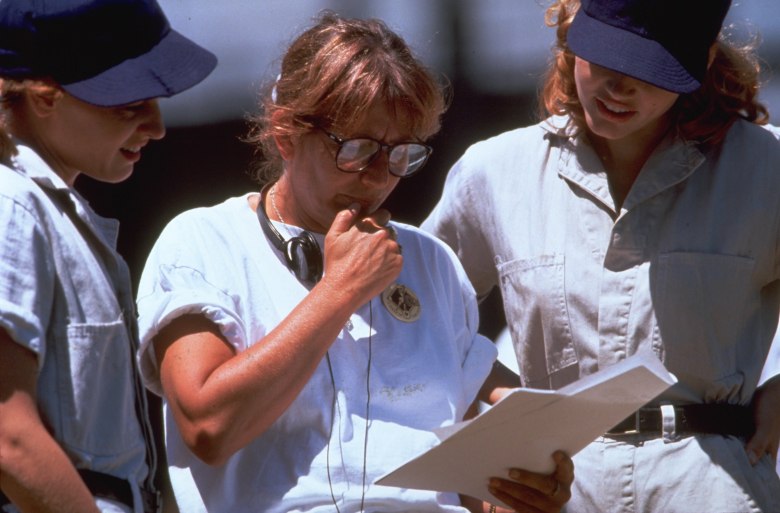 Lori Petty, Penny Marshall, and Geena Davis on the set of “A League Of Their Own.”

Batter up, hear that call — the time has come, for one and all, to yell about how “A League of Their Own,” directed by Penny Marshall, is the best sports movie of all time. Penny Marshall’s fourth film, after great movies like “Awakenings” and “Big,” has an ease to its execution that proves reminiscent of the world’s greatest sports heroes — so good it doesn’t seem that hard.

Except, of course, it was hard — Marshall and writers Kim Wilson & Kelly Candaele (story) and Lowell Ganz & Babaloo Mandel (screenplay) took on a period piece with a massive ensemble that had to deliver both thrilling baseball sequences as well as the subtle, powerful message about just what women are capable of.

Based on the true story of the All-American Girls Professional Baseball League (with the necessary alterations for the sake of fiction), “League” moves briskly through the introduction of rival sisters Dottie (Geena Davis) and Kit (Lori Petty) to tryouts for the first-ever women’s professional baseball league. 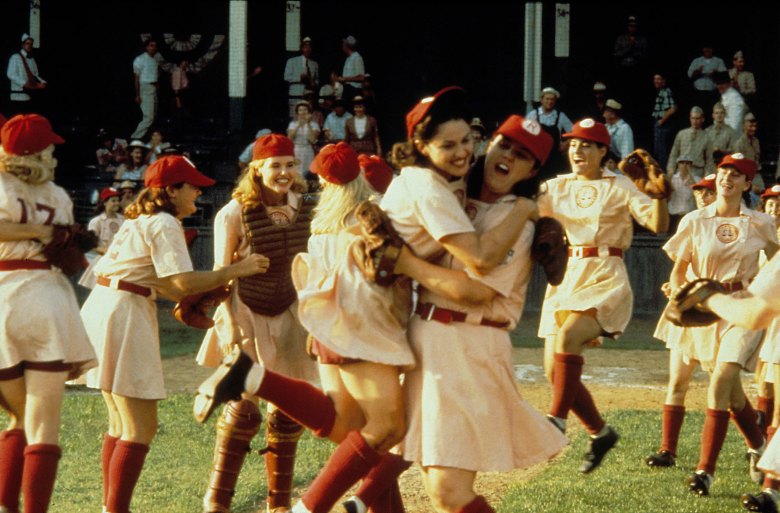 “A League of Their Own.”

It’s an introduction so enrapturing that you might forget that Tom Hanks is going to show up — and then, half an hour in, Jimmy Dugan staggers onto screen, digging past his nice-guy image to find his inner dirtbag. He’s a lovable dirtbag, though, because the only real villains in this movie are sexism, wartime tragedy, and ambition.

If it were made in 2018, “A League of Their Own” would likely have made some of its subtext more explicit, and wouldn’t have forced elements like Rosie O’Donnell’s duo of dweeby paramours. That was a weird sidebar to her performance, which has always seemed to nod at a sexual orientation that didn’t need a man.

But it was impressive, what Marshall got on screen; there are so many great details that bring to life each character. The Rockford Peaches have to play in miniskirts, Shirley (Ann Cusack) is illiterate, and Evelyn (Bitty Schram) has to bring her young son on the road. No 12-year-old watching this movie necessarily understood exactly what Madonna was talking about when she said she was a “taxi dancer,” but they certainly got that it was bad. And while the cast is blindingly white, the film at least takes a moment to acknowledge that fact with the unnamed black woman who throws back the ball with lethal force. 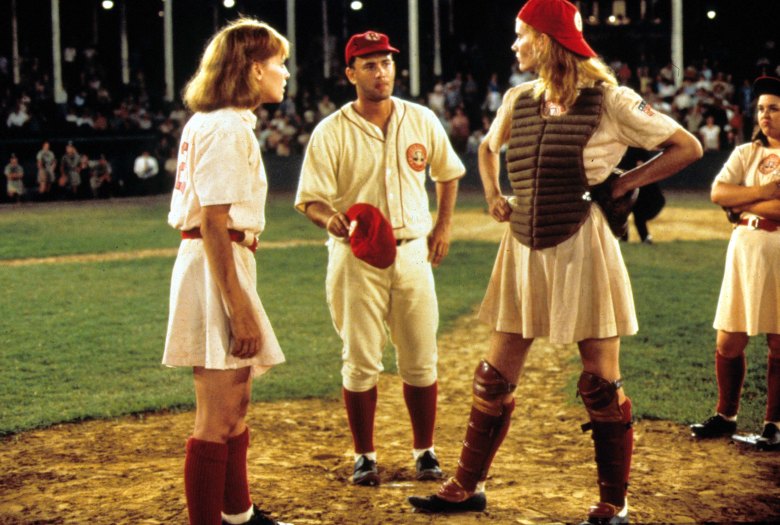 “A League of Their Own.”

Marshall put her cast through relentless baseball training to ensure that they’d look real as hell on the field, and the baseball action is filmed with clean precision, every breathless hit and catch resonating. But like all great sports films, baseball is the vehicle driving a human story. As the rare sports film about women, “League” makes its central relationship the sisterly bond between Kit and Dottie (also in itself is a rare thing) and the way in which the game affects their lives — giving Kit an escape from ordinary life, while pushing Dottie out of her comfort zone for a brief spell.

The best sports movies are always about underdogs, and this is something perfectly captured by “A League of Their Own,” a movie totally ignored by the Oscars and barely made a dent on the Golden Globes — Davis was nominated for Best Actress, while Madonna picked up a nod for Best Song.

Marshall did it. And she made it look easy.

“A League of Their Own” is currently streaming for free (with ads) on Crackle.

This Article is related to: Film and tagged A League of Their Own, Penny Marshall