While she was not exactly what anyone would call a feminist filmmaker, Marshall's success had an enduring impact. 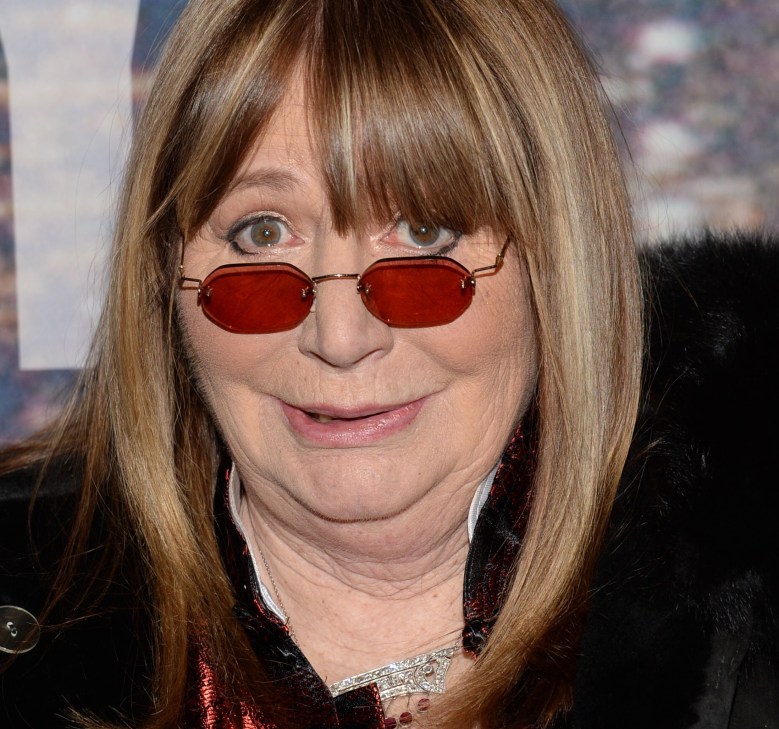 Her parents named their baby daughter Carole Penny Marshall after Carole Lombard, the screwball comedienne. Though she would drop the “Carole” on her way to Hollywood, screwball stuck to Penny Marshall like white cat fur on black velvet. The actor-director, who died Monday from complications from diabetes, for eight years starred as Laverne DeFazio on television’s “Laverne & Shirley” (1976-1983) and with “Big” (1988), became the first female filmmaker to make a movie grossing over $100 million.

In 1967, the University of New Mexico dropout, baby Tracy in tow, divorced her first husband and moved to Los Angeles, where her big brother Garry was already a television powerhouse (“Mork & Mindy” and “Happy Days”). In 1971, he hired her to play the recurring role of Myrna, Oscar’s secretary, on television’s “The Odd Couple,” on which he was executive producer. Before that then-unknown Marshall played the stringy-haired plain girl opposite then-unknown Farrah Fawcett, the shiny-haired pretty girl whose tresses had body, in a shampoo ad for Head and Shoulders.

Her hair may have lacked shine, but Marshall’s distinctive voice was comedy gold. Both nasal and gravelly, it made her sound like a coffee grinder in heat — and everything she said hilarious.

Marshall got the accent from her mother, who ran a tap-dance studio in the Bronx, where she and her siblings were born. Her father Tony Marshall (born Masciarelli), made industrial films and worked as a television executive producer. Her big sister, Ronny Hallin, was a producer and casting director.

“Laverne & Shirley,” a throwback television sitcom starring Marshall and Cindy Williams as the Lucy and Ethel of a Wisconsin beer brewery, made that voice the geschrei that made Milwaukee — not to mention Marshall — famous.

One of the reasons for her seamless transition from sitcom star to director was that Marshall started her career behind the camera while she was still acting in front of the camera on her hit sitcom.

She had an ear for great comic phrasing, a conductor’s sense of timing, and great choice in actors.  She wasn’t the most cinematic of filmmakers, but she knew how to tell a good story.  “I don’t know one lens from another,” she told the San Francisco Chronicle. “That’s not my job. It’s the cinematographer’s job. But I can talk to people.“

She made her directorial debut in film with “Jumpin’ Jack Flash” (1986), starring Whoopi Goldberg as a computer programmer who gets enmeshed with Soviet spies. It wasn’t very good. But with her next three films she hit the trifecta. 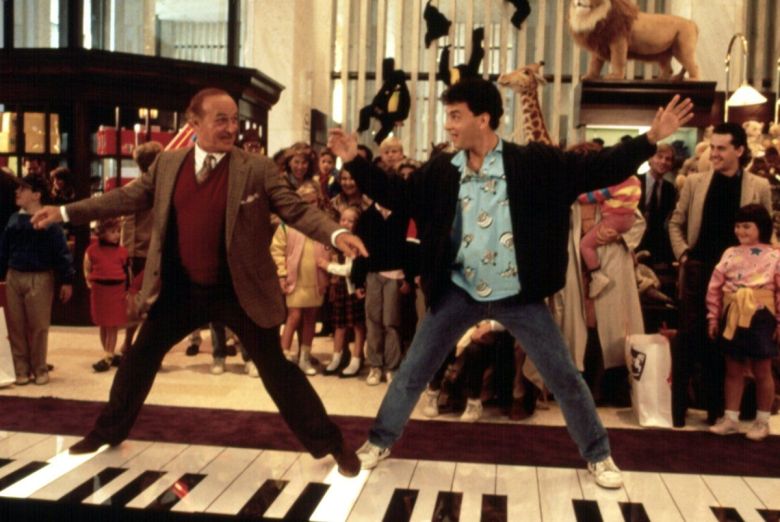 In “Big,” “Awakenings” (1990) and “A League of Their Own” (1992), she found a sweet spot with character-driven, family-friendly films, a genre now if not extinct, then definitely on the endangered list. (Additionally, with “Big” and “League,” she rescued Tom Hanks from the career oblivion of films like “Bachelor Party” and “The Money Pit”).

With two comedy hits (like “Big,” “League” grossed more than $100 million) and a thoughtful drama (“Awakenings,” based on the Oliver Sacks memoir about his experience using L-Dopa on catatonic patients) that earned three Oscar nominations, Marshall was on a winning streak.  The comedies starring Hanks had just enough drama to be both funny and seriously funny and the drama starring Robin Williams as the Sacks figure had just enough joy and surprise to leaven the heavier moments.

While she was not exactly what anyone would call a feminist filmmaker, Marshall advanced the cause of female directors in Hollywood by making movies that were both popular and good. She was a terrific director of actors, and as a consequence her films had a surprising intimacy and tenderness.

If Marshall’s career can be summed up by one of her characters, it would be Mercedes Ruehl as Tom Hanks’ mother in “Big,” so distraught when her son goes missing and so overjoyed when he is restored to her. Then there’s Ruth Lowe, as the mother of Robert De Niro in “Awakenings,” who loses her son to catatonia and gets him back, too briefly, when the neurologist changes his meds, only to lose him again. And Geena Davis and Lori Petty as the sisters in “A League of Their Own,” whose combative relationship grounds the comedy in an uncomfortable emotional truth.

After her trifecta, no film feature of Marshall’s was quite as good, but there was much to enjoy about “The Preacher’s Wife” (1996), an update of the Christmas film “The Bishop’s Wife,” starring a lovely Whitney Houston as the title character and a charming Denzel Washington as the angel who saves her family by refocusing her and her husband on the original meaning of Christmas. It was unapologetically corny and warm, in a good way.

In her 2012 memoir “My Mother Was Nuts,” Marshall proved that she was as entertaining on the page as on the screen, regaling the reader with stories (cleansed of all dirt) about her family, her second husband, Rob Reiner, her romantic partner, Art Garfunkel and memories of her hit TV shows and movies. “I have never wanted to grow up or stop playing,” she wrote. “In my work and in my personal life, I still try to maintain a connection to the sense of play that I remember from my childhood. Those experiences taught me the lessons that came in handy later in my life: Try hard, play by the rules, help your friends, don’t get too crazy, and have fun.”

This Article is related to: Film and tagged Penny Marshall