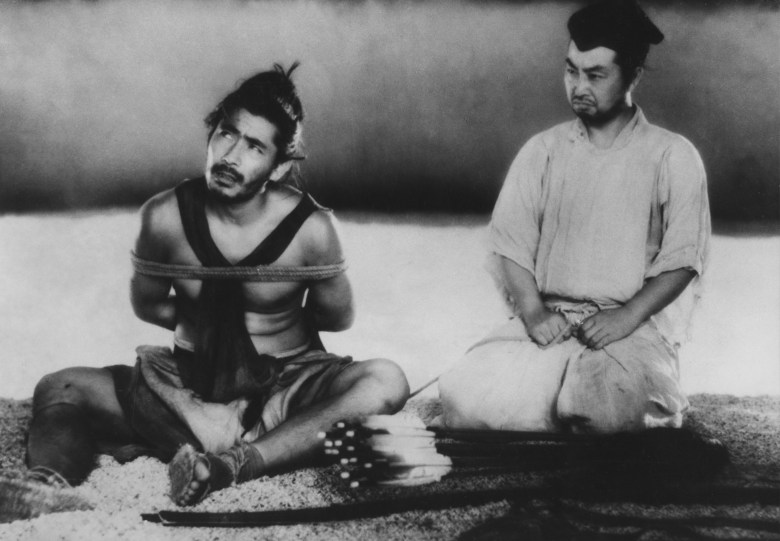 In an age of comic book adaptations and ’80s film reboots, maybe the next popular intellectual property wave is 1950s Japanese cinema. So goes the thinking for Amblin Television, which has optioned the rights to the Akira Kurosawa film “Rashomon” to develop it into a season of TV.

While the concept of showing one particular crime through the prism of a number of different perspectives has become less of a novelty in the nearly 70 years since Kurosawa’s legendary film, this new series will look to tell one crime in each of its 10 episodes, told from the point of view of a different character. With all the knowledge from those combined inputs, the audience will be able to gather the information necessary to arrive at the truth of what actually occurred.

“Rashomon” was the eleventh film from the iconic filmmaker, co-written by Kurosawa and Shinobu Hashimoto. The pair based their script on a short story by Ryūnosuke Akutagawa. In the film, four different characters offer testimony on their version of a pivotal event which may or not involve a grisly murder.

This new “Rashomon” series joins a handful of upcoming projects for Amblin Television. In addition to a revamping of TV series “Amazing Stories” for Apple, they’re part of the upcoming planned “Halo” series for Showtime, which recently saw director and executive producer Rupert Wyatt step away from the project. Next year will see the release of The CW’s “Roswell, New Mexico,” which draws from the same book series as the late-’90s/early-’00s show “Roswell.” Last spring, word came that Amblin was also looking at bringing back the cartoon series “The Animaniacs” for a reboot.

This Article is related to: Television and tagged Akira Kurosawa, Amblin, Rashomon