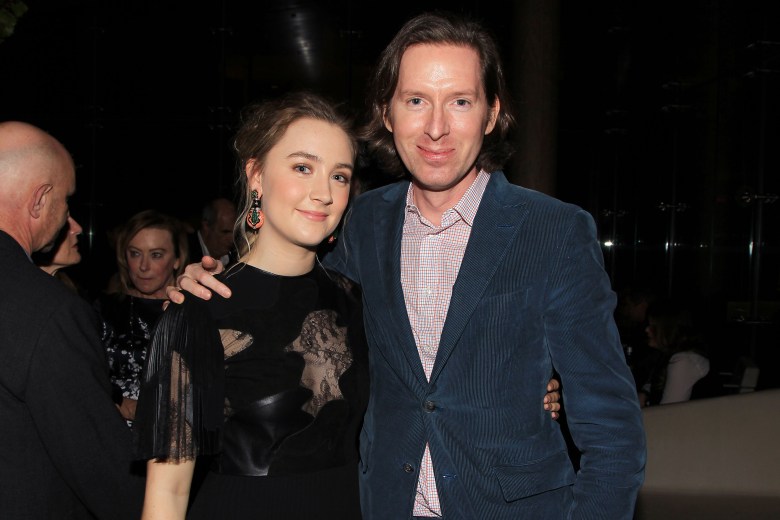 Saoirse Ronan is set to reunite with Wes Anderson for the first time since “The Grand Budapest Hotel” by joining the star-studded cast of the writer-director’s upcoming feature, “The French Dispatch.” The “Lady Bird” Oscar nominee let her involvement in “The French Dispatch” slip during a recent interview promoting her Christmas release, “Mary Queen of Scots.”

“The French Dispatch” is described as a “love letter to journalists set at an outpost of an American newspaper in 20th-century Paris.” While original rumors pegged the film as a musical, that turns out not to be the case. Anderson’s script includes three different storylines. Ronan is the latest addition in a cast that includes Anderson regulars Bill Murray, Frances McDormand, and Tilda Swinton, plus Anderson newcomers Benicio del Toro, Jeffrey Wright, and Timothée Chalamet.

Anderson kicked off pre-production on “The French Dispatch” earlier this year. The film is independently financed by Anderson’s usual billionaire backer Steve Rales of Indian Paintbrush.

Ronan currently stars in “Mary Queen of Scots,” which was her third theatrical release in 2018 following “On Chesil Beach” and “The Seagull.” The actress is playing Jo March in Gerwig’s “Little Women,” co-starring Emma Watson, Eliza Scanlan, and Florence Pugh. Sony Pictures is set to release the film December 25, 2019.

The release for “The French Dispatch” remains to be seen. While the title currently does not have a distributor, IndieWire’s Anne Thompson previously reported the film will most likely go to Fox Searchlight, which released Anderson’s “Isle of Dogs” earlier this year and had great success with “The Grand Budapest Hotel.”