When an Iowa basement contained century-old showreels, documentary directors Andrew Sherburne and Tommy Haines knew they had a story. 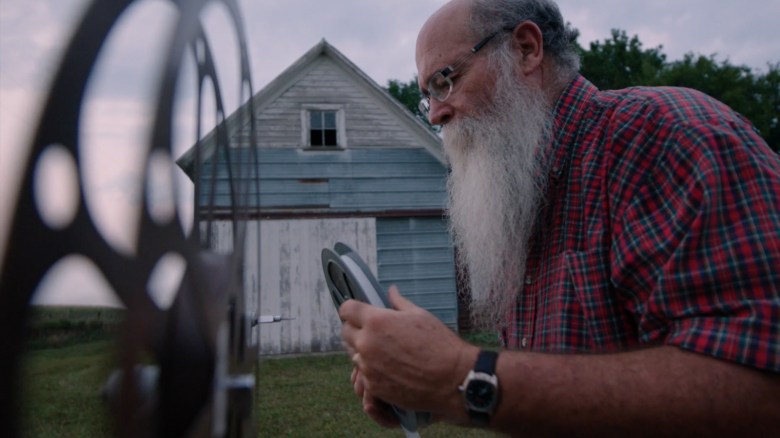 There many layers in Andrew Sherburne and Tommy Haines’ “Saving Brinton,” a documentary that follows historian Michael Zahs after he discovered 100-year-old showreels in an Iowa farmhouse basement. The reels belonged to William Franklin Brinton, the man who brought moving pictures to the heartland.

“One of the things that drew us to Mike right away is that he’s a great storyteller. These objects that he saves, he’s not just saving the physical object — he’s saving the stories,” Sherburne said following a screening of his film at the International Documentary Association’s annual screening series.

Zahs was preserving not only Brinton’s films, but also the legacy of the projectionist who traveled throughout the Midwest in the early 20th century and brought silent cinema with him. It’s that priceless film history that the magnetic Zahs tries to keep alive in the community. When Sherburne and Gaines set out to make their film, they had to ask themselves: “How do we weave his storytelling into our storytelling?”

Then there’s Brinton’s storytelling. Said Sherburne, “Frank Brinton was a showman as well, so there’s layers of that storytelling, entertaining personality that shine through.”

While Brinton’s stash of movies included priceless relics like footage of President Teddy Roosevelt and the Galveston hurricane of 1900 (widely regarded as the world’s first newsreel), Sherburne and Haines recognized that their film wouldn’t be flashy — and that it all hinged on Zahs’ outsized personality rather than the treasures he discovered.

“We learned that he was the key of the story,” said Haines. “This film in a lot of ways isn’t the sexiest of films when you’re pitching it to financiers. What Andrew and I have learned along the way is the best stories are the ones that take time. You find the truth.”

Added Sherburne, “We didn’t try to do anything too fancy because the story didn’t require it, ultimately.”

For his part, Zahs said he wanted to participate not only to share the century-plus-old reels he discovered with a wider audience, but also because he trusted Sherburne and Haines — they live down the road from him in Iowa, after all.

“I have spent my life being a promoter of the state of Iowa, and to have some Iowa filmmakers see that and incorporate it into the story was important to me,” Zahs said. While his discovery could have happened anywhere in the Heartland, it didn’t — it happened in Iowa, and “they’ve done a beautiful place of showcasing Iowa.”