The Penn Badgley-led drama series about obsession in the age of social media premiered earlier this summer. 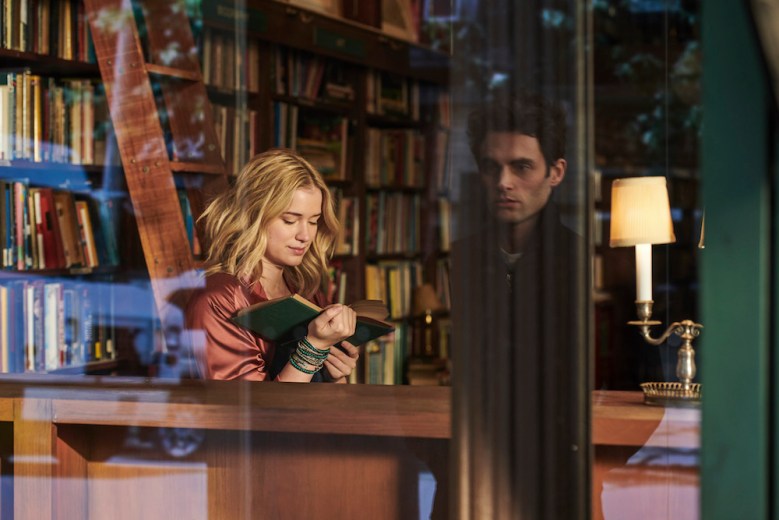 Elizabeth Lail and Penn Badgley in “You”

Fans of TV distribution switches, voiceovers from psychopathic obsessives, and Penn Badgley’s face are getting a nice Christmas present: “You” Season 2 is coming to Netflix.

The streaming service announced that the Greg Berlanti/Sera Gamble-developed Lifetime series based on the Caroline Kepnes novel of the same name would be continuing with a Season 2 made directly for Netflix, rather than through the cable network.

“You” stars Penn Badgley as Joe, an unassuming bookstore manager who begins an unhealthy obsession after a chance encounter with Beck (Elizabeth Lail), a customer. The audience can hear Joe’s thoughts and twisted rationales as he ingratiates himself with Beck’s inner circle and makes some dangerous leaps in logic and legality in order to clear a path to steal her affections. The series also featured a later-season role from John Stamos as Beck’s therapist.

The series was renewed for a Season 2 earlier this summer, before the show premiered in the beginning of September. The move to Netflix is understandable in part due to Berlanti’s existing relationship with the platform, which also distributes the Berlanti-produced “Chilling Adventures of Sabrina.”

As Indiewire’s Liz Shannon Miller wrote in her positive A- review of the series back in September, “It speaks to the thing that’s all too true in life: the hero of a story might, from a different perspective, really be a villain. The more we get to know about Joe, the more we know to be afraid of him, but we also see where he’s coming from. It’s dangerous… but sometimes, danger can be an exciting thing. It’s all too easy to get hooked.”

To celebrate the announcement, Netflix released a new trailer for the series:

For those who may have missed the series’ 10-episode first season of “You,” it will be available to Netflix subscribers on the platform beginning December 26.

This Article is related to: Television and tagged Greg Berlanti, Netflix, You