It was a huge night for Amazon Studios, while "Ozark’s" Jason Bateman also received recognition. 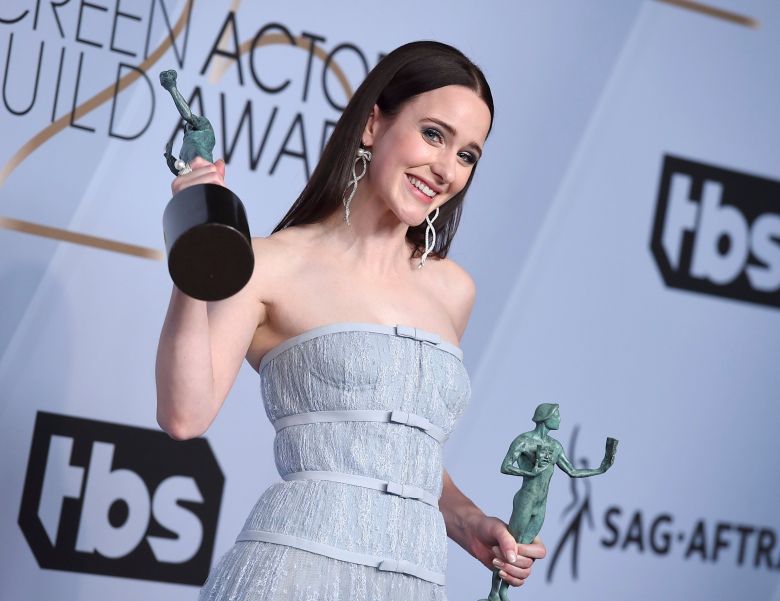 Amazon Studios’ “The Marvelous Mrs. Maisel” was again queen for a day at the 25th Screen Actors Guild Awards, sweeping all three television comedy categories, just a year after seeing its first season completely snubbed by the organization.

Brosnahan took care to recognize actors from the series all stripes in her acceptance speech, not just the regulars or recurring or guest stars.

“Our too often unsung background actors who work the same hours as us and share the same union as us,” Brosnahan gushed. “I couldn’t be luckier to be a part of this amazing group of artists.”

It was a huge night for Amazon Studios, which had previously won only a single SAG award for Jeffrey Tambor’s work on “Transparent” at the 2016 ceremony.

The Screen Actors Guild Awards, held January 27 at the Shrine Expo, offered a golden opportunity for shows to distinguish themselves from their competitors, despite the Emmy Awards languishing eight long months away.

The dominance of “The Marvelous Mrs. Maisel” meant disappointment for fellow comedies hoping for a signal boost, including FX’s “Atlanta,” HBO’s “Barry,” and Netflix’s “GLOW” and “The Kominsky Method,” but drama nominees found much more variety in their winners.

Netflix’s “Ozark” continued to shore up its case for Emmy relevance with Jason Bateman’s win for outstanding performance by a male actor in a drama series, his second nomination in the category for his portrayal of financial advisor, turn drug money launderer Marty Byrde.

Bateman was emotional in his acceptance speech, reflecting upon his long career and the moments that he feared he may not be cut out for acting, despite his child acting origins. 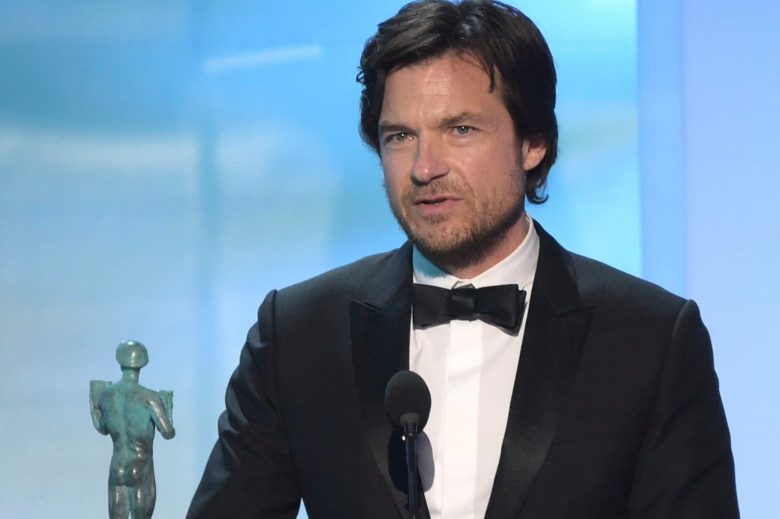 “This is reassuring,” Bateman remarked upon taking the stage.

“I was lucky enough to start coming to this show a few years ago, but there were a lot of years where I wasn’t. And I’m sure that there are a lot of us in this room could say the same thing, and I know there’s a lot of our fellow union members that are not here or are not working as frequently as they might want to. And that was certainly the case for me for a long time.”

“You’re just one job away,” Bateman assured guild members not present at the ceremony. “You’re plenty talented. Hang in there.”

Outstanding performance by a female actor in a drama series went to Sandra Oh, who has received no shortage of accolades for her portrayal of Eve Polastri, a British intelligence agent slash serial killer hunter in BBC America’s “Killing Eve.” Oh scored an Emmy nomination for her work on the first season of the series, and took home a Golden Globe several weeks ago for her performance.

Despite her growing momentum, Oh will still need to translate her heat to the second season of “Killing Eve,” scheduled to premiere April 7 and the installment of the show eligible for September’s Emmy Awards. Oh’s win also ebbs the overarching campaign of “Ozark,” as the “Grey’s Anatomy” alum edged out both Julia Garner and Laura Linney for the award.

As for drama series, SAG fell back on an old favorite in NBC’s “This Is Us,” with the show taking home the award for the second consecutive year. The win was significant for the network series, after nabbing zero nominations for the Golden Globes held earlier in the month.

Patricia Arquette retained her stranglehold on outstanding performance by a female actor in a television movie or limited series on Sunday, with her portrayal of real-life criminal accomplice Tilly Mitchell in Showtime’s “Escape at Dannemora.” Arquette also triumphed in the category at the Golden Globes, but her victory meant disappointment for Emmy hopefuls from HBO’s “Sharp Objects’s” Amy Adams and Patricia Clarkson, as well as Emma Stone, who starred in Netflix’s “Maniac.” Fellow nominee Penélope Cruz from FX’s “The Assassination of Gianni Versace: American Crime Story” already scored a nomination for her role last year.

Meanwhile, Darren Criss added another trophy to his collection for his performance in “The Assassination of Gianni Versace.” In addition to his newly acquired SAG award, Criss previously won both a Golden Globe and an Emmy for his portrayal of serial killer Andrew Cunanan.

Next up for the television awards season is the Directors Guild of America on Saturday, February 2, at the Hollywood & Highland Center’s Ray Dolby Ballroom.

This Article is related to: Awards and tagged Amazon Studios, SAG Awards, The Marvelous Mrs. Maisel