Exclusive: The "Stranger Things" star grapples with his cultural identity in a film about bringing together those you love through the power of taste. 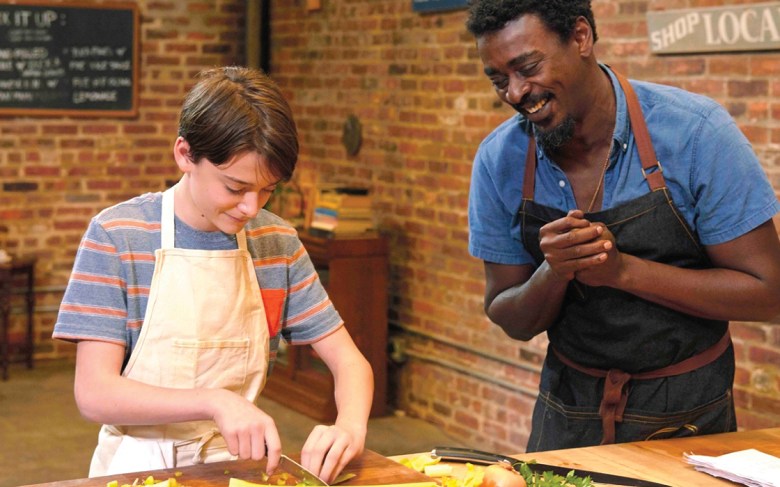 It may be a touch early to call it, but Fernando Grostein Andrade’s “Abe” appears to be putting in an early bid for this Sundance’s most charming film. It will certainly be the festival’s most charming film about an Israeli-Jewish kid with an identity crisis who attempts to find his way out of fraught familial connections through the magic of cooking. After all, who doesn’t like food? Such is the apparent theme of “Abe,” which stars “Stranger Things” lead Noah Schnapp in the eponymous role as a foodie on a tasty mission.

Per the film’s official synopsis: “The Israeli-Jewish side of his family calls him Avram. The Palestinian-Muslim side Ibrahim. His first-generation American agnostic lawyer parents call him Abraham. But the 12-year-old kid with a blog from Brooklyn just prefers, well, Abe. Abe, a foodie who loves to cook, has never had a birthday dinner without a fight about politics and this year, on his twelfth birthday, things couldn’t have been much worse. Feeling hungry and dispirited Abe sneaks away to a late-night food festival and chances upon the ‘Mix It Up’ Pop-Up run by Chico, an Afro-Brazilian chef from Bahia, who quit the high-end restaurant world to bring his special brand of fusion cuisine to the streets.”

And that’s not all! While Abe’s parents Amir and Rebecca recognize Abe’s talent and interest, they react in typical lame parent fashion: they sign him up for a summer cooking camp that doesn’t quite appeal to him. The whipsmart Abe has other ideas, however, and turns to Chico for mentorship. It all leads to one big question: “Can Abe craft the perfect meal and bring his family together?” In the film’s first trailer, the disconnect between his family is readily apparent — though, admittedly, it seems quite amusing — and it’s clear that Abe is about to whip something up amazing.

Check out IndieWire’s exclusive trailer for “Abe” below.

This Article is related to: Film and tagged Abe, Sundance, Trailers