In an interview at the IndieWire Sundance Studio, Crowe says that audiences will see proof of "lessons learned" in his next film. 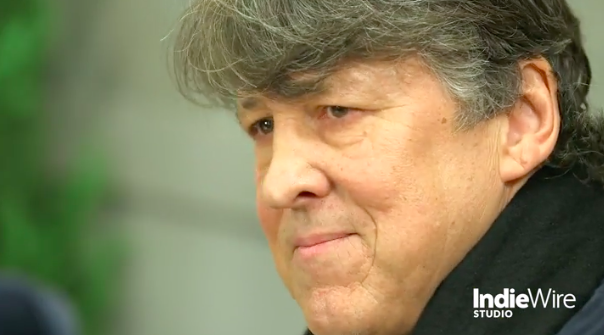 When Emma Stone shouted “I’m sorry!” following a Sandra Oh monologue joke at this year’s Golden Globe Awards, the director of the film that led to her part in the controversy heard it happen.

Cameron Crowe, whose 2015 feature “Aloha” cast Stone as a character of partial Asian descent, talked about the moment on Friday with managing editor Christian Blauvelt at the IndieWire Sundance Studio, presented by Dropbox.

“We worked on the character for about a year. The fact that she would find any turbulence and that that would happen is heartbreaking to me,” Crowe said. “So, lessons learned. And you’ll see them in the next movie.”

Following the film’s release, Stone’s character became a prominent example of Hollywood’s practice of “whitewashing” film and TV roles, the term for casting white actors as characters of color. A joke about the topic from Oh — she said “Crazy Rich Asians” was “the first studio film with an Asian-American lead since ‘Ghost in the Shell’ and ‘Aloha'” — prompted Stone’s spontaneous apology during the Golden Globes ceremony.

Crowe went on to clarify that he would be happy to work with Stone on another film, should the opportunity arise.

“These movies all are a journey. Sometimes the destination is not quite the one you set out to hit,” Crowe said. “But the joy of the journey is everything. Working with Emma was wonderful and hopefully we’ll have that chance again.”

Read More:Sundance 2019 Finally Looks Like the Future, But Will Audiences Embrace It? — Analysis

Crowe is at Sundance 2019 as the producer of a new documentary called “David Crosby: Remember My Name,” his first involvement on a film or TV project since his 2016 Showtime series “Roadies.” “David Crosby: Remember My Name,” directed by debut feature documentary filmmaker A.J. Eaton, tracks the life and exploits of the legendary musician. The film is screening as part of this year’s U.S. Documentary Competition alongside 15 other films and is screening at the festival through next Saturday.

Watch an excerpt of the full interview with Crowe below: