How I Edited That: Phyllis Housen takes IndieWire inside her process for cutting the riveting death row drama.

From her early career as an assistant editor on “Kill Bill” to her work on a number of intimate dramas, editor Phyllis Housen boasts a varied slate of experience. This year, Housen comes to Sundance with “Clemency,” Chinonye Chukwu’s piercing character study of a warden tasked with carrying out executions in a maximum security prison. Premiering in the U.S. competition, the film stars Alfre Woodard as Bernadine Williams, whose grim job begins to take a psychological toll after she forms an unusual bond with a death row inmate.

How did you begin your collaboration with Chinonye Chukwu on this film?

First of all, I was very happy to work with a female director on “Clemency,” and she had a real sense of what she wanted, which was excellent. My process is I come on a film first or second day of principal photography, and I basically follow the script and put everything in to create the editor’s cut, an assembly of the film which is a big fat lump. Everything but the kitchen sink, or even including the kitchen sink. That way, the director can come in and get to see everything they shot and know everything available to them.

How did “Clemency” evolve in the edit?

In the script, there was a lot more of an external world outside the prison, people who were supporting and protesting on both sides of lethal injection and the potential death of one of these inmates. There were a lot more television interviews and scenes with the inmate’s lawyer. But we found as we were editing the film that it became a much more internal story, and a lot of that fell by the wayside to intensify Alfre’s personal journey. In fact, we took audio from protestors who were actually outside, who we see early on, and play it while inside Alfre’s office. It became much more her experience of them.

That’s what happens in post. You get your clay from shoot, you have your script. You follow it along, but you find the movie starts to tell you what it wants to be. 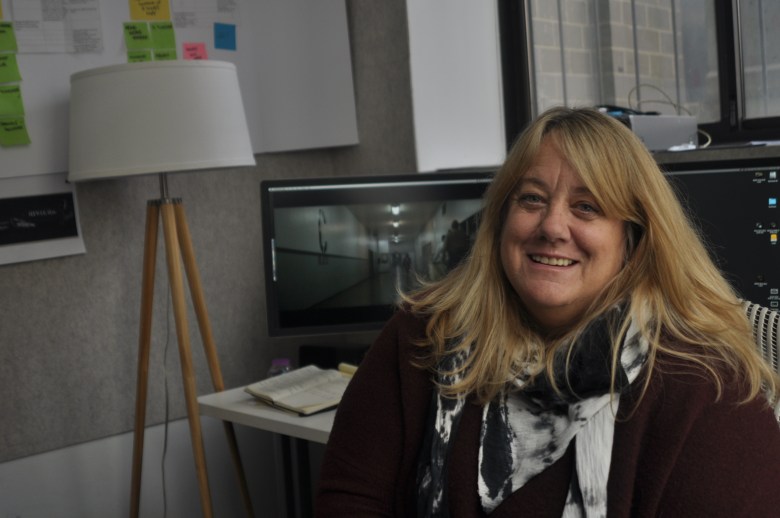 Can you give an example of that?

There were a couple of important set-pieces that bookend the film having to do with lethal injection. Things don’t go exactly as they plan, and in this calm world, chaos ensues. In these scenes there are a lot of moving pieces, and I had to put them together to create a sense of reality in that room.

Towards the end, there is another big scene which is really the heart of the movie, between two actors having a conversation through glass at the prison. With scenes like this, I try to find the best performance from each actor by watching one at a time. Are they high enough here? Do they get too hot too fast? Then I’ll do the other character and watch their scene, and their work. Do they cry or break too quickly? After that, you watch both of them and regulate. It’s very musical. I see it in my mind as a musical staff, and all the notes that are in the scene.

How long have you been working on Adobe Premiere Pro, and how does it help your process?

Six or seven years. I was a die-hard Final Cut 7 user, and I didn’t want to give it up. I stayed with it until the software really couldn’t handle the data anymore. It just kept falling apart and crashing. So I jumped to Premiere Pro, and I love it. I’m pretty Mac-savvy and the interface has that Mac feel to it, that everything is intuitive. It’s very helpful for organizing material. I have the assistants put all the dailies in by scene and by size.

And then with versioning, you have a full library of every cut you’ve made of the film. So if there’s something that you remember from a couple weeks ago that you had taken out, it’s easy to go back and find it, extract it, and paste it into your new timeline.

How did you take advantage of Adobe Creative Cloud when collaborating with other post-production craftspeople?

We were editing at the post house, Tunnel Post in Santa Monica, so we had full workflows on dailies all the way through color. They used After Effects. So if there was something that we needed, they had access to our dailies, because they created them, and they would create temp effects as we went along. The vertical integration of the suites makes it really seamless, and there’s never any glitches. They can take what I give them and return it to me, and it’s as if we’re all working in the same project.

This article is in partnership with Adobe.

This Article is related to: Uncategorized and tagged Adobe, Alfre Woodard, Sundance, Toolkit