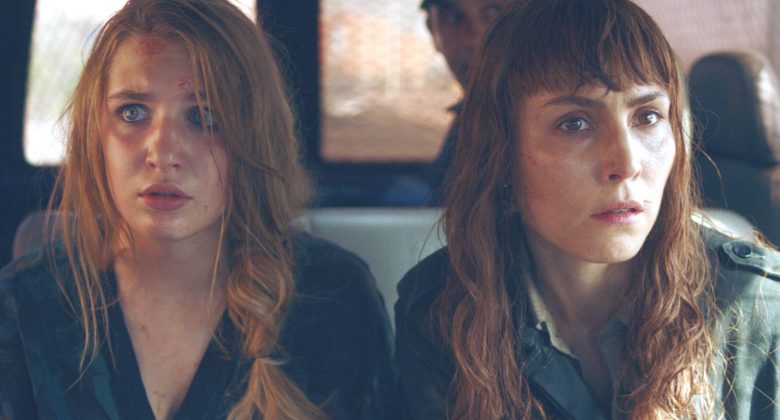 Since breaking through to U.S. audiences after her electric turn in the original Swedish versions of “The Girl with the Dragon Tattoo” and its sequels, Noomi Rapace has forged a fruitful career playing no-nonsense, ass-kicking women in mostly genre fare. She earned positive reviews as the lead in Ridley Scott’s “Prometheus,” though the film was not so fortunate. She struck out again with another critical flop, the Will Smith vehicle “Bright,” a poorly-received stab at Netflix Originals programming. Undeterred, Rapace is returning to Netflix, this time working with director Vicky Jewson on an almost entirely woman-led thriller, titled simply “Close.”

The official synopsis reads: “Inspired by the life of the world’s leading female bodyguard, Jacquie Davis. The film stars Rapace as Sam, a counter-terrorism expert used to war zones, who takes on the job of protecting Zoe (Sophie Nélisse), a young and rich heiress — a babysitting job for her. But a violent attempted kidnapping forces the two to go on the run. Now they’ve got to take some lives, or lose theirs.”

Nélisse began her career as a child actor, most notably starring in the French-Canadian film “Monsieur Lazhar” from 2011, which followed a Montréal teacher who accepts a substitute job at an elementary school after the previous teacher commits suicide. From the trailer, “Close” appears to star Indira Varma in a deliciously ominous role. A “Game of Thrones” fan favorite, Varma plays Ellaria Sand, the paramour of Prince Oberyn Martell of Dorne.

“Close” marks the third feature from British writer/director Vicky Jewson, whose previous films include “Lady Godiva” and “Born of War.”

Rapace is currently in pre-production on “Callas,” a biopic about the legendary opera singer from “Whale Rider” director Niki Caro, in which she plays Maria Callas.

“Close” will debut Friday, January 18 exclusively on Netflix. Check out the trailer below.