"It wasn't like I planned it, but I did say it," Stone confirmed to the Los Angeles Times. 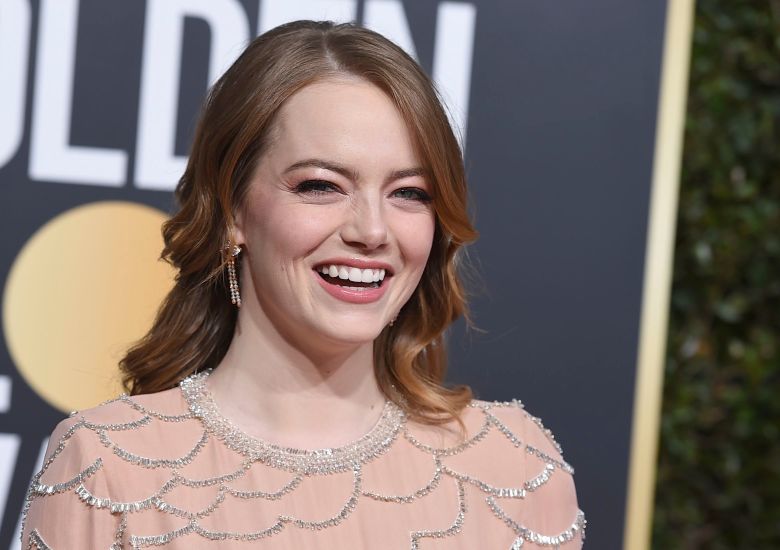 Emma Stone has confirmed to the Los Angeles Times she was the one viewers heard yelling “I’m sorry!” after 2019 Golden Globes hosts Andy Samberg and Sandra Oh made a joke about her casting in the 2015 Cameron Crowe romantic-comedy “Aloha.” Oh was giving praise to “Crazy Rich Asians” when she joked, “[The film] is the first studio film with an Asian-American lead since ‘Ghost in the Shell’ and ‘Aloha.'” Stone promptly yelled out an apology.

“It wasn’t like I planned it, but I did say it,” Stone told the Times.

“Aloha” has long been one of Hollywood’s most egregious examples of whitewashing after casting Stone as Air Force pilot Allison Ng, a character who is meant to be of one quarter Chinese and one quarter Hawaiian descent. Stone didn’t take long to apologize, reacting to the whitewashing backlash in 2015 by saying she was sorry and that the casting controversy forced her to “learn on a macro level about the insane history of whitewashing in Hollywood and how prevalent the problem truly is.”

“There’s a lot of conversation about how we want to see people represented on screen and what we need to change as a business to reflect culture in a clearer way and not in an idealized way,” Stone told the press. “There are some flaws in the system. My eyes have been opened in many ways this year.”

Stone’s reactionary yell was the second to occur during Samberg and Oh’s monologue. While joking about Lady Gaga’s “100 people in the room” quote from her “A Star Is Born” press tour, the musician and actress was seen holding on to co-star and director Bradley Cooper and humorously shouting, “It’s true!”

Stone was nominated at the Golden Globes this year for Best Supporting Actress in a Motion Picture for her performance in Yorgos Lanthimos’ “The Favourite.” Stone has picked up similar nominations from the SAG Awards and the Critics’ Choice Awards. “The Favourite” is now playing in theaters.

This Article is related to: Film and tagged Aloha, Emma Stone, Golden Globes