Quit feeling sorry for her character. 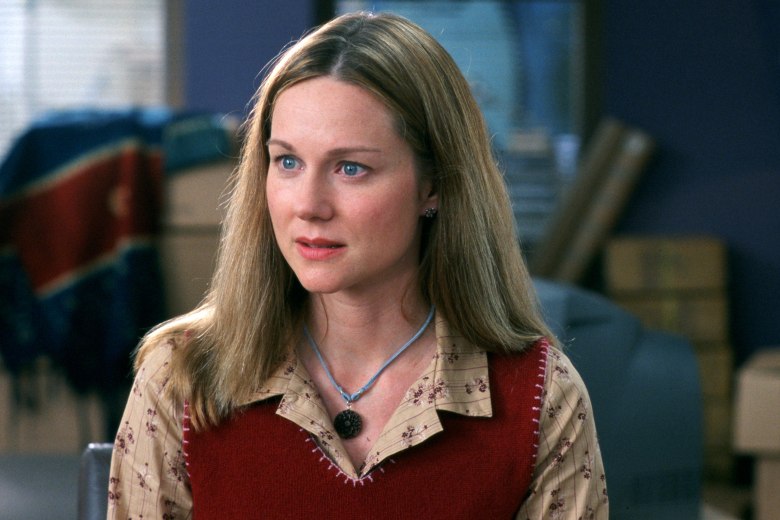 “Love Actually” grows more controversial by the year, with diehard fans considering it a peak rom-com and detractors decrying it as shallow and manipulative. Laura Linney isn’t here to weigh in on the debate — though, considering she was part of the ensemble cast, one imagines she at least likes the film — but she does fondly recall one of her most memorable scenes. “People feel sorry for me, but they shouldn’t. I really believe I got the best kiss in that movie, hands down,” she said about her sequence opposite Rodrigo Santoro on “The Graham Norton Show.”

“It was sweet because be were both very brokenhearted when we made that movie. He had just been dumped, I had just been dumped,” Linney added. “I remember the day we were gonna go shoot the scene, we both sort of slumped to the van. He was like, Laura, ‘My heart is broken.’ I was like, ‘So is mine.’ I turned to him and said, ‘Well, all day long we get to make each other feel better.’ And I think there is a sweetness to the scene because of that — we were both very sad.”

Keira Knightley, however, doesn’t seem to recall the film as well. “I don’t remember, who do I end up with?,” she said during a video interview last year. “I’m with my husband, aren’t I? Aren’t I with Chiwetel Ejiofor? I’ve only seen it once, and it was a really long time ago. So I don’t go off with Andrew Lincoln?”