Arbelos Films is re-releasing his early-career black-and-white drama as part of a national tour. 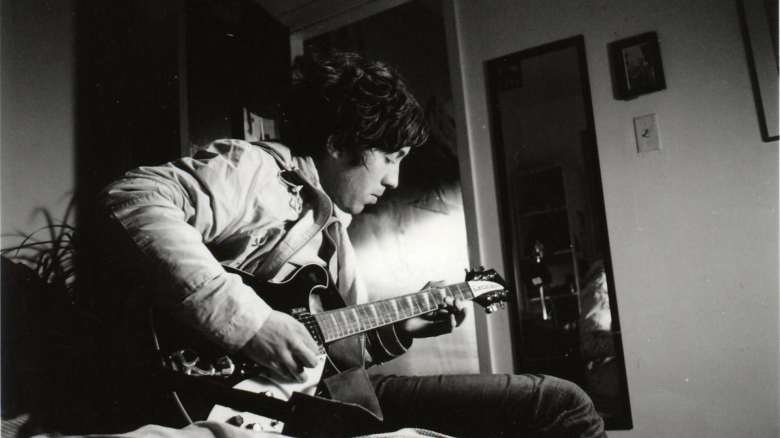 Fourteen years later, “Mutual Appreciation” is returning to theaters. Andrew Bujalski’s sophomore feature — preceded by “Funny Ha Ha” and followed most recently by “Computer Chess,” “Results,” and “Support the Girls” — helped him earn the “godfather of mumblecore” nickname, for better and for worse. Arbelos Films is re-releasing the black-and-white drama, which Bujalski co-starred in. Watch the trailer below.

Here’s the logline: “An instant critic’s darling upon its release in 2006, ‘Mutual Appreciation’ is at once an utterly timeless and distinctly mid-aughts portrait of the ebb and flow of twenty-something life in New York City. Richly observed and deeply humanist, the film follows Alan (Justin Rice), an aspiring musician, who crash-lands in town following the breakup of his band in Boston, immediately taking up with his old friends Ellie (Rachel Clift) and Lawrence (Bujalski) while negotiating the affections of a local radio DJ (Seung-Min Lee). In the tradition of Éric Rohmer, John Cassavetes and Jacques Rivette, Bujalski crafts a deft yet unassuming generational statement that finds its inspiration less in plot than in sharply drawn relationships and captivating conversations. Lovingly lensed in intimate 16mm black & white film, ‘Mutual Appreciation’ is a generous and witty ode to the friendships that hallmark our awkward and enthralling post-collegiate years.”

Justin Rice and Rachel Clift star in “Mutual Appreciation,” which first premiered at South by Southwest in 2005. The new 2K restoration comes from the original 16mm camera negative and will tour throughout the country: It arrives in New York on January 22 and will then make its way to Philadelphia, San Francisco, Seattle, and beyond. It will hit digital and special edition Blu-ray in April.