The second episode of the series featured Minhaj making critical comments about Saudi Arabia following the murder of Jamal Khashoggi. 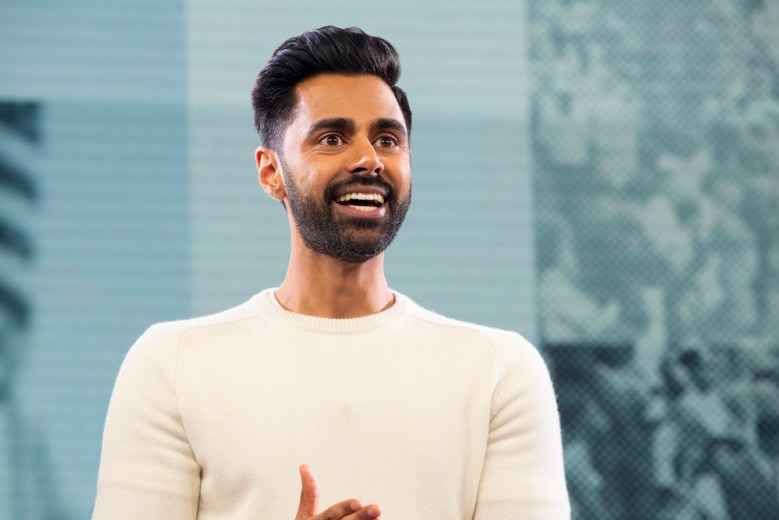 Netflix is under fire from journalists and human rights group Amnesty International after making the decision to remove an episode of Hasan Minhaj’s show “Patriot Act” in Saudi Arabia. The episode in question was the series’ second installment, which featured Minhaj being highly critical of the Saudi Arabian government following the murder of the dissident Saudi journalist Jamal Khashoggi.

“Now would be a good time to reassess our relationship with Saudi Arabia,” Minhaj said during the episode, “and I mean that as a Muslim and an American.”

Minhaj continued by slamming Saudi Crown Prince Mohammad bin Salman, who the CIA has said is responsible for Khashoggi’s murder. “MBS asked, ‘Why the outrage?’ and frankly, MBS’ confusion is completely understandable,” the comedian said. “He has been getting away with autocratic shit like [Khashoggi’s killing] for years with almost no blowback from the international community.”

“The revelations about Khashoggi’s killing have shattered that image and it blows my mind that it took the killing of a Washington Post journalist for everyone to go: ‘Oh I guess he’s not really a reformer,’” Minhaj also said.

Netflix pulled the episode off its streaming platform in Saudi Arabia after receiving a takedown request from the Saudi government’s Communications and Information Technology Commission. The company issued a statement defending itself, saying, “We strongly support artistic freedom worldwide and only removed this episode in Saudi Arabia after we had received a valid legal request — and to comply with local law.”

In a statement released by the Associated Press, human rights group Amnesty International said “Netflix is in danger of facilitating the kingdom’s zero-tolerance policy on freedom of expression and assisting the authorities in denying people’s right to freely access information.”

Washington Post editor Karen Attiah has also been highly critical of Netflix’s decision, calling the removal of the “Patriot Act” episode “quite outrageous.” “Why was Netflix quick to say it was a ‘valid’ legal request from the Saudi government?” Attiah asked. “Especially considering that the KSA cybercrime law is quite broad. Did Netflix try to push back?”

As stated in the Saudi anti-cyber law, “production, preparation, transmission, or storage of material impinging on public order, religious values, public morals and privacy” is banned from the internet. The law is widely cited by journalists as censoring free speech online.

IndieWire has reached out to Netflix for further comment.

.@hasanminhaj of @patriotact has been a strong, honest and (funny) voice challenging Saudi Arabia + Mohammed bin Salman in the wake of #khashoggi’s murder. He brought awareness about Yemen.

Quite outrageous that @netflix has pulled one of his episodes critical of Saudi Arabia.

For clarity, the episode was taken down in Saudi Arabia.

Some questions about @netflix’s move to pull down the @patriotact episode in Saudi Arabia:

1) Why was @Netflix quick to say it was a “valid” legal request from the Saudi govt? Especially considering that the KSA cybercrime law is quite broad

This Article is related to: Television and tagged Hasan Minhaj, Netflix, Patriot Act