Richard Stanley will direct the new film about a man whose family is dealing with an alien force that's changing everything around them. 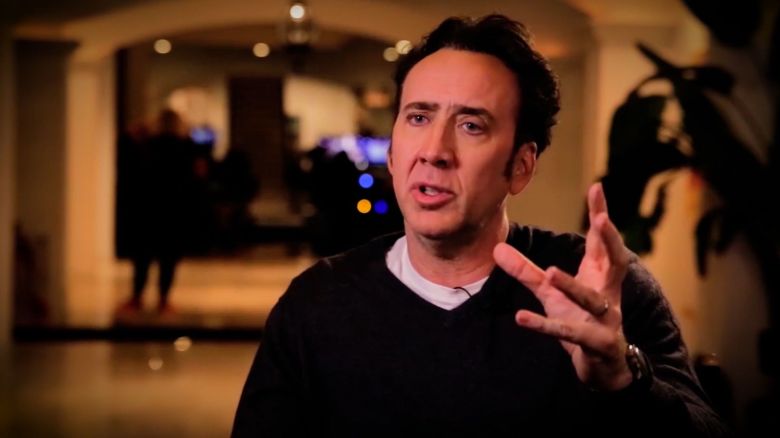 It took a few decades, but Nicolas Cage and H.P. Lovecraft are finally combining forces. SpectreVision has announced the actor will be starring in “Color Out of Space,” a new adaptation of the legendary author’s short story. The film is set to be the latest collaboration between Cage and SpectreVision, which last year brought audiences the midnight movie sensation “Mandy.”

Although starring Cage and backed by the “Mandy” producing team, “Color Out of Space” boasts a different director: Richard Stanley, who directed the 1990 sci-fi thriller “Hardware” and was the original director of the infamous 1996 version of “The Island of Dr. Moreau.”

“Color Out of Space” will star Cage as a man whose family starts to be affected both physically and psychologically by the crash landing of a meteorite. When the incoming space chunk brings with it a mysterious alien force, some significant changes begin to happen. The rest of the “Color Out of Space” ensemble includes Joely Richardson, Q’orianka Kilcher, Tommy Chong, Elliot Knight, and Julian Hilliard.

Lovecraft’s original short story, “The Colour Out of Space,” was first published in 1927 and has since gone on to inspire multiple other screen versions, beginning with a loose 1965 adaptation called “Die, Monster, Die!” starring Boris Karloff.

Of course, this new venture and “Mandy” aren’t the only extreme entries in Cage’s recent filmography. At a film festival back in December, Cage touted his recent work with famed director Sion Sono as possibly “the wildest movie I’ve ever made, and that’s saying something…I wear a skintight black leather jumpsuit with grenades attached to different body parts, and if I don’t rescue the governor’s daughter from this state line where they’re all ghosts and bring her back they’re gonna blow me up.”

“Color Out of Space” currently does not have a release date.

This Article is related to: Film and tagged Color Out of Space, Nicolas Cage, Richard Stanley