The "Hunger Games" and "Crazy Rich Asians" producer shared some of her insights. 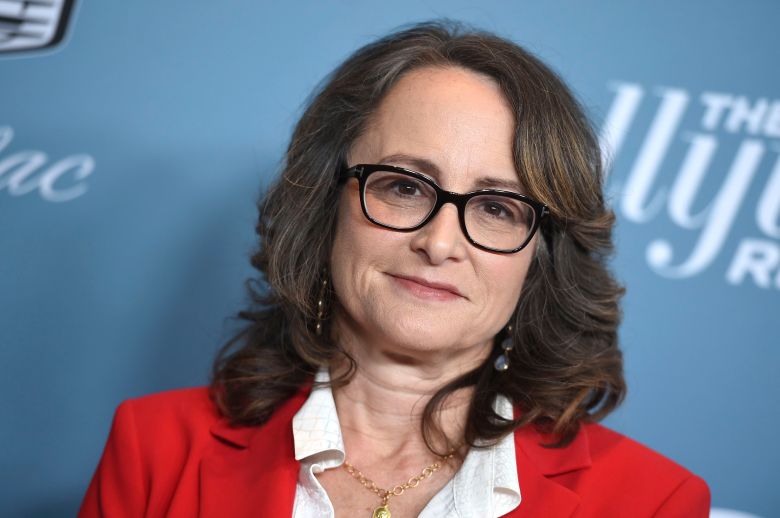 Nina Jacobson just delivered the keynote speech at Sundance’s Producers Brunch, sharing some of the insights she’s accrued during her decades-long career as a film executive. Jacobson, whose credits include “The Hunger Games,” “American Crime Story,” and “Crazy Rich Asians,” spoke about her experiences with everyone from M. Night Shyamalan to Wes Anderson — as well as the conventional wisdom she’s seen slowly upturned in recent years.

Read her full speech, which was shared exclusively with IndieWire, below:

“I spent the first two thirds of my career as a studio executive living in dread of ever becoming a producer. Why in the world would I want to be a seller who had to sit in an uncomfortable chair on set, when I could be a buyer sitting in a nice Eames chair in my office?

“The only reason I became a producer was because I got fired. When it happened, I refused to give one of those transparent quotes that fired studio executives always give, saying it was their choice to step down and finally pursue their lifelong dream of becoming an independent producer. I insisted on making sure the whole world knew I was fired. Becoming a producer was more of recurring nightmare than a lifelong dream. And yet here I am 13 years later standing before my fellow producers, proud to be one of you and unable to imagine being anyone else.

“A lot has changed in the years since I shed the suit. Back then, I had the freedom to say yes to a huge variety of films. I could say yes to big movies and small ones, to comedies and dramas. I made big movies with Pirates, Princesses and White Witches but also filmmaker driven movies with Wes Anderson, Night Shyamalan and John Lee Hancock. During my tenure at Disney, we had multiple labels that could accommodate just about any movie that felt like it might work in the marketplace. Even when a movie didn’t soar at the box office, it rarely crashed and burned thanks to the safety net of home video sales. The ground started to shift in my last few years as an executive. We went from making 22 movies a year to 12. The emphasis moved from eclecticism, something for everyone, to more branded content. You can’t really fault the strategy. In the years that followed my departure from Disney, they became a juggernaut of the most beloved cinematic brands in the world.

“Although dominating the marketplace does sound fun, what I loved about being an executive was not the power but the freedom. But that was 2006. Today, I would not don the suit again because I believe we have far more of that freedom as producers than even the most powerful studio boss. Back then, my firing felt like a cold-blooded execution, but from the perspective of 2019, I think it of it more as a cold-blooded mercy killing. Most traditional studio executives manage a slate that is dominated by franchises and sequels, with only a few slots a year for free balls. And those are scrutinized within an inch of their lives.

“We producers may not be compensated as well or as consistently as our executive counterparts. They don’t get paid less because a movie they are supervising needs to get “made for a price”. No matter what size the project, we all have to fight for every dollar, every time. But the demand for content and the range of distribution options give us unprecedented creative freedom to tell stories that compel us. We can make short form, long form, TV and film, broadcast, cable, theatrical or streaming. What we do with that freedom is up to us.

“The power used to lie with a handful of studios and networks, who controlled both the means of production and the means of distribution. With that power came rules. Here are a few I was “taught” as a young executive:

“The underlying assumption was that white men were the O positive blood type of representation. The idea that you can never go wrong with a white guy was promoted primarily by white guys.

“I tried to challenge some of those rules as a studio executive. We made movies I loved like Freaky Friday, Princess Diaries and Under the Tuscan Sun. I got to give Audrey Wells, Justin Linn and Angela Robinson their first studio directing jobs. I cast Anne Hathaway and Amy Adams in their first leading roles, and Julie Andrews and Jamie Lee Curtis in not their first leading roles. We hired more women and people of color than we had in the past, but I did not implement systemic changes that could outlast me.

“My first year as a producer was pretty humbling. Nobody seemed to call me unless I called them first. I no longer had my hands on the levers of a giant machine that functioned to make, market and distribute movies and I felt utterly irrelevant. My days would yawn before me as I took endless general meetings that went nowhere. There was a lot more driving involved. Nobody ever tells you about the driving. I had no confidence in my ability to succeed as a producer and hoped that I wouldn’t have to be one for very long. It wasn’t all bad. I had my own bathroom for the first and only time in my career and I could bring my dog to the office, which was a lifelong dream. But the only power I had was the power to read a lot.

“I got my first taste of producing when Dreamworks put me on a movie with Brad Simpson that they wanted to make before the writers strike of 2008. We hired a director and a production designer and opened an office. When I got yelled at by the president of production, I finally felt like a producer! Then our director rewrote the script, making it much worse and wouldn’t agree on a leading man the studio was willing to hire. Our flashing green light turned into a permanent red one. Producing sucked, just like I thought it would. The only good news was Brad, who would become my producing partner.

“I focused on acquiring material that spoke to me. I didn’t realize it at the time, but I was no longer paying attention to the rules I had been taught. We made Diary of a Wimpy Kid and then The Hunger Games came along. It turned out that you could make a movie with a kid as the lead and that men and women had no trouble at all identifying with a female protagonist. Audiences of all ages and genders could see themselves in a complex heroine who wasn’t defined by her love life.

“Instead of depending on a studio brand to focus my efforts, the voice of authorship became my North Star. Brad and I took the leap into television. The landscape had opened up to new formats like the limited series and we wanted the freedom to tell stories that had been beyond our reach before. As we dove into The People vs OJ Simpson, The Assassination of Gianni Versace and then Pose, we tried to create empathy for characters audiences might not have thought worthy of it. We aspired to harmonize the singular voices of authors, writers, directors and department heads and make the unseen seen.

“Although we’ve never had any strategy other than finding material we instinctively love and trying to make it good, in looking back at our slate, I realize that we’ve built a company that calls bullshit on all the rules I was taught as an executive. And, as the market has changed, we’ve found that we have the freedom to do that, which is something I never could have imagined from my desk back in 2006. We get to decide what we make, and no one can tell us it doesn’t fit into our brand.

“We started to take more chances in order to protect the stories we wanted to tell from the rules we knew too well. We feared that Crazy Rich Asians would never get made if we developed it inside the studio system or that we would be forced to make compromises that undermined everything that made it special. We developed it independently until we were ready to go to the market with a script, budget and Jon Chu’s incredible vision. Plenty of studios passed, but we got enough yeses to be able to make a choice between theatrical and streaming. We chose Warner Brothers because we felt the movie would have a greater impact in theaters than it would in homes.

“We have never felt more liberated to tell stories that inspire us than we do now, thanks largely to a market that has shifted in our creative favor over the last 13 years. We have entered the Era of the Producer, in which the people in this room have unprecedented freedom. If something is good, you will find a way to make it and it will be seen. That freedom gives us the power to break the rules and remake them. The new rules should be inclusive rather than exclusive, expanding the range of stories and storytellers. Where there is underrepresentation, there is opportunity. I know that freedom is not the same as power. The hands that hold the purse strings are still mostly white and male and the struggle to achieve meaningful diversity on set and on screen will not be won without a fight. Audiences are hungry for new voices and it is our job to make sure they are heard. The power of representation should be shared, not hoarded.

“I’ve realized in writing this speech that those are the rules that guide us; that is our brand. There’s no job out there that could compare, no fellowship I’d rather belong to than yours. Although I really do wish the chairs were more comfortable.”

This Article is related to: Film and tagged Nina Jacobson, Sundance