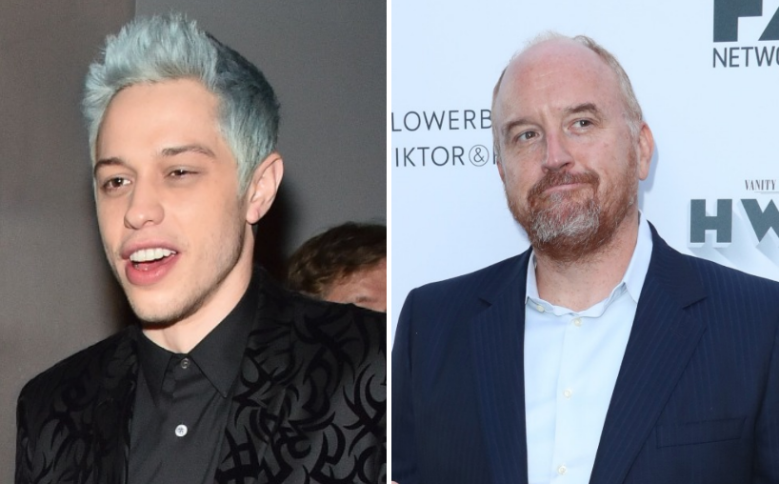 Pete Davidson spent New Year’s Eve in Boston performing a stand-up set at the Chevalier Theatre that is making headlines for the “Saturday Night Live” star’s comments about Louis C.K. Davidson’s set took place shortly after C.K. stirred up controversy with jokes about gender pronouns and Parkland survivors. C.K.’s jokes were from a stand-up set that leaked online December 30. Davidson addressed C.K. by joking about the controversial comedian’s death.

As reported by US Weekly, Davidson told the crowd, “I got a ‘Harry Potter’ tattoo. Then the next day Alan Rickman, the guy who played Snape, died and I was like, ‘Oh, what a weird coincidence.’ Then I got a Willy Wonka tattoo. Next day — Gene Wilder dies. Now I’m like, all right, that’s a coincidence, that’s weird. So I’m thinking of getting a tattoo of Louis C.K., what do you guys think? That joke used to be about Aziz Ansari, but Aziz has been nice to me recently.”

Davidson went on to tell the audience that C.K. once tried to get him fired from his “Saturday Night Live” gig for smoking marijuana. C.K. hosted an episode in April 2017 and, according to Davidson, “told all the producers in front of me that all this kid does is smoke weed and he’s gonna smoke his career away.” Davidson added that C.K. also went to “SNL” creator and executive producer Lorne Michaels to complain about how he “smokes so much weed that it makes people uncomfortable.”

“Then five years later this motherfucker’s been locking doors and jerking off in front of people,” Davidson concluded.

This Article is related to: Television and tagged Louis C.K., Pete Davidson