Executive producers Jeph Loeb and Steve Lightfoot hope that Netflix will bring back the Marvel series, but said that it's the streaming giant's decision. 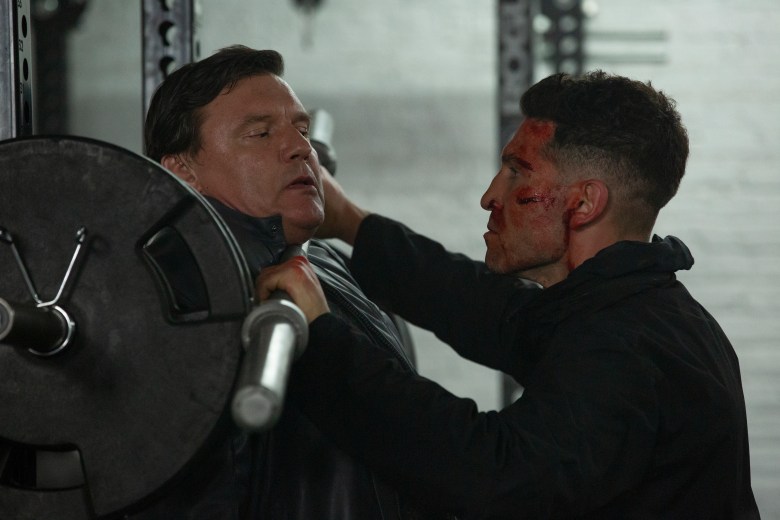 Marvel Television executive vice president Jeph Loeb is all too open about why, of all the comic book adaptations he currently produces for television, showrunner Stephen Lightfoot’s “The Punisher” is one of the most complicated.  In the gritty Netflix series, avenging angel Frank Castle (Jon Bernthal) has chosen to channel his grief over losing his family into an all-consuming vengeance quest.

“The greatest challenge of the Punisher character is that you have someone who lives in the world of the gray, and you have someone whose immediate answer to many situations is one of real violence,” Loeb said. “He’s very disturbed as a character, he’s very damaged as a character. And so, we happen to think that the take that Steve brings to it and the way that Jon plays the character enables us to see him in a light that you could root for him, I don’t know that necessarily you understand him or agree with him, but if we put him in the right situation, you want him to win, and that’s important.” 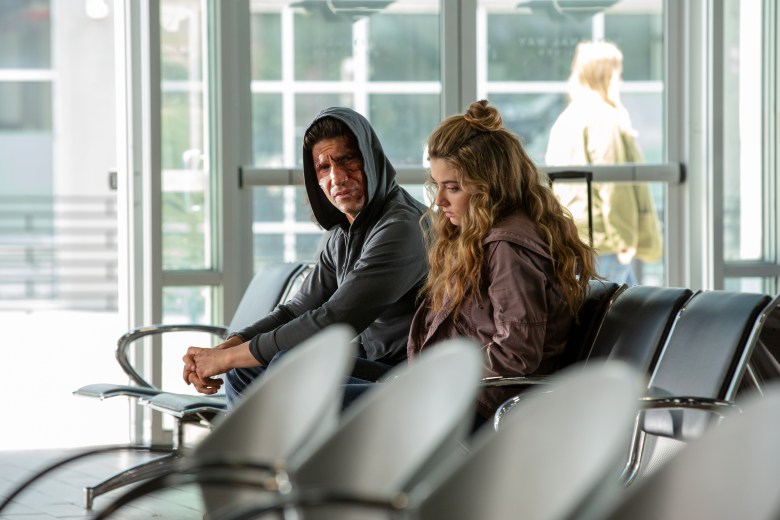 Not that Frank doesn’t have plenty going on. Lightfoot knew that while Season 1 would have to be about Frank’s ongoing grief over the loss of his family, Season 2 would have to be different. “One thing that I had going into Season 2 was, it can’t be that again,” he said. “There can’t be someone else that was there that day that he forgot about. It needed to broaden out from that.“

Lightfoot pointed to Bernthal’s approach as especially important in that equation. “There’s no vanity in his acting, and he’s not too worried about being liked all the time,” he said. “He’s very happy to take Frank to a place where he might lose the audience, because Jon didn’t want him to be the hero all the time. He’s happy for him to be very morally complex.”

Thus, once that goal came together, “it was then about who were the people we’re gonna put around him that Frank can care about and that he’s gonna fight for this time?”

The answer was Amy (Giorgia Whigham), the plucky young teen with whom Frank develops a paternal bond. “The fatherhood stuff really spoke to me, and I thought it was really interesting then, the idea of putting him with a young girl that was in many ways a surrogate for his daughter. And playing with that dynamic became very attractive to me, and everything spun out from that,” he said.

But it wasn’t exactly a traditional take on this sort of relationship, as Loeb explained. “We’re both huge of Luc Besson’s ‘The Professional,’ and the idea of putting a young woman, who at the beginning, has … I think, distaste is a mild word, for the acts of violence that are going around her. And by the end, comes to really embrace, in a heartbreaking way, who Frank is,” he said.

“And that’s something that if the audience goes along for the journey and feels that way, then we’ve really done our job well and Jon Bernthal has done his job well, because Frank lives in a very moral gray that we’d like to see,” he said. “It’s one of the great things about Marvel heroes is how do you then get someone to root for them, and that’s what Amy did for us, and Giorgia played it brilliantly.” 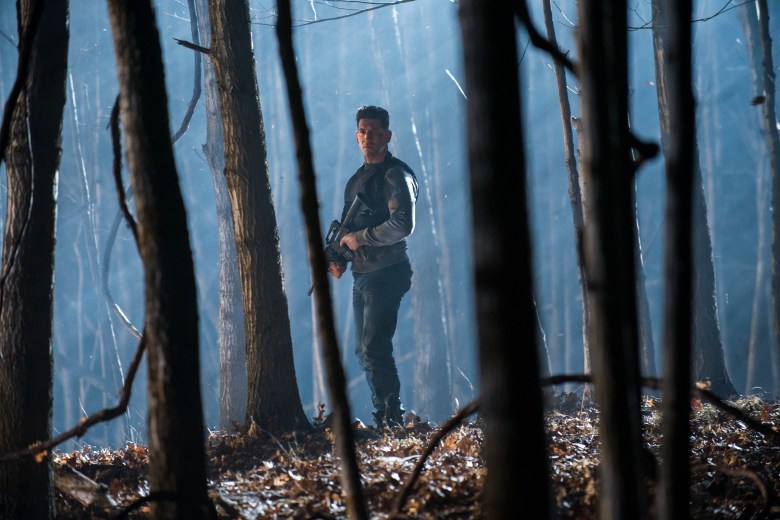 One of the recurring consequences of “The Punisher” Season 2 is that over the course of 13 episodes, nearly every member of the show’s very attractive cast sustains some sort of serious facial wound. IndieWire brought it up almost as a joke, but Loeb took it seriously, as “the curse of being associated with Frank Castle… It really is much more is a commentary on the fact that once you touch the hand of violence, it doesn’t let go. And you can think that you’re gonna walk away from it, you can think that you could find happiness someplace else, but once you’ve done the things that people like Billy have done, you’re not gonna get away with it at the end.”

The tricky thing Lightfoot knew when approaching the season was an awareness that Amy’s story would need to be wrapped up to some degree by the finale. “If you take Frank too far down a character arc, the guy potentially gets happy with himself, starts running a bar, and there’s no Punisher,” he said. “I think every season is about who do you put around him, as Jeph said, to drive him and to give him a story that we can then root for? And so, those people need to be different every season.”

“I’ve found the joy of the Netflix show is because the way we write them, and that they’re streamed all at once, it’s quite novelistic. Each episode is a chapter in a novel. Hopefully, the hope is always that there will be 10 Frank Castle novels on the service.”

The future of the show is undefined, especially given that in recent months, Netflix has not been renewing new seasons of its Marvel shows. 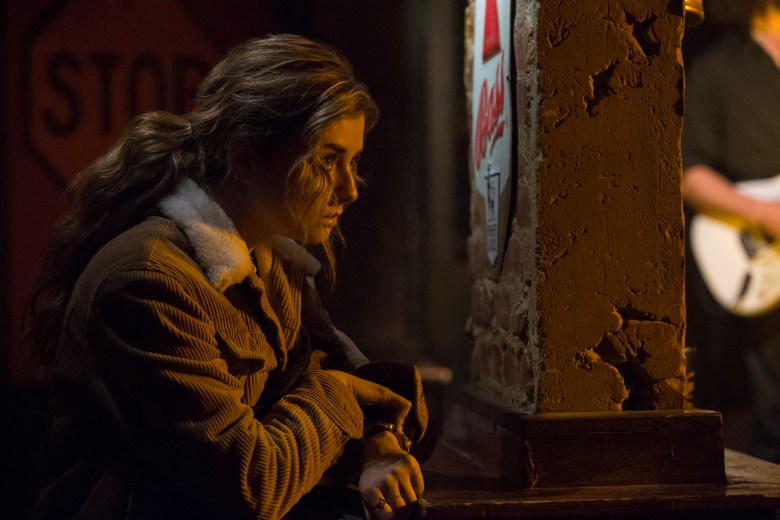 “It’s an unfortunate reality to any relationship between a network and a studio in that the network always has the right at any time to cancel a show,” Loeb said. “And we’ve been very lucky that our shows have lived on, and that we’ve had the fun, but everyone can name a show that they love that has gotten canceled. But we do, and I think we’ve made it very clear, that this is not our call. This is Netflix’s call.”

Should the show get renewed, Lightfoot does say that he has a pretty good idea of what Season 3 would entail. “Normally, by the time I end a season, I’m completely in the mode of the show for me. And so, I’m usually personally in a position where I could finish shooting Season 2 and just run straight into Season 3 because I’m excited about what it might be. So, I’ve got a pretty good idea about what it would be, should we get the go-ahead.”

If the show were not to be renewed, Lightfoot said that “I’ll be very sad, because I’d love to make 10 of them. I love the show.”

But, he added, “my approach has always been with every show, make each season like it’s your last. Like, don’t leave anything in there you love, because you might not get a shot. It’s always been the nature of the business. But the goal at the end of Season 2 was to leave it at a place where people went, ‘Awesome, I can’t wait for Season 3.'”

“And that may yet still happen,” Loeb added.

“Marvel’s The Punisher” Season 2 is streaming now on Netflix.

This Article is related to: Television and tagged Jeph Loeb, Marvel's The Punisher, Steve Lightfoot