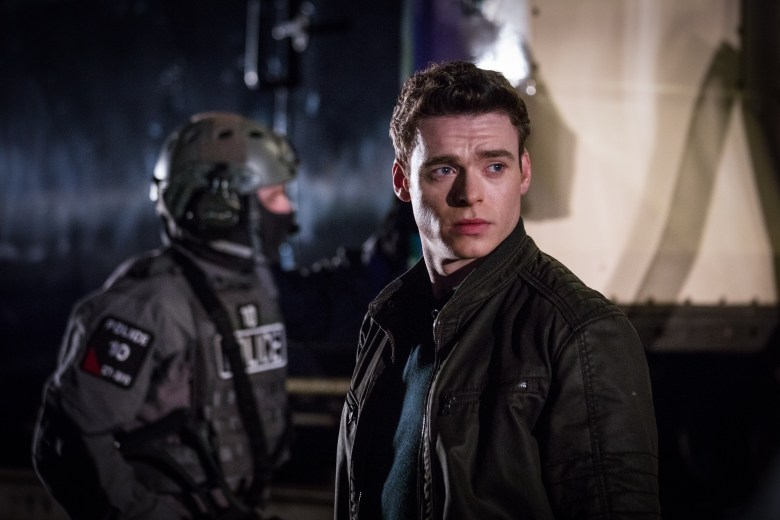 Up against a crowded field, Richard Madden won Best Actor in a TV Drama on Sunday night at the 76th Golden Globes.

The category had one of the most wide-open collections of nominees at this year’s awards, with all five actors having a decent shot at taking home at statue. Ultimately, Madden won on his first try for playing David Budd in “Bodyguard,” a security guard who becomes more than just a hired hand for the British Home Secretary on the Netflix sleeper hit.

Madden thanked co-star Keeley Hawes and his parents, who he said flew all the way from Scotland for the evening.

Madden was one of a pair of actors from Netflix shows nominated in the category, along with Jason Bateman (“Ozark”), who was recognized for the second consecutive year. Stephan James, after missing out on being recognized for his lead role in Barry Jenkins’ film “If Beale Street Could Talk,” picked up a nomination for his work on the Amazon show “Homecoming.”

It was the last chance for Matthew Rhys to take home the category at the Globes, following the finale of “The Americans” last May. Rhys won the category at last September’s Emmy awards.

Porter, nominated for his work as Pray Tell the emcee on FX’s “Pose,” was part of a trio of first-time nominees, along with Madden and James. Bateman was the only nominee in this category whose show was not also nominated in the category for Best Drama Series.

The Globes have shied away from giving this award to the same performer in back-to-back years. Though Jon Hamm bookended his run as Don Draper on “Mad Men” with Globe wins, the last actor to take home consecutive prizes was Hugh Laurie during the heyday of “House” in 2006 and 2007.

This Article is related to: Awards and tagged Golden Globes, Matthew Rhys, The Americans