He said that the festival no longer needs an introduction and he may "move on to a different place" that focuses more on the movies. 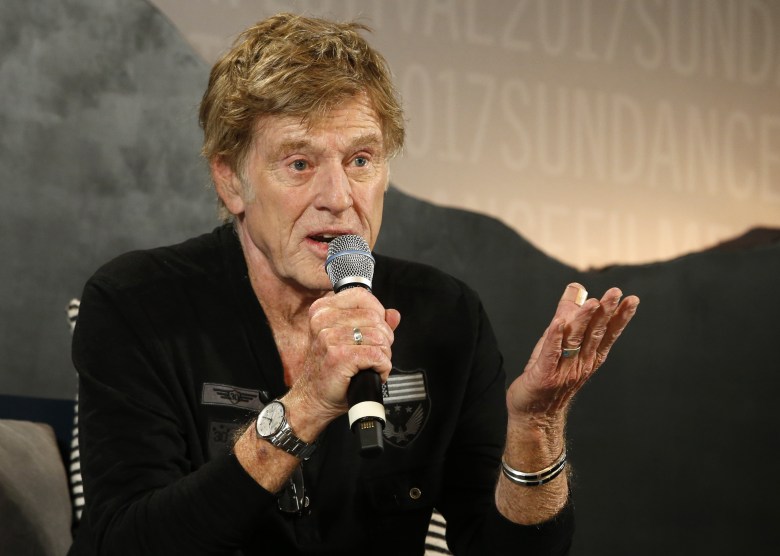 As always, Robert Redford appeared at Sundance’s Day One Press Conference moments ago to officially kick off the festival. But unlike in past years — 34, to be precise — he left after delivering a few brief remarks and suggested that the time has come for him to “move on to a different place” that allows him to focus more on the actual movies now that the festival requires little to no introduction.

“I think we’re at a point where I can move on to a different place, because the thing I’ve missed over the years is being able to spend time with the films and with the filmmakers and to see their work and be part of their community,” Redford said at the beginning of the hourlong press conference. “I don’t think the festival needs a whole lot of introduction now — it runs on its own course, and I’m happy for that, so let me just say I am grateful that you’re here.”

Redford then thanked the festival’s many volunteers before bringing out Sundance Institute Executive Director Keri Putnam, who delivered her own remarks from the podium; notably, she revealed that 63 percent of credentialed press members at this year’s festival come from underrepresented groups.

The actor and filmmaker made waves last fall when he published “A Brief Statement About Big Things” on the Sundance Institute’s website, writing amid Brett Kavanaugh’s Supreme Court confirmation that he felt “out of place in the country I was born into” for the first time he could remember and that he has “watched with sadness as our civil servants have failed us.”

Redford has been the public face of Sundance since its foundation, helping it become the country’s largest independent film festival and a major cultural event in its own right. He most recently appeared in David Lowery’s “The Old Man & the Gun,” which will be his final performance — Redford announced his retirement from acting after completing the film last August. He received a Golden Globe nomination for his role.

This Article is related to: Film and tagged Robert Redford, Sundance