Created by frustrated filmmakers after Sundance turned them down, the other Park City festival has become an institution of its own. 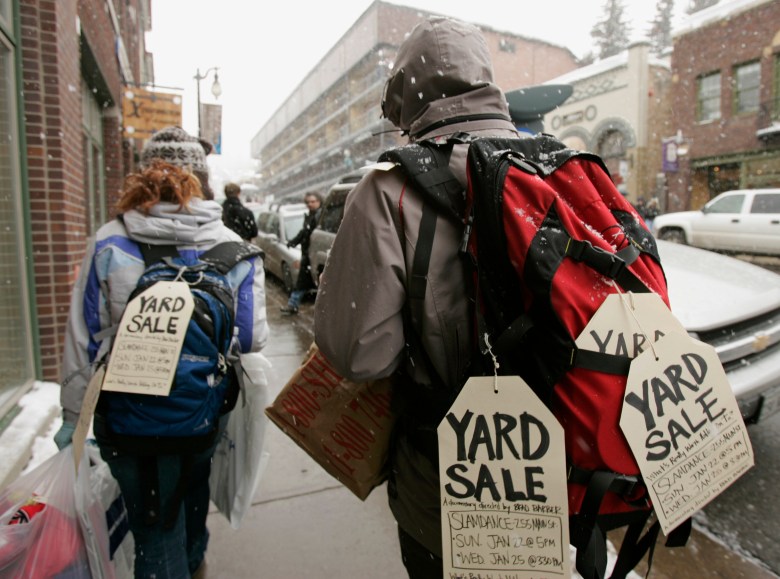 No one expected Slamdance to see its 25th anniversary — least of all founders Dan Mirvish, Jon Fitzgerald, Shane Kuhn, Peter Baxter, and Paul Rachman. All were filmmakers rejected by the 1995 Sundance Film Festival, and their concerns initially ran to the short term: how to screen their films in and around Park City, the center of the indie-filmmaking universe.

They began by showing their work at the University of Utah in Salt Lake City and migrated to spaces around Park City, where they handed out flyers and cajoled makeshift venues. They took turns running the projectors. 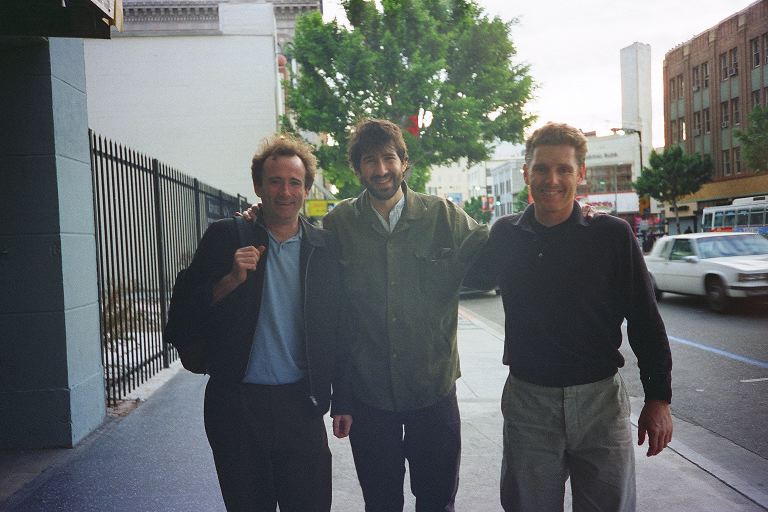 The next year, they came back to Park City — this time, setting up headquarters at the Treasure Mountain Inn, on top of Main Street. Screenings were still chaotic, but the ethos was in place: a festival programmed by filmmakers, for first-time filmmakers who had shoestring budgets and unique visions but no distribution… and, the benefit of access to Sundance’s buyers. These self-fashioned rebels preached a total commitment to independent film, which meant eschewing celebrities and Hollywood insiders.

Dylan Leiner, executive VP of acquisitions and production at Sony Pictures Classics, recalls that when Slamdance started, he and others wondered whether it was just a gimmick. At the time, it spawned a slew of copycats (remember Slamdunk? or No Dance?) that operated out of storefronts and from campers parked on Main Street.

Leiner said there’s a reason those interlopers are gone and Slamdance isn’t. While film festivals have proliferated, few have the focus, personality, independence, and eccentricity of Slamdance.

“Each year, they continue to program films and launch filmmakers we don’t know of, which proves it was always about the films in the first place,” he said, praising the event for “continuing to maintain their sense of irreverence and fun in an industry which has grown up and become more serious and less spontaneous. They continue to champion new voices, and march to the beat of their own drum.” 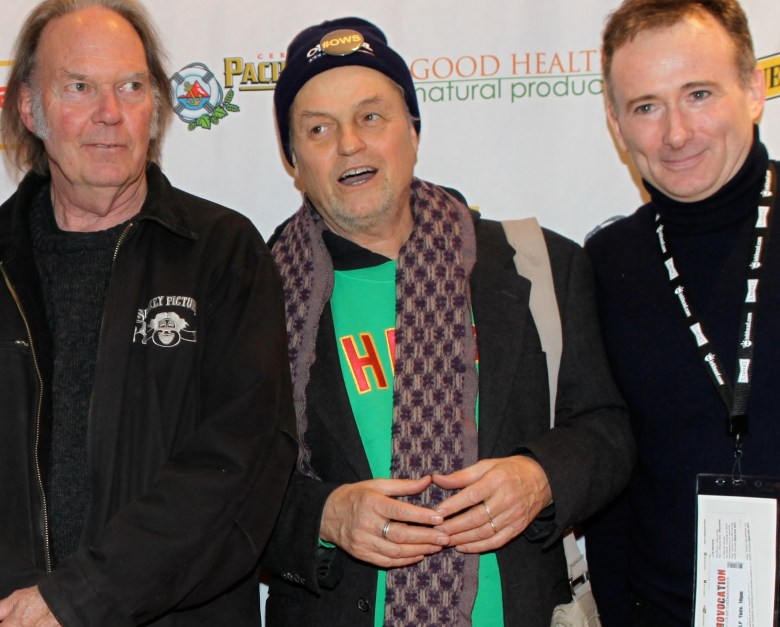 A quarter century in, Slamdance may not exactly be the same festival; remaining founders Baxter, Mirvish, and Rachman are all in their fifties. However, it’s still the festival that hands its winners the “Sparky” — a bronze statue that acquires a blue-green patina after being buried in Baxter’s garden for four months, the process hastened by occasionally pissing on the soil. (The process is similar to one once favored by the Greeks and Romans.) “It’s a natural process,” Baxter said. “Just like Slamdance itself.”

Rachman pointed out that while they’re still heavily involved with the festival, they’re no longer in charge of the festival’s programming. The new staff is young and diverse, including festival manager, Alina Solodnikova.

“We don’t ever censor them in regards to what they decide to program,” he said. “We stand by films we select, even if they are not mainstream and not liked by everyone. Our Anarchy program is stronger than ever. We are not trying to please the industry and don’t chase celebrity.”

Emmy-winning documentarian Marina Zenovich premiered her first documentary, “Independent’s Day,” at Slamdance in 1998. She said that film, which tracked the indie-film frenzy in Park City, was partly inspired by festival founders, who decided to start their own event “for all the right reasons.”

“I can’t believe Slamdance is still around,” she said. “I think that says something about the strength of their programming and what they represent.”

Sales agent Josh Braun, co-president of Submarine Entertainment, admits that in the festival’s early years, he didn’t see it as a good festival for sales. (Screenings were something less than “seamless technical experiences,” he joked.) However, he started taking films to the festival in 2003; this year he’ll premiere the documentary “Kifaru,” about the last white rhino in captivity.

Slamdance has also changed its relationship to Park City, if not to Sundance itself. (Baxter remembers a stark warning from the city’s police chief: “Your days are numbered.”) Sundance founder Robert Redford was similarly nonplussed, calling Slamdance “a festival that has attached itself to us in a parasitical way.” Baxter said friction has diminished over the years.

“I’ve tried to speak to them, but there’s been no contact in recent years,” says Baxter. “[Slamdance alumni] Anthony and Joe [Russo] also tried. But I believe Sundance has more acceptance of what we do. Perhaps they feel that the two festivals existing side-by-side makes for a better independent film scene in the States.”

Baxter said that he’d welcome dialogue with Sundance, but emphasized that the two festivals take different approaches at their cores.

“Not all filmmakers get mentorship from labs and industry. There’s a need to support smaller steps toward a career. We fill that void,” said Rachman. “We are about that early energy of starting one’s career. That doesn’t necessarily equate with finding the next commercial, indie hit.”

The best-known Slamdance name is Steven Soderbergh, who premiered “Schizopolis” and “And Everything is Going Fine” at Slamdance in 1997 and 2010, respectively. He returns to Slamdance this year to receive the festival’s Founders Award and to unveil his new film, “High Flying Bird,” which will premiere on Netflix February 8.

Baxter said Soderbergh inspired the founders with his statement, “Don’t ask for permission,” a mantra central to the Slamdance brand. “He remains a committed DIY-er,” said Baxter. “Committed not only to make his own projects, but also to help people create theirs.”

This year marks the 30th anniversary of the premiere of Soderbergh’s “Sex, Lies and Videotape” at Sundance, a film whose then-blockbuster sale to Miramax arguably changed the independent film business. Seven years later, the director was back in Park City as the producer of Mottola’s “The Daytrippers,” and also found himself, with Mirvish, running a film projector after the festival’s projectionist had a heart attack.

Among other alumni who have remained involved with the festival are the Russo Brothers, who last year launched the Russo Brothers Fellowship, a $25,000 prize to a Slamdance filmmaker. The first recipient was Canada-based, Jordanian-Palestinian filmmaker Jassmina Karajah, who directed the narrative short, “Rupture.”

The Russos launched their career when their first film, “Pieces,” premiered at the 1997 Slamdance Festival. Soderbergh was in the audience and offered to produce their next movie, which was “Welcome to Collinwood,” starring George Clooney, William H. Macy, and Sam Rockwell.

“What we value, more than the individual moments of discovery,” said Baxter, “is over time we have created a place in which artists help each other build sustainable careers. The system doesn’t generally invest in new talent over a long period of time. We do.”