He says he isn't criticizing the film, but rather showing how the CIA tried to manipulate Hollywood. 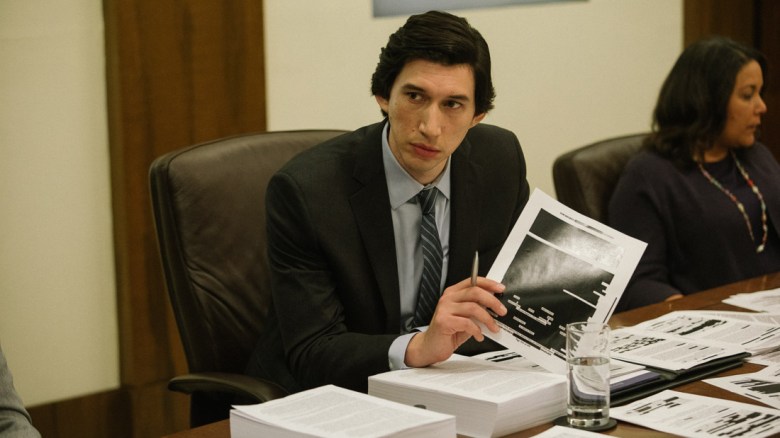 Six years later, we’re still debating “Zero Dark Thirty” and its depiction of torture — so much so, in fact, that a scene from Kathryn Bigelow’s film made it into Scott Z. Burns’ “The Report,” which just premiered at Sundance. Burns visited the IndieWire Studio presented by Dropbox alongside stars Annette Bening, Jon Hamm, and Maura Tierney, with the conversation eventually making its way to a scene in which Adam Driver watches a scene from the film.

“We didn’t put that in the movie to criticize ‘Zero Dark Thirty,’” Burns said in response to a question from IndieWire’s Christian Blauvelt. “When you watch the film and you see all the things that Dan [Jones, played by Driver] has to go through, he has to, you know, first of all fight through the CIA’s desire to obfuscate the program.”

“He has to work through a committee and Republican resistance to the report coming out. He has to go through multiple CIA Directors. He has to then deal with the Obama administration’s desire to turn the page,” Burns added. “And in the midst of all that, a story comes out — and it was a story that the CIA and the Obama administration offered to the filmmakers of ‘Zero Dark Thirty’ before the report came out.”

He continued, “And so it isn’t a criticism of the film, it’s an illustration of how the CIA used popular media to influence our perception of their program. And that was their narrative. I’m sure if someone had offered me that narrative, you know, it would have been very flattering to go, ‘Oh my god, look, I get this story.’ And I think that, in some ways, the CIA manipulated Hollywood and used movies to help further their story — so it was in there pretty much for that.”

Watch the full conversation below.