Jake Gyllenhaal is a total joy, but Dan Gilroy's art world satire is as shiny and hollow as one of Jeff Koons' priceless balloon dogs. 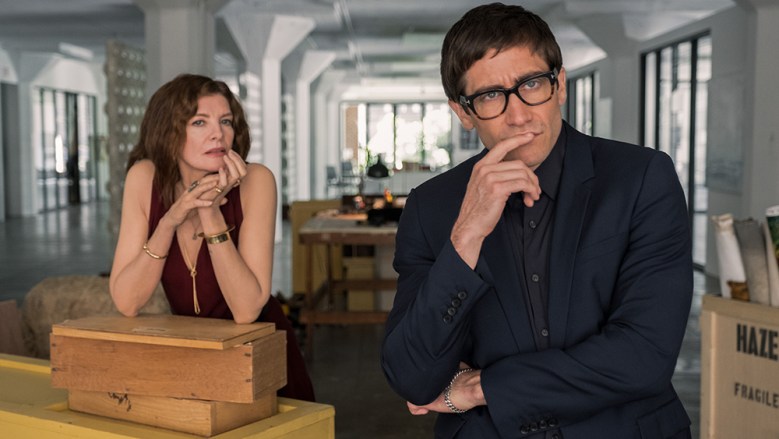 A satirical thriller set in the inane world of Los Angeles’ contemporary art scene, Dan Gilroy’s deliriously garish “Velvet Buzzsaw” is a film that’s every bit as shiny and hollow as those colorful balloon animals that Jeff Koons has sold for millions of dollars. It’s a dull-witted joke about the violent relationship between art and commerce, and the punchline is that it’s therefore the Platonic ideal of a Netflix movie.

Nothing could better define the industry-devouring studio (or its prolific motion picture output) than a star-studded cautionary tale about the fatal danger of assigning value to an abstract thing. Not only is “Velvet Buzzsaw” the kind of batshit insane, fiercely uncommercial gif-factory of a movie that only Netflix could make, it’s also blood-soaked propaganda for a streaming platform where every piece of art has an equal price. Where a magnum opus like “Roma” is effectively worth the same as a comedy about a kid who gets his dick cut off. Where something like “Bird Box” can become the most popular movie in the world on the strength of its memes. Where a disembodied marketplace requires no box office, no taste, and no one to mourn for all of the artists whose work is consigned to the void by the all-mighty algorithm that rules us all.

For thousands of years, art couldn’t exist without somebody to pay for it, but Netflix has come along to address the art world’s oldest dilemma and solve the conflict at the heart of Gilroy’s unclassifiable new film. “Velvet Buzzsaw,” a film in which Jake Gyllenhaal is haunted by a homeless robot named “Hoboman,” is the future of cinema.

But more immediately, “Velvet Buzzsaw” is a slasher movie about a killer painting. Several killer paintings, really. Gilroy’s wild script, which often feels like it was stolen from a dumpster outside Ryan Murphy’s office, drops audiences into the absolute hellscape of Miami’s Art Basel. Revered critic Morf Vanderwalt — yes, Morf Vanderwalt — stalks through the showroom floor, sauntering between the exhibits like a lion who’s comfortable enough to look at the world as though it were his personal lunch menu (“Nightcrawler” star Gyllenhaal, delivering a performance so big that it might not be able to fit on the screen of your iPhone, is still very much at home with the go-for-broke tone of Gilroy’s work).

Morf runs into the rest of the cast while making his rounds. There’s Rhodora Haze (Rene Russo), a retired punk rocker whose prestigious art gallery is maybe too informed by Morf’s taste. There’s Rhodora’s flustered associate Josephina (“Nocturnal Animals” survivor Zawe Ashton, who more than holds her own), whose flawless skin makes Morf forget all about his ex-boyfriend. There’s Gretchen (a very fun Toni Colette as a greedy museum curator), Piers (a somnambulant John Malkovich as a fading Koons figure), and Damrish (a subdued Daveed Diggs as the hot new artist taking Piers’ place). The ensemble grows even more eccentric from there, but the most fun character might also be the most normal: That would be Coco (“Stranger Things” actress Natalia Dyer), an innocent young receptionist who has an unfortunate knack for stumbling upon dead bodies.

The only corpse she doesn’t find is the one who kicks things off. It belongs to an old man named Dease, who Josephina finds splayed out in the hallway of her apartment building. Following a cat into the late tenant’s unlocked home, the gallery assistant happens upon a grim sight that could satisfy her greatest ambitions: Dozens of ghoulish paintings that have never seen the light of day. They’re clearly the work of a troubled mind, and they have a weird tendency to bleed and spontaneously catch on fire (though Josephina doesn’t notice that part), but they could mark the discovery of a major new artist à la Henry Darger. Josephina responds to the work; after Morf and Rhodora share her enthusiasm, the rest of the art world automatically does too. 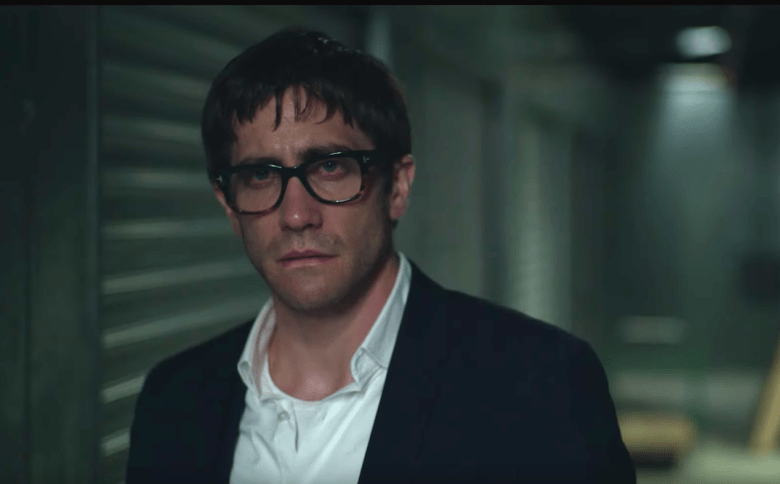 Was Dease an unknown genius, or a serial killer who painted with his victims’ blood and invested his soul into his art? Neither? Both? It doesn’t matter. In a false economy that peddles in perception and encourages people to spend millions on a mix of raw materials they could buy for $10 at Home Depot, “value” is just an optical illusion. And in this trompe l’oeil of a slasher, anyone who believes in their own bullshit tends to wind up dead.

“Velvet Buzzsaw,” as you’ve probably already guessed by now, is not a subtle movie. At one point, a curator played by Tom Sturridge confuses an actual pile of trash for a work of art. Such fangless satire suggests that Gilroy is either unfamiliar with the art world, or loves it too much to dig any deeper. Most of the characters feel like they took a wrong turn at an anime convention (the costumes are delightful, and come to life in Robert Elswit’s art pop light), and all of them are tiptoeing along the thin line between personal expression and self-parody. The whole cast deserves serious kudos for being able to deliver lines like “Before the sublime, the whole body quivers” with a straight face. Even when the story dead ends and Gilroy’s commentary exhausts itself, these actors manage to drag the movie across the finish line. Several of them even get to enjoy some fantastically goofy (almost giallo-adjacent) death scenes along the way. Gilroy doesn’t know how to calibrate the story’s mild scares — if anything, his movie often seems to be scared of itself — but he gradually figures out that a good amount of gore can hide all manner of sins.

If it’s true that an artist puts their soul into their work, “Velvet Buzzsaw” imagines how angry that soul might get after being processed through the abattoir of the art market (in one very funny scene, Morf attends a funeral where he can’t stop himself from critiquing his dead friend’s “smog orange” casket).

The film looks at the world through a funhouse mirror, and finds a fallen kingdom in which everyone needs external validation, and no one gets to determine their own value. Even Morf, who thinks of himself as a living God in the body of a pilates addict, is eventually forced to question his own worth as the food chain between money and art begins to reshape itself into a flat circle or a reflective metal sphere. Gilroy’s film needed to be 60% better or 20% worse in order to transcend the forgettable silliness of its existence, but it could stand the test of time as a lasting monument to the idea that our own personal taste is the only real thing we ever had.

“Velvet Buzzsaw” premiered at the 2019 Sundance Film Festival. It will be available to stream on Netflix starting on February 1.

This Article is related to: Film and tagged Netflix, Reviews, Sundance, Velvet Buzzsaw