Get a sneak peek at the first film in a new series of love-themed shorts from popular rising filmmakers Will Blank and Jake Bradbury. 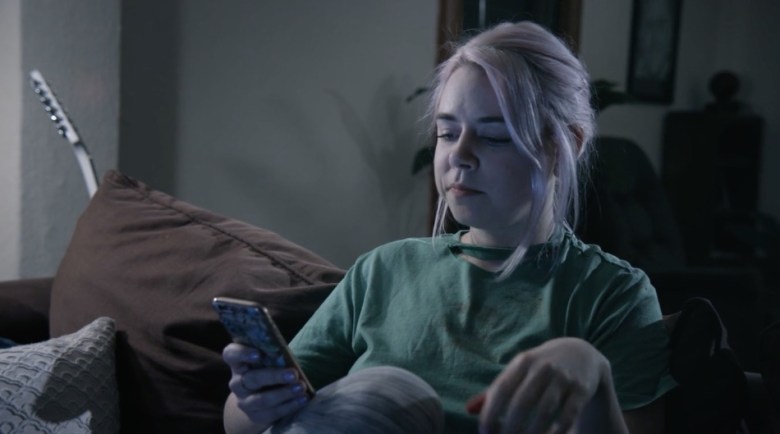 For their brand new series of cheekily titled short films — all named after already-popular offerings, from “No Country for Old Men” to “The Unbearable Lightness of Being” — filmmakers Will Blank and Jake Bradbury aimed for a truly minimalist approach. Each film was conceived of and made within the space of just one day, all focusing on some uniquely millennial issues.

For both Blank and Bradbury — both lauded short filmmakers with a ton of other projects on their plates: Blank recently made the award-winning short “Limbo,” starring Sam Elliott, and is currently working on the Steven Spielberg-helmed reboot of “Amazing Stories,” while Bradbury has worked with Netflix, Maxim, and CBS — getting back to their indie roots was key.

The result is a project they dubbed 20th Century Faux, featuring a series of shorts that explore modern life and relationships from a variety of perspectives, using topics as diverse as VR, weed, social media, yoga, chocolate, Dungeons & Dragons, Los Angeles traffic, and good, old-fashioned confusion and misdirection to drive their narratives.

For the project, Blank and Bradbury teamed up with DP Alejandro Wilkins, along with actors Traci Doering, Veronica Kemp, and Kamryn Alyse, who rotate in and out of the shorts, which often feature Blank and Bradbury in their own starring roles. The 16 films will be released over the course of one month, four films each week, beginning on February 26, on YouTube and Vimeo.

Each week’s drop of new films will be accompanied by a podcast with series creators Blank and Bradbury, where they will give insight into the films, their influences and aims, and the production process that went into that week’s films. You can get a sneak peek at one of the shorts right now, just in time for Valentine’s Day.

Check out IndieWire’s exclusive debut of “Girl, Interrupted” below, which chronicles a booty call that goes amusingly (and relatably) awry. This one features Doering in the sole on-screen role, though her trusty iPhone does admirable work as her unwitting sidekick.

This Article is related to: Film and tagged 20th Century Faux, Short Films