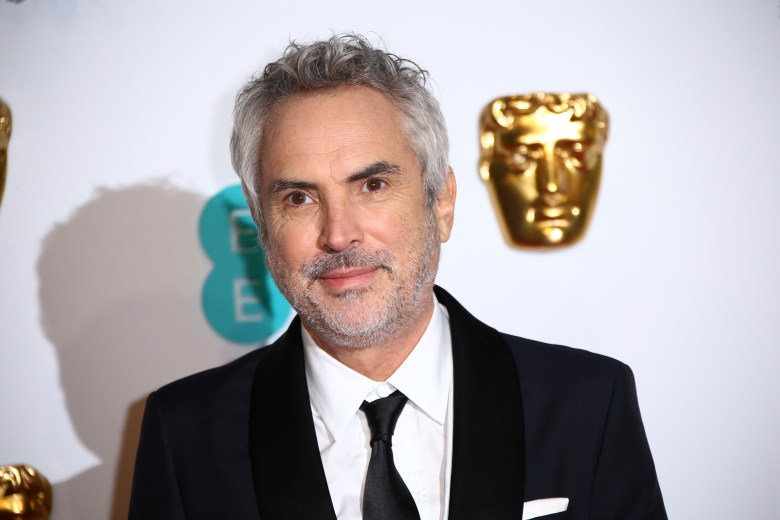 Alfonso Cuaron at the BAFTA awards

Alfonso Cuarón is as happy as anyone that the Academy decided to change course and air all 24 categories live during the Oscars this weekend, calling the decision “inevitable” in a Variety interview at last night’s Writers Guild Awards in New York. Now that that’s out of the way, the “Roma” filmmaker wants AMPAS to go even further.

“Let’s stop calling them technical categories!” he said. “By calling them ‘technical’ and ‘below-the-line,’ there’s already kind of an invisible wall that creates a very false perception. They’re all artists.” In addition to writing and directing his latest film, Cuarón also shot it — and received an Oscar nomination for his black-and-white cinematography, which was one of the awards scheduled to be given out during a commercial break.

He was one of many members of the film community to criticize that move:

Any further thoughts he has on the subject may be reserved for the ceremony itself, as Cuarón is the heavy favorite to take home the award for Best Director. If he does, it’ll be his second consecutive win — the filmmaker also received the prize for “Gravity,” his most recent film, five years ago.

This Article is related to: Film and tagged Alfonso Cuarón, Oscars