Victor Kossakovsky's film will be shown in theaters at 48fps, but he hopes it will one day screen at the dizzyingly higher frame rate. 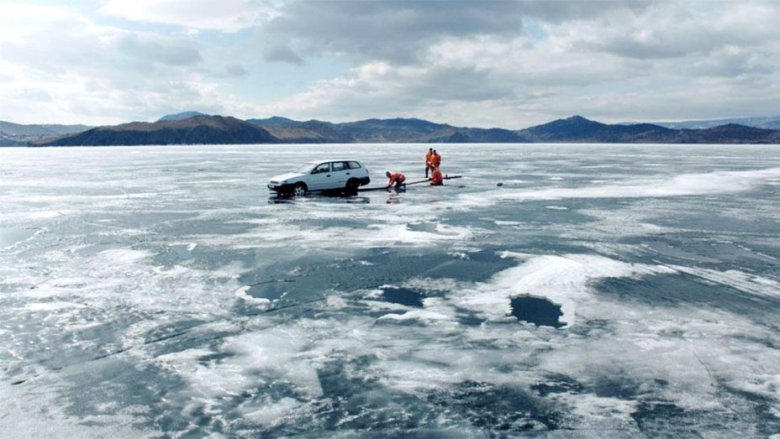 Hollywood’s forays into higher frame rates have not abated: after Peter Jackson pumped up his “Hobbit” franchise to screen in 48 frames-per-second, Ang Lee followed suit with a dizzying 120fps rate for his ambitious 2016 film “Billy Lynn’s Long Halftime Walk.” While the standard remains 24fps, other productions have continued to dip their toes into the technology. Next up: Russian filmmaker Victor Kossakovsky’s dazzling new documentary “Aquarela.” Captured at a rare 96fps, the film is compelled by its unlikely central character: H2O.

Per the film’s official synopsis, it “takes audiences on a deeply cinematic journey through the transformative beauty and raw power of water. … The film is a visceral wake-up call that humans are no match for the sheer force and capricious will of Earth’s most precious element. From the precarious frozen waters of Russia’s Lake Baikal to Miami in the throes of Hurricane Irma to Venezuela’s mighty Angel Falls, water is [the film’s] main character, with director Victor Kossakovsky capturing her many personalities in startling cinematic clarity.”

“Aquarela” screened at both the Venice Film Festival in 2018 and the Sundance Film Festival in 2019, and is now gearing up for a likely very refreshing summer release. The film will be shown in theaters at 48fps, double the usual 24fps, as projectors with the ability to project at 96fps are still extremely rare. Yet, if (and when) the traditional capacity changes, Kossakovsky and his team vow that “Aquarela” will be one of the first films to be shown at that speed. Even without the immersive frame rate, the film is still a wonder, both terrifying and thrilling.

Sony Pictures Classics will release the film in New York and Los Angeles on August 16. Check out IndieWire’s exclusive first trailer for “Aquarela” below.

This Article is related to: Film and tagged Trailers, Victor Kossakovsky