"Justice League" will be Affleck's last appearance as Bruce Wayne/Batman in the DC Extended Universe. 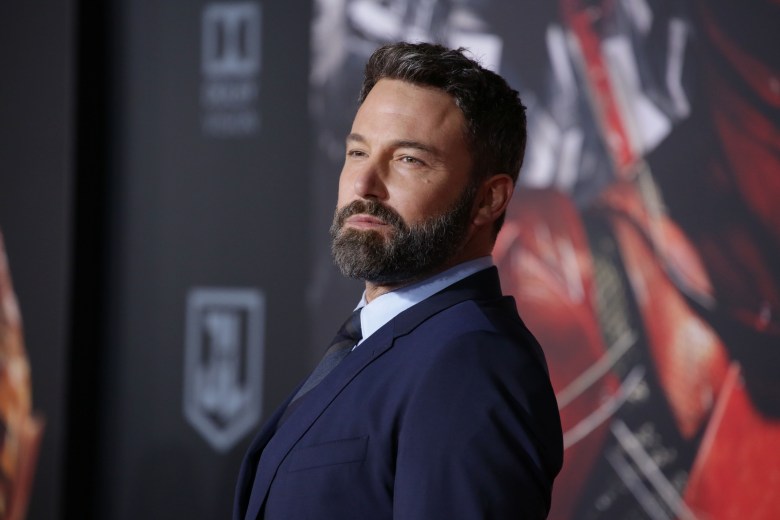 Ben Affleck is officially out of the DC Extended Universe, where he starred as Bruce Wayne/Batman in two tentpoles: “Batman v Superman: Dawn of Justice” and “Justice League.” Affleck’s departure was confirmed last month when Warner Bros. announced director Matt Reeves would be looking for a new actor to play a younger iteration of the character for “The Batman,” now set for a theatrical release in June 2021. Affleck opened up about his exit from the DCEU for the first time during an appearance on “Jimmy Kimmel Live!”

“I tried to direct a version of it and worked with a really good screenwriter but just couldn’t come up with a version,” Affleck said about what led him to put down the Caped Crusader costume. “I couldn’t crack it and so I thought it’s time for someone else to take a shot at it. They got some really good people so I’m excited.”

Following “Justice League,” Affleck was originally set to star in and direct a standalone Batman movie. When Affleck stepped down from being “The Batman” director, he said it was not because he was leaving the character behind but because he wanted to spend more time focusing exclusively on the character. At Comic-Con 2017, Affleck was excited for his next Batman movie, telling the crowd, “I’m the luckiest guy. Batman is the coolest fucking part in any universe, DC, Marvel. I’m so excited to do it. I think there’s this misconception that because I’m not directing it I’m not doing it, but I’m so excited to be Batman.”

Despite the comments, rumors had been circulating since the release of “Justice League” in November 2017 that Affleck would be phased out of the DCEU, which just earned its biggest hit at the box office thanks to the $1 billion grossing “Aquaman.” According to last month’s Deadline report, Affleck worked hard on “The Batman” script and, as he confirmed to Kimmel, became aware “he wasn’t the right one for this particular version.”

“War of the Planet of the Apes” director Reeves will now handpick a new actor to assume the role. Watch Affleck’s appearance on “Jimmy Kimmel Live!” in the video below.