Shatterhand was an alias for supervillain Ernst Stavro Blofeld in Ian Fleming's "You Only Live Twice" novel. 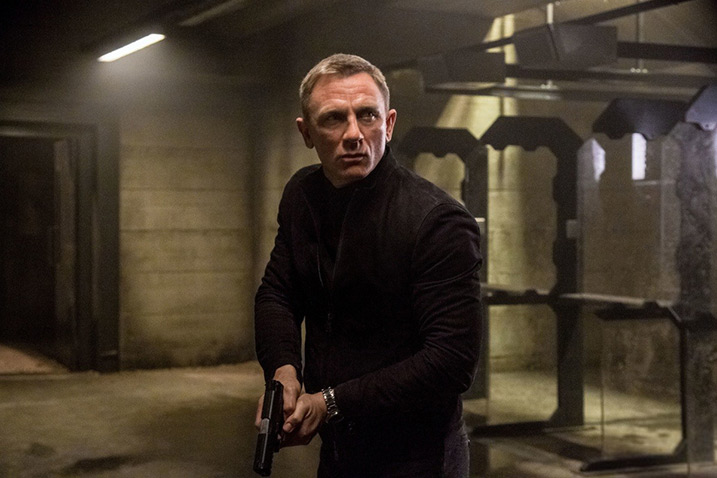 The movie world is abuzz now that Bond 25 reportedly has a working title: “Shatterhand.” The title was first spotted by The Guardian in the industry publication Production Weekly, which also reports the movie will begin production at Britain’s legendary Pinewood studios on April 6. While film journalists are already starting to drag how foolish “Shatterhand” sounds, the title is not as random as it appears.

In Ian Fleming’s 12th Bond novel “You Only Live Twice,” released in 1964, Dr. Guntram Shatterhand is the alias used by the villain Ernst Stavro Blofeld. The novel culminates in a duel between Bond and Blofeld that ends with an enraged 007 strangling the villain to death with his bare hands. “You Only Live Twice” was already adapted into a James Bond movie, the 1967 Sean Connery entry directed by Lewis Gilbert, so it’s unlikely Bond 25 will use the source material — though Roald Dahl’s screenplay for that film kept very little of what Ian Fleming had written in the novel. What “Shatterhand” as a title most likely means is the return of Blofeld.

Christoph Waltz starred as Blofeld in the last Bond outing, “Spectre,” which ended with the villain still alive and being taken into custody by MI6. The Bond films starring Daniel Craig have been the most serialized entries to date, so it’s not too far fetched to believe Bond 25 will continue the story of 007 vs. Blofeld since both characters remain at war with each other. Léa Seydoux’s “Spectre” character Dr. Madeleine Swann is returning for the new film as well, which strongly suggests threads from “Spectre” will spill over into Bond 25.

Whether or not Waltz returns as Blofeld would also not be an issue, as the villain has worn many faces throughout the Bond film franchise. Donald Pleasence played the first fully-visible movie Blofeld in “You Only Live Twice” (the character was heard but only his hands were seen as he stroked his white cat) but actors Telly Savalas, Charles Gray, and Waltz all played the villain in subsequent 007 movies. (Max von Sydow also played Blofeld in the unofficial spinoff “Never Say Never Again.”) In the Connery-era Bond movies, Blofeld would get plastic surgery to change his appearance and evade capture.

While the working title for Bond 25 is reportedly “Shatterhand,” it should be stressed this is just a working title. Films often get theatrical releases with different titles (see working title “Woodcock” becoming “Phantom Thread” as an example), and it’s not uncommon for working titles on major franchise films to be used as misdirection (see “Red Cup” becoming “Solo: A Star Wars Story”).

Bond 25 will star Daniel Craig in his last outing as 007. The film is being directed by Cary Fukunaga, and it’s release date was recently pushed back from February 14  to April 8, 2020. It will be distributed in the U.S. by United Artists Releasing, a joint venture of MGM and Annapurna Pictures. At press time, a representative for Annapurna had not replied to IndieWire’s request for comment about the title.

This Article is related to: Film and tagged Bond 25, Cary Fukunaga, Daniel Craig