The standout track from "A Star Is Born" is the frontrunner to win the Oscar for Best Original Song. 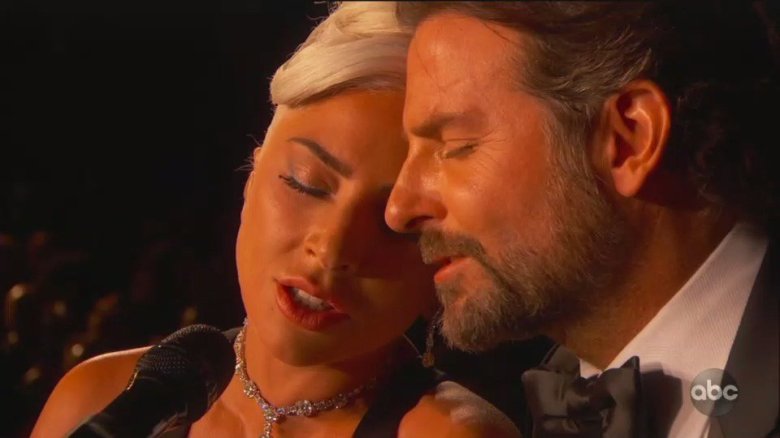 The 2019 Oscars did not have a host, but they did have Bradley Cooper and Lady Gaga singing opposite one another for the first time on live television. The Oscar nominees shared the stage to perform “Shallow,” their Oscar-nominated Best Original Song from “A Star Is Born.” As Cooper had warned earlier this month, he took the stage not in character as Jackson Maine to perform the song. Gaga had previously performed the song live at the 2019 Grammy Awards.

The Oscar performance of “Shallow” stared with a bare stage with just a piano and a microphone. Cooper and Gaga were sitting in the audience and stood up and walked up to the stage. Captured in a single take, the camera framed the two from behind looking out at the audience, similar to how Cooper directed “A Star Is Born.” Both Cooper and Gaga’s vocals were on point and the performance ended with them in close-up while sitting next to each other at the piano.

“Shallow” became the instant anthem of “A Star Is Born” the minute it was featured prominently in the movie’s first and only theatrical trailer, which Warner Bros. released June 6. The track was released as the soundtrack’s lead single on September 27, the week before the movie was released in theaters. “Shallow” was certified Platinum by the Recording Industry Association of America in January for selling over a million units.

Earlier this month, “Shallow” won two Grammy Awards: Best Pop Duo/Group Performance and Best Song Written for Visual Media. The song was also nominated in top categories Record of the Year and Song of the Year. The award win for Best Pop Duo/Group Performance is given to the performers, which means “Shallow” netted Cooper the first Grammy of his career. Despite multiple nominations over his career, he has yet to win an Academy Award.

“Shallow” has earned numerous song prizes this awards season, including trophies from the Golden Globes and Critic’s Choice Awards. Additional nominees in this year’s Best Original Song category included “I’ll Fight” from “RBG,” “When A Cowboy Trades His Spurs For Wings” from “The Ballad of Buster Scruggs,” “All the Stars” from “Black Panther,” and “The Place Where Lost Things Go” from “Mary Poppins Returns.”

Wow, the direction of #Shallow is *phenomenal* — keeping the audience in the background, lights behind the actors, slow build to close-ups. Nice homage to the film’s style, but keeping it uncut is so powerful. And that last shot. Iconic. #Oscars pic.twitter.com/Dmo8TZOj14

Big cheers as Coop and Gaga cross the stage to return to their seats.

Standing O for Shallow even in the mezzanine. Well played and staged and Cooper gets points for having the cajones to go live.

A movie that leans heavy on practical effects wins a well-deserved Visual Effects Oscar, and then with almost no ado Bradley Cooper and Lady Gaga just walk on stage and sing a dang song. A nice stretch of television there.

This Article is related to: Awards and tagged A Star Is Born, Bradley Cooper, Lady Gaga, Oscars