As the filmmaker debuts "Miss Bala," she reflects on the systematic ways in which women start in "a negative space" before shooting even a single scene. 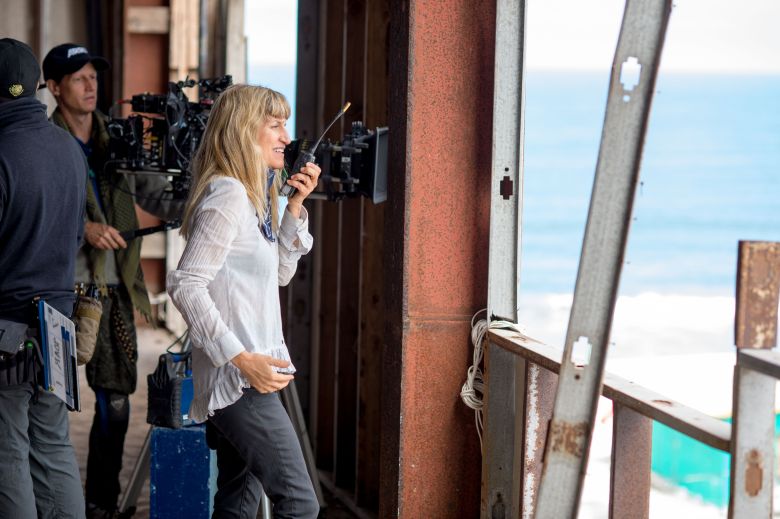 Catherine Hardwicke on the set of her “Miss Bala”

When nominations for the 91st Academy Awards were announced last month, few were surprised that the Best Director and Best Picture categories arrived without a single female director or female-directed film. Despite a stellar year in filmmaking from women, this year’s Oscars were mired in a trend that has just a single female director winning a much-deserved Best Director statuette in the ceremony’s history (that would be Kathryn Bigelow, for 2009’s “The Hurt Locker”).

Among the unsurprised: Catherine Hardwicke, one of Hollywood’s most successful commercial directors (thanks to the $400M “Twilight”) and a filmmaker whose first feature earned her a directing award at the Sundance Film Festival in 2003. With over three decades in Hollywood under her belt, the former production designer understands where the disconnect comes from — but that doesn’t mean she likes it.

“I don’t think anyone was surprised, because there were not these super-rad campaigns mounted for any of the movies directed by women, so we didn’t think it was going to happen,” Hardwicke said. “There is a huge machine that’s behind every nomination. Of course it’s got to be a really good film with great performances, but then there are some wonderful films, like Debra Granik’s film ‘Leave No Trace.’ That was a flawless movie, beautiful, intense, but I didn’t get invited to seven parties or eight dinners to see it. I didn’t get an elaborately printed-out booklet with tons of photographs, and I did get that for all the other movies that were nominated.”

While other awards contenders benefit from the typical wining and dining that Hardwicke points out, the filmmaker believes that the treatment of women directors and their films is at a disadvantage long before a single scene is shot.

“Even from the beginning, maybe they don’t get the budget needed, so they don’t get a star in the movie, so that they don’t get a shot on Jimmy Fallon or whatever to promote the film,” she said. “It just starts way back at the beginning of the pipeline. Many women do not get the chance to direct a bestselling novel that has a high IP awareness. So then you’re already starting in the theatrical marketplace from a negative space.” 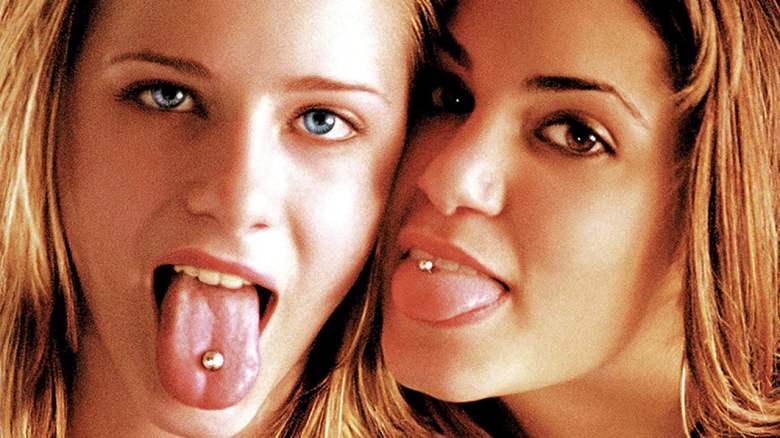 “There’s so many levels I think that we need to change,” Hardwicke said. “So many ways that we need to make a change to help and really nurture women directors to be able to be in those great spots. … There is money needed to be spent to cut through the clutter so that people see these movies that are harder to find. A lot of effort has to be done.”

Hardwicke’s own career is a testament to nurturing female filmmakers. She got her start as production designer, working for directors like Cameron Crowe, David O. Russell, and Richard Linklater, all of whom helped the budding director figure out what worked (and what didn’t) behind the camera. Since the breakout success of both Sundance award-winner “Thirteen” and “Twilight” (a smash by any metric), Hardwicke has continued to mix up her projects, in terms of both budget (her budget for the 2013 “Plush” was $2M) and star power (the 2015 “Miss You Already” starred Toni Collette and Drew Barrymore).

With her ninth film, Hardwicke is trying something new: directing a remake of the popular Mexican crime drama “Miss Bala,” which follows a young Mexican-American woman (Gina Rodriguez) who is sucked into a terrifying world of drugs and cartel violence, and has to literally fight her way out. Hardwicke saw an early opportunity with the material.

“When I got the script, I didn’t really feel it was a remake,” she said. “The producers hired a young Mexican writer, Gareth Dunnet-Alcocer, and he just kind of did a whole re-imagining, and did a lot of research into the narconovelas. So many stories similar to this have happened since the original one that inspired the first movie, so he really wove another story together.”

Hardwicke, a Texas native who grew up on the Mexican border near McAllen, was also eager to show a different side of Mexico. “There’s amazing, innovative, radical stuff in Mexico,” she said. “It’s always been such an artistic country, so much cultural history. … I actually swam across the Rio Grande River many times as a kid, because our farm was right on the river. I would do illegal entry to a foreign country into Mexico, and then swim back.”

And, no, it did not hurt that film is centered around a Hardwicke trademark: a complex female character who needs to gather her own strength in order to succeed in strange circumstances. It’s the same idea that drove “Thirteen” and “Twilight,” and it’s one that took on added resonance in the current climate.

‘I responded to the fact that this character, unlike the original one, was extremely passive,” Hardwicke said. “She just let everything happen to her, this, that, did not fight back ever.” By the time the film reaches its conclusion, however, Rodriguez’s Gloria has earned her agency by tapping into her own power. That intrigued Hardwicke, too. “I think now, as women, we want to see somebody that takes charge of their life and does the very best they can in their power to escape, fight back, fight the system, fight all the men that are staring at her, the male gaze all the time that are putting their hands on her neck and forcing her to do things.”

The recent uptick in movies focused on such characters — or, at least, a recent uptick in talking about the need for more complex, interesting, strong female characters, the kind that have proven to be box office gold — is very much Hardwicke’s bag. 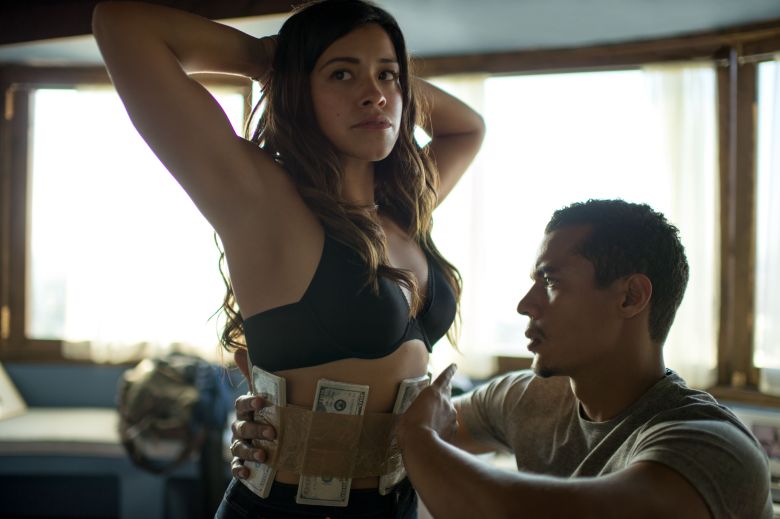 “I love it, and I hope we get to keep making more movies with strong female characters,” Hardwicke said. “And that’s a key word, complex female characters that are going through a lot of things in their life, and have a rich life. I’m happy to fit in that category of people that are making that kind of movie, and really we just want to keep doing it.”

She’s also entrenching herself more firmly in the television and streaming world, having already directed episodes of “This Is Us,” “Eyewitness,” and “Hell on Wheels.”

“I’m trying to go whole hog,” she said with a laugh. “I’ve got two, three, four different series that are in different stages of development. We’re trying to get any of them greenlit, like tomorrow, and start making them. It’s also quite challenging for any director to get anything made. … But I love what’s happening on television, premium cable, streaming, there’s just so many interesting shows on now. And opportunities [for] complex characters, they’ve got great female characters!”

Some of Hardwicke’s own films have been bandied about as possible inspirations for new series, including “Thirteen” and “Miss You Already.” But movies have her heart. “There are a lot of great movies this year that I really loved,” she said. “A lot of them had wonderful roles for women, so that’s on the positive side. Then I guess more women overall were nominated in more categories than ever before for the Oscars this year, so that’s pretty cool.”

The former production designer is also particularly excited about strides being made in that profession, as this year’s batch of Oscar nominees included Hannah Beachler for “Black Panther,” the first black person to be nominated for her work in the category.

“That is so cool,” she said. “I know that Ryan Coogler really fought hard for her to get that job. That was a big-budget extravaganza, probably more money, more radical sets, than she got to build before. A lot of times you have those fights with the studios, and they’re like, ‘No, we need somebody that’s got this level of experience, production design on this budget level.” But I love it that Ryan was able to do whatever he had to do to support her to get that job. Then she flourished. Amazing.”

“Miss Bala” is in theaters today.

This Article is related to: Film and tagged Catherine Hardwicke, Miss Bala