Season 3 of the IFC documentary parody doesn't have Bill Hader, but the new cast members suggest the series could have a new lease on life. 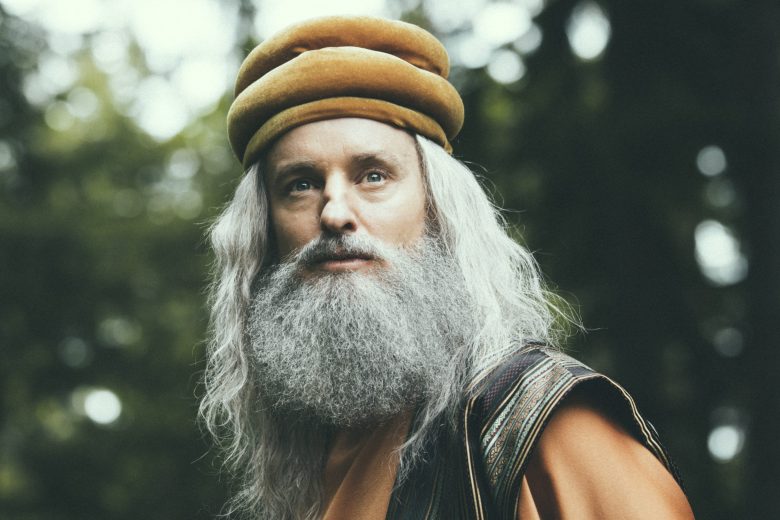 It was hot and cramped inside the small two-story building where the cast and crew shot “Documentary Now” last June. Despite the Oregon humidity, there was a lightness on the set where they were midway through shooting fictional cult documentary “Batshit Valley.” And despite the presence of Oscar nominees Owen Wilson and Michael Keaton, it felt more like an ultra-low-budget indie.

“Batshit Valley” serves as the two-part season premiere for IFC’s fiercely authentic parody of iconic non-fiction narratives, and also is the beginning for a show that must reinvent itself. Co-creator and star Bill Hader was unavailable as an actor in Season 3 due to his commitment to HBO’s “Barry,” and the show used this as an opportunity to bring in a brand-new assortment of talent.

“There are so many stories to tell about documentaries that are wonderful, and frankly, we can’t cast Bill and Fred in all of them,” said co-executive producer Alice Mathias. Future episodes also include Cate Blanchett and Natasha Lyonne.

“Once upon a time we cast Bill and Fred in ‘Grey Gardens,'” she said. “Now it’s fun to cast women in these roles.” She believes bringing in new faces creates the opportunity to create real longevity —  on the level, she said, of “American Horror Story.”

Below, more learnings from the IndieWire set visit.

1. “Batshit Valley” is more than a “Wild Wild Country” parody. 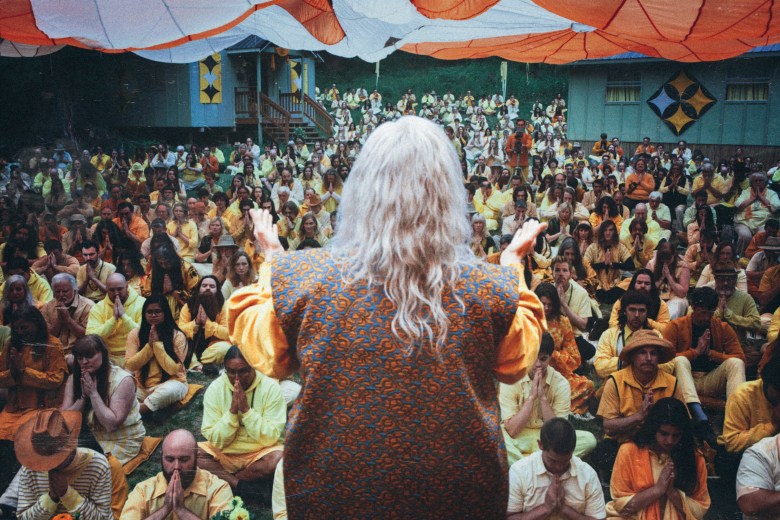 While Wilson wears Bhagwan Shree Rajneesh-inspired robes, and co-star Necar Zadegan said she was happy to play on the “archetype” provided by Ma Anand Sheela, “Batshit Valley” drew from more than Netflix’s Emmy-winning “Wild Wild Country.”  There’s also Maria Demopoulos and Jodi Wille’s 2012 film “The Source Family” (which examined Hollywood utopians in the ’70s)  and Will Allen’s 2016’s “Holy Hell” (about the implosion of a West Hollywood cult in the ’80s).

“It just felt like that it was a genre that was worth touching upon,” said cinematographer and director Alex Buono. “I grew up in Portland, so I was hyper-aware [of the cults] that emerged out of this state.” 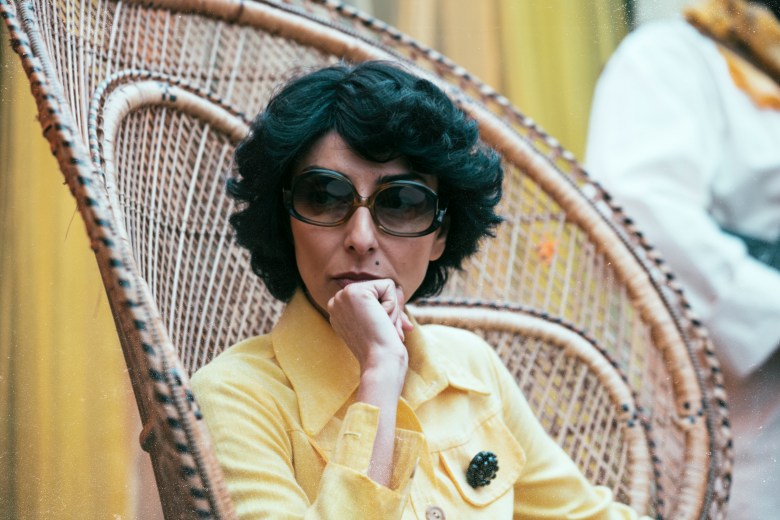 Much of Season 3 was shot and produced in Portland on a tight schedule. As the season’s double episode, “Batshit Valley”  got twice the typical production time; most episodes, Mathias said, are filmed in three to four days.

“We’re a scrappy little show,” she said. “We go pretty quick. Embracing the documentary style enables us to work very fast because Alex really goes to great lengths to recreate how these documentaries were really made, and often that means one camera, and you’re not getting coverage from a lot of different angles a lot of times. It’s just, ‘Let’s just get it on its feet and go,’ so that part of the process doesn’t make it too difficult.”

3. Authenticity had its costs. 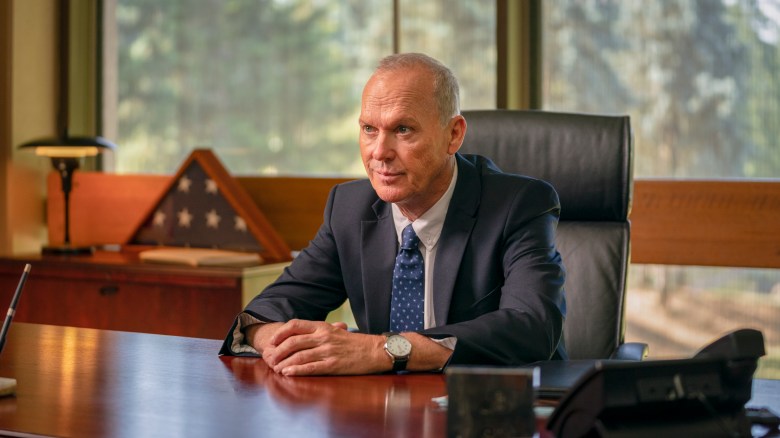 For a scene that featured Keaton and Wilson facing off in an FBI interrogation room, Buono went to great lengths to replicate exactly how he felt the “real” footage would have been shot. “It’s supposed to be a security cam in an FBI interrogation room,” said executive producer Andrew Singer, “and Alex, through a family friend, found someone who was in the FBI in the ’70s and contacted them and figured out what kind of camera they used for their security cameras [then].”

Once Buono knew what he was looking for, he began searching eBay for the right model, eventually finding someone who not only had the camera, but also was a fan of “Documentary Now.” He sold it to Buono for $150. “Which we weren’t even budgeted for,” he said. “I think Alex just bought it for himself and is using it downstairs.”

This came with limitations. “As a comedy producer, I’d love to have a close-up single on Michael Keaton’s face and Owen Wilson’s face, but Alex would never do that,” Singer said. “He wants it to be authentic to the way that footage would have been curated by a documentary crew, so we have grainy profile footage.”

4. And really, who doesn’t want to be a cult leader? 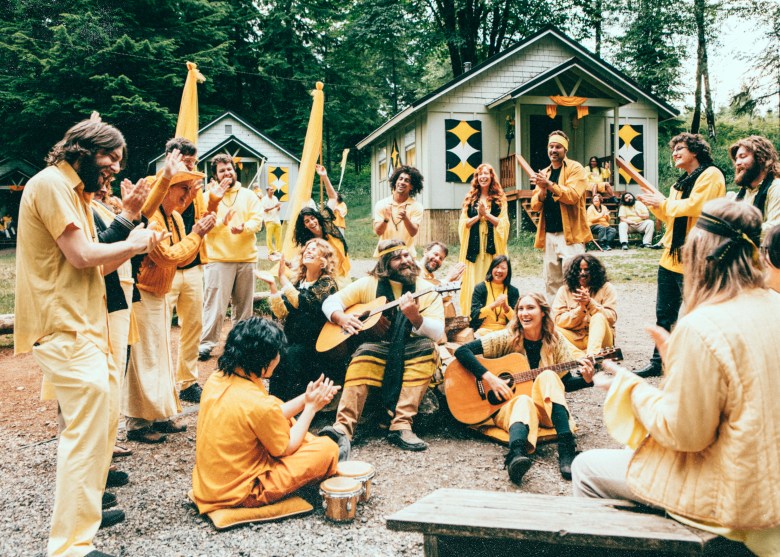 Wilson said what attracted him to the role was simple: “I just thought it was a funny idea and I wanted to work with these guys.” That attitude worked well for the “Documentary Now” ethos. “I never try to think of it as trying to be funny,” he said. “I don’t have a background in stand-up or anything, so I just try to make it feel like real. And hopefully, that can be funny.”

Said Wilson, “There’s just something in human nature that wants to follow a charismatic leader.” For him, playing a cult leader meant trying to “find the part of myself that could be a cult leader — I didn’t have to dig that deep,” he joked. But he said one thing he drew from was “the power of the gaze. Your powers as an actor come from your eyes… Now that I think about it, that [“Wild Wild Country” cult leader] Osho really had some eyes. You look at him and it’s, like, unbelievable. They just sort of have a charisma that makes you want to follow them.”

This Article is related to: Television and tagged Documentary Now!, Owen Wilson