The "Spa Night" filmmaker's second feature follows a boy who befriends an old man, with great turns from Brian Dennehy and Hong Chau. 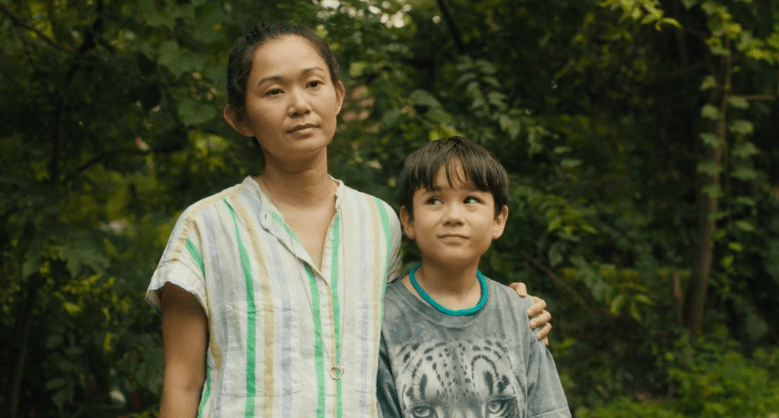 They say less is always more, but in the case of movies, there is always the danger of leaving so much unsaid that you’re left with nothing much at all. While restraint is generally a wise approach to storytelling, it runs the risk of leaving a narrative so spare the audience cannot connect. In “Driveways,” director Andrew Ahn trusts his actors to fill in the considerable gaps in Hannah Bos and Paul Thureen’s minimalist script. But actors, even ones as brilliant as these, are not magicians; they cannot create meaning from nowhere. Ahn guides his gentle second feature with a measured hand, but he and his adorable kid protagonist can’t jolt the sleepy narrative out of its familiar comfort zone.

After her sister’s death, Kathy (Hong Chau) and her 8-year-old son Cody (Lucas Jaye) sojourn to a small town to begin the arduous task of packing up and selling the house. Unbeknownst to Kathy, her sister was a hoarder, and the place is packed to the brim not only with cat trinkets but at least one dead feline. Overwhelmed by the situation — and the realization that she didn’t know her sister very well — she leaves Cody to his own devices. He soon notices Del (Brian Dennehy), an older veteran who lives next door, who is sitting on his porch waiting for a ride that never comes. When Kathy drives Del to the local VA for his weekly bingo game, their friendship is all but certain to blossom.

Soon enough, Del is piping his electricity over to Kathy and Cody and rescuing Cody from the pre-adolescent terrorism of two neighborhood boys. Del is lonely, as we learn from multiple shots of him eating dinner alone, and Cody sometimes gets nervous and vomits, as Kathy explains: “He gets overwhelmed. Karate lessons, birthday parties, camp.”

The two are a perfect pair to fill in what the other is missing, but “Driveways” never quite delivers the satisfying bonding moment, save for a driving lesson via lawnmower and a side-by-side reading scene. Sure, Del shares a hitchhiking story or two, and Cody asks Del about his late wife in the innocently prodding way only a child could, but these exchanges lack any of the necessary humor or heart to make for a compelling friendship. 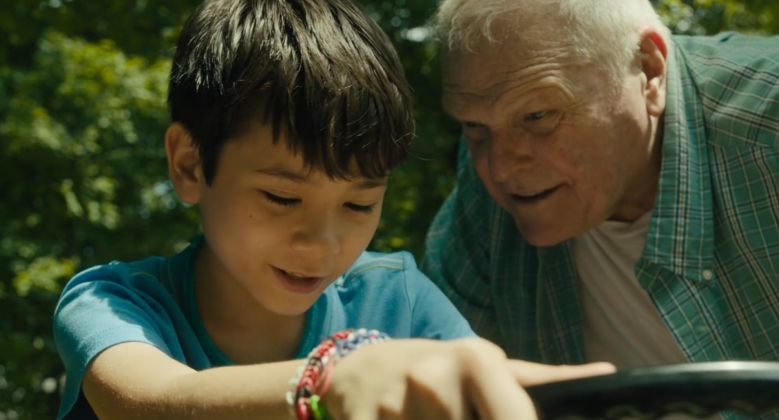 While Cody provides wise-beyond-his-years cuteness (at one point telling Del, “Even though I have strong beliefs, I really don’t like religion”), Kathy is the rarer and therefore more interesting character. She smokes cigarettes, which Cody puts out; she sneaks out to the bar, but doesn’t take the eager stranger home; she sometimes snaps at her son, but she’s physically affectionate and ultimately concerned for his wellbeing. She is that rare representation of a single mom who is flawed but not terrible — she’s doing her best but isn’t entirely self-sacrificing. It’s still unusual to find women characters with this many facets, and Chau is the perfect actor to accentuate them.

Ahn wrote the script for first film, “Spa Night,” which won a special Jury Award at the 2016 Sundance Film Festival. The film followed a young Korean-American man coming to terms with his sexuality and his conservative family while working at a Korean spa. Like “Driveways,” “Spa Night” is deliberate and restrained, but with the added layer of a kind of simmering isolation closing in around you, like staying in a sauna for too long. Ahn, who is gay, doubtless had a more personal stake in that film than he does in “Driveways.”

While Cody is sensitive, the film is less about queerness than it is about loneliness, although the two often go hand in hand (in art and in life). Without a singular galvanizing conflict to focus the plot, “Driveways” feels more like a collection of character studies than a cohesive whole. There’s Linda (Christine Ebersole), the nosy neighbor who drop racist micro-aggressions with a syrupy Michigan twang; and Del’s friend Roger (Jerry Adler), whose mental deterioration provides some of the film’s most moving scenes.

With these secondary characters, Bos and Thureen show their promise as screenwriters, and offer a glimpse at what makes them successful playwrights. Every character in “Driveways” is on their own journey — they are not simply there to move the plot along or provide color.

There are moments of divine inspiration in “Driveways,” like when Cody deadpans, “I farted. Bad,” or brags of his visit to bingo night: “Everyone was drinking beer around me!” But watching him as he runs angrily down his adopted street, past the eponymous driveways, makes for a half-hearted climax. By playing every note sotto voce, “Driveways” denies its lovingly crafted characters the expressive crescendo they deserve.

“Driveways” premiered in the Generations section of the Berlinale on February 10, 2019. It is currently seeking distribution.