Directors Victoria Stone and Mark Deeble told IndieWire at Sundance they hope the documentary inspires people to take action and save wild elephants. 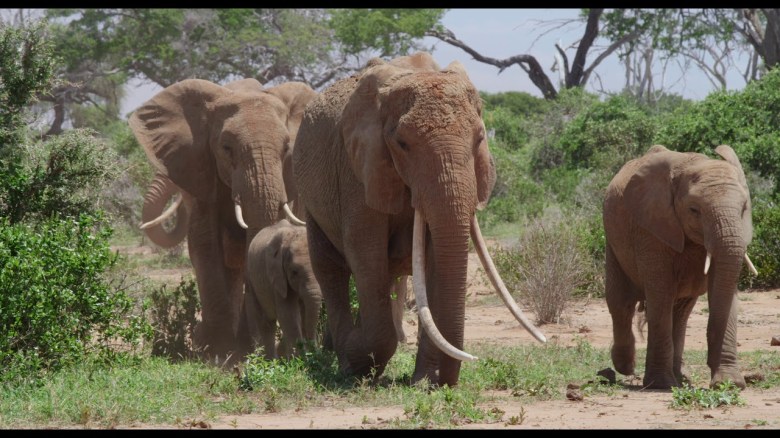 After a successful world premiere at the Toronto International Film Festival last year, filmmakers Victoria Stone and Mark Deeble brought their new documentary “The Elephant Queen” to the 2019 Sundance Film Festival. During an interview at the IndieWire Studio Presented by Dropbox, the directing duo said they were horrified by the viral photograph depicting Donald Trump Jr. holding up a severed elephant tail. “The Elephant Queen” is not an overtly political film, but Deeble said advocacy was always on his mind.

“They are these extraordinary creatures and they are being killed for their tusks faster then they can reproduce,” Deeble said after being asked by IndieWire about the Trump Jr. photograph. “If we are not careful, within the next generation we’ll see the last of the elephants in the wild.”

“For us, this is what drives our whole narrative,” the director continued. “We don’t say it advertently, but it’s always there in the subtext. We’re losing something like 30,000 elephants a year, and we can’t sustain that. The whole drive of the film is to make people fall in love with elephants and to realize how extraordinary they are, and through that connect with them in a way that people haven’t in awhile perhaps. Through that connection you come to live them and hopefully want to do something [to save them].”

“The Elephant Queen” centers around a family of elephants and tracks the attempts made by matriarch Athena to keep her children alive. The documentary is narrated by Chiwetel Ejiofor and follows Athena as she treks across the African savannah with her family in order to keep them safe. Global distribution rights to the movie were picked up by Apple at TIFF last year.

Watch IndieWire’s entire Sundance interview with “The Elephant Queen” directors Victoria Stone and Mark Deeble in the video below.

This Article is related to: Film and tagged Mark Deeble, Sundance, The Elephant Queen, Victoria Stone