She publicly came out in 2014, though she previously said Brett Ratner outed her on set in 2006, making her feel "violated." 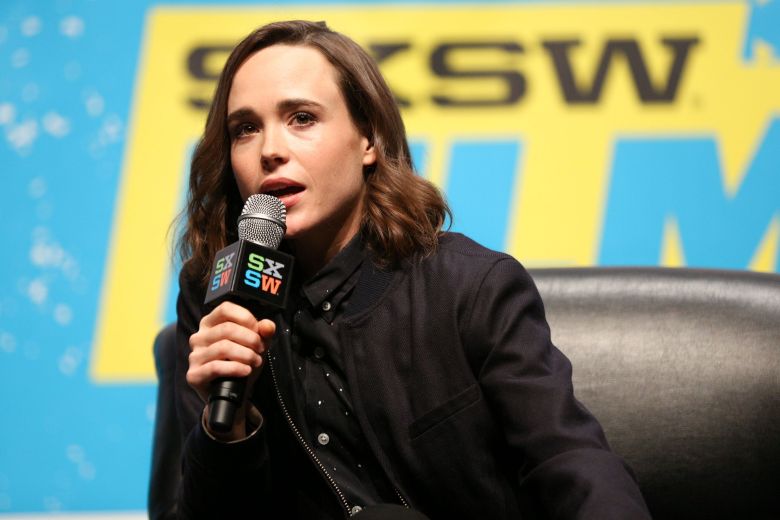 Ellen Page came out in 2014, by which point she’d already known she was a lesbian for several years. So did others in Hollywood, and in a new interview for Porter the “Umbrella Academy” star says that many within the film industry pressured her to keep that truth to herself: “I was distinctly told, by people in the industry, when I started to become known: ‘People cannot know you’re gay.’”

“And I was pressured — forced, in many cases — to always wear dresses and heels for events and photo shoots,” added Page, an Oscar nominee for her role in “Juno.” “As if lesbians don’t wear dresses and heels. But I will never let anyone put me in anything I feel uncomfortable in ever again.”

Page has become an outspoken advocate for LGBTQ issues in recent years, most recently calling out Chris Pratt for attending what she describes as an “infamously anti-LGBTQ church”; Pratt responded by saying that “nothing could be further from the truth. I go to a church that opens their doors to absolutely everyone.”

Page revealed that long before coming out, while filming 2006’s “X-Men: The Last Stand,” she was outed by director Brett Ratner. “He looked at a woman standing next to me, ten years my senior, pointed to me and said: ‘You should fuck her to make her realize she’s gay,'” the actress said in November 2017. “I was a young adult who had not yet come out to myself. I knew I was gay, but did not know, so to speak. I felt violated when this happened.”

Now, Page says, “I want to be able to help in any way I can, and I want to make queer content.”

This Article is related to: Film and tagged Ellen Page