As the studio gears up for its next chapter, short films are providing a promising new opportunity. 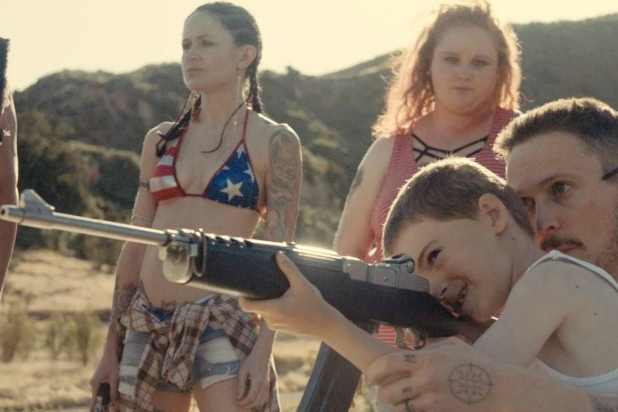 Most Oscar contenders had their distribution plans sorted months ago, but “Skin” just lined up its plans last week. That’s when Fox Searchlight announced that it had acquired the Oscar-nominated live action short film, with plans to make it available on its social media channels. The news is the latest indication of how the 25-year-old specialty distributor, which was recently acquired by Disney, may evolve into its next stage.

“Skin” marks the fourth short film acquired by Fox Searchlight since the fall, when the studio picked up A.V. Rockwell’s “Feathers” and Shelly Lauman’s “Birdie” out of the Toronto International Film Festival. At Sundance, the company acquired Matthew Puccini “Lavender.”

With Disney’s new streaming platform Disney+ set to launch this fall, it may be inevitable that companies tasked with acquiring new content would turn to shorts, which have limited theatrical potential but can play just fine in the living room. However, Fox Searchlight co-president Nancy Utley downplayed that connection. “They’re two separate things,” she said in an interview. “Even if we weren’t going to have new platforms, we’d still do this, because we have our YouTube channel, so we have a place to put them.” The studio currently has over 266,000 YouTube subscribers, and expects to grow that figure with higher-quality offerings. “The fact that people want to watch our trailers is great, but for only a little bit more time commitment, you can watch a whole story,” Utley said. “It also expands the number and types of stories we can tell in a year.”

The strategy also gives Fox Searchlight a cheap means of getting into business with filmmakers during an increasingly competitive moment in the marketplace. With newcomers Netflix and Amazon outspending other studios — Amazon spent close to $50 million at this year’s Sundance — Fox Searchlight has become less of a player in the acquisitions space, and compensated by taking its productions in house. Its major awards players of the two past years, “The Favourite,” “The Shape of Water,” and “Three Billboards Outside Ebbing, Missouri” were all originated at the studio. “We had anticipated a few years ago that it was getting more competitive in the acquisitions market because of the streaming services,” Utley said. “When they have a different business model, they can afford to pay prices we haven’t dreamed of.”

That decision has taken the pressure off the insanity of the Sundance market, where Fox Searchlight famously acquired breakouts ranging from “Napoleon Dynamite” to “Little Miss Sunshine.” For Utley, “if we find something that’s affordable, great. if we can’t find anything, we don’t have to panic.”

Acquiring shorts also allows the company to release stories it would otherwise stay away from, such as “Skin.” The short, which Israeli director Guy Nattiv has already turned into a feature starring Jamie Bell, revolves around a family of skinheads who face their comeuppance after one of them commits a racist hate crime. The feature was acquired by A24 through its DirecTV deal, all but ensuring a day-and-date release. The disturbing subject matter is not the sort of experience most distributors would ever attempt to release in theaters.

While Searchlight has found plenty of success with heavy material in the past — “12 Years a Slave” being the most prominent example — it could only shoulder so much risk. “There are films we’ve passed on in the past because we couldn’t make them work theatrically even though we love them,” Utley said. “So we’re hoping there’s going to be avenues to have those films be acquired, or seen, things we couldn’t do previously because it was too expensive.”

It also allows the studio to increase its awards season clout — both “Feathers” and “Birdie” were Oscar-qualifying shorts, and with “Skin,” the studio added a sixteenth nomination to its 2019 scorecard, which already included several nominations for “The Favourite” and “Can You Ever Forgive Me?” (The studio’s timeline for making “Skin” and other shorts available online has yet to be determined. A rep for the studio said that the staff was reviewing various release plans.)

However the advent of Disney+ impacts Searchlight’s future plans, its capacity to leverage studio resources toward short films is promising news for filmmakers with shorts playing on the festival circuit. “We can push toward these films without having to spend money, and get them exposure,” Ultley said. “For me, it doesn’t have anything to do with the streaming future so much as it has to do with right now.”

“Skin” is currently screening with other Oscar-nominated short films in limited release.

This Article is related to: Awards and tagged Fox Searchlight, Oscars, Short Films