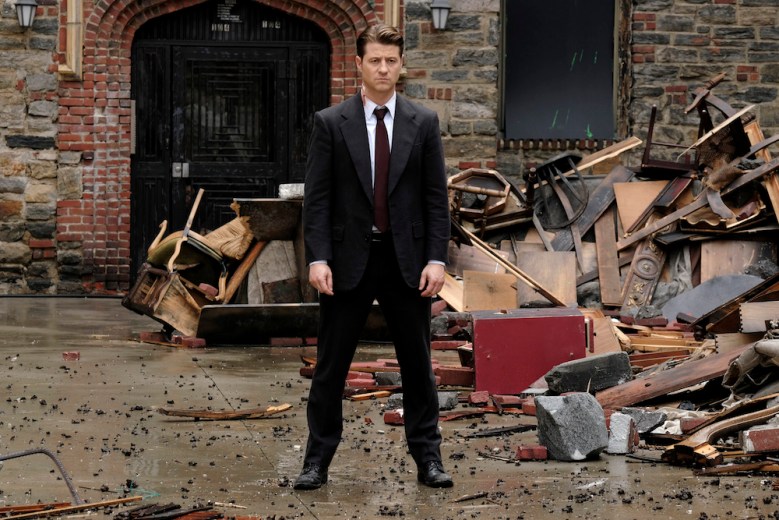 Give points to Ben McKenzie for mastering the non-confirmation confirmation. When asked how his character of Jim Gordon would physically change in the new season of “Gotham,” the actor said: “Well, they only had to add one thing for me,” hinting at Commissioner Gordon’s iconic mustache. (Robin Lord Taylor said his Oswald “Penguin” Cobblepot dons a fat suit; Donal Logue said his Harvey Bullock didn’t need much work, since the actor already looks “40 to 78” years old.)

Speaking during Fox’s TCA panel for the outgoing drama, the cast joined producer John Stephens and director Danny Cannon to prepare the audience for an ending spring-loaded with expectations.

“Gotham” was conceived as a peculiar prequel: a Batman show before Batman shows up. Bruno Heller’s story focused on the formation of Gotham City as a corrupt urban metropolis in need of a hero to clean up the streets, working up to the moment when a young Bruce Wayne dons the cape and cowl.

With the ending of “Gotham” this spring, it will provide answers for long-held assumptions about some characters. For instance, Bruce Wayne will become Batman, but actor David Mazouz only kind-of wears the actual suit.

“Is David Mazouz in the suit at the end?” producer John Stephens said. “I’m going to say yes and no. […] David is a strapping young man, but the suit we have for Batman is for [someone who’s] 6’4”.”

Stephens went on to promise fans will see Mazouz’s face behind the cowl and hear his take on the “Batman growl.” As for Batman’s nemesis, the producers still wouldn’t admit Cameron Monaghan is, in fact, the Joker.

“I would tell you, but I would have to kill you,” Monaghan said. “That is sealed.”

“If he’s not the Joker, then he’s someone who does provide the origin story for someone you’re going to see later,” Stephens said. 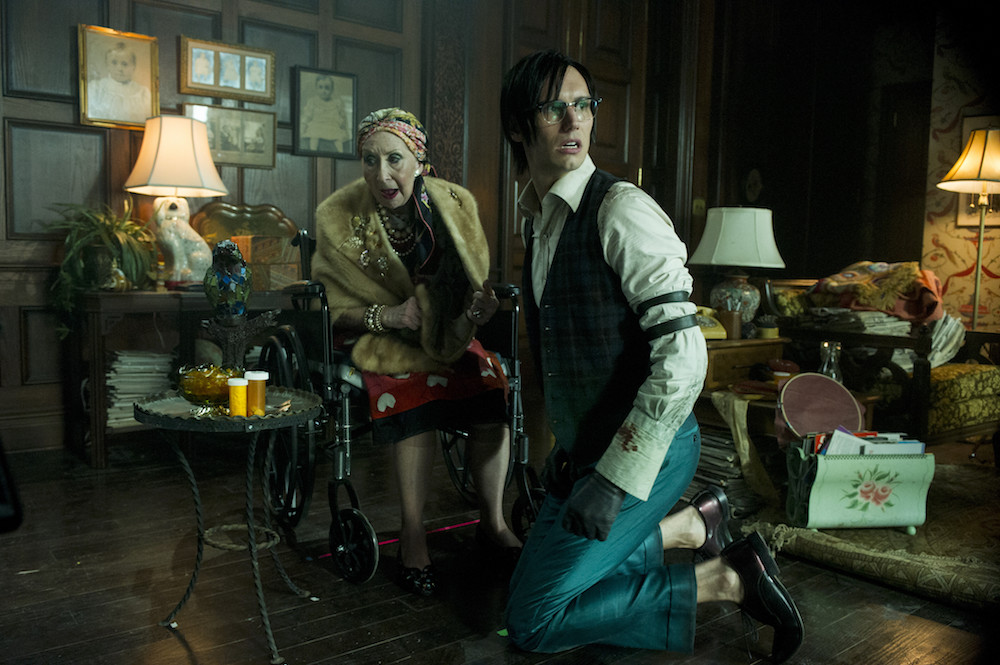 So far, Monaghan has only gone by the character names of Jerome and Jeremiah Valeska. Fans have long expected them to be the younger versions of The Joker.

“Cameron may not be the Joker, but he’s my favorite Joker of all-time,” co-star Donal Logue said.

Camren Bicondova said fans will see a future version of Catwoman in the finale, but didn’t promise anything more than that.

The actors also somewhat squashed rumors about seeing “Gotham” characters in other DC shows. The cast said no one had inquired about hiring them to resurrect their characters for other shows within the DC Universe, like “Titans,” “Doom Patrol,” or any of the series on The CW.

McKenzie — who’s directed and written episodes of the series, including the upcoming finale — said they went into the final season with a now-or-never approach.

“If we don’t do them now, we’ll never get to do them, so we better do them,” McKenzie said of their favorite ideas.

“I don’t think we’re walking away saying we didn’t get to play with any particular toys,” Stephens said. “We kind of got to use all of them.”

Cory Michael Smith, who plays Edward Nigma, aka The Riddler, said he only regretted one missing scene. “The only thing I desperately wanted was for [the Penguin] to have his umbrella and me to have my cane and for us to cane fight. That didn’t happen.”

But overall, Smith felt the series wildly exceeded his expectations — a thought echoed by the rest of the cast.

“I believe most of us didn’t have the pleasure of reading the script before signing our 6- or 7-year-contract,” Smith said. “The joy for me was building a character over five years on such a grand, operatic scale. Just when you think you’re peaking, another devastation would come. […] It felt like we were constantly reinventing. I felt like I got to play five different characters on the show.”

This Article is related to: Television and tagged Ben McKenzie, Fox, Gotham