TCA: Hulu's Craig Erwich spoke to the Television Critics Association about the metrics used by the streaming network to measure a show's value. 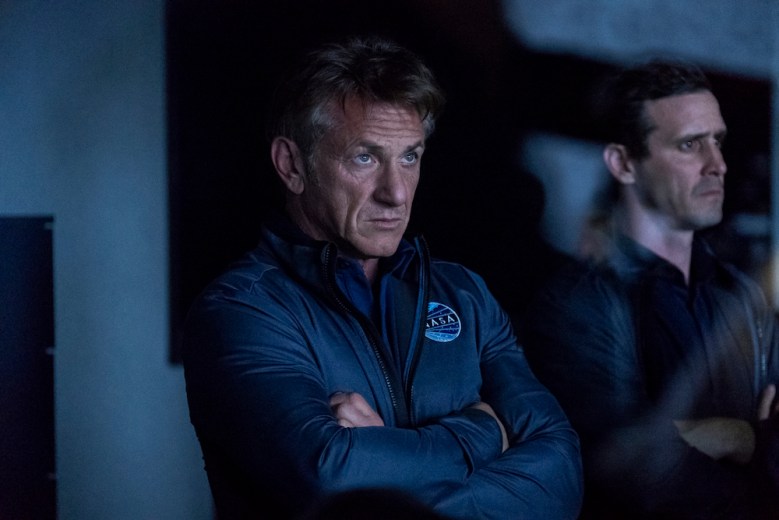 Sean Penn in “The First”

No one wants their favorite series to get canceled, but in the age of revivals, reboots, and a general glut of opportunity for TV shows, cancellations hurt all the more. At Monday morning’s Hulu TCA panel, Senior VP of Originals Craig Erwich tried to explain what factors determine when the streaming giant cuts ties with its original programs — all without giving away any ratings numbers.

“The metric that we’re really focused on is the total engagement of each of our viewers,” Erwich said. “We’re not just looking at, ‘Are they watching this show or that show?’, but […] ‘How often are they coming to our platform?'”

To that end, he was pressed on why Hulu canceled Beau Willimon’s drama series “The First” and Sarah Silverman’s talk show “I Love You, America.”

“We’re really proud of ‘The First’ and proud of Sean Penn’s performance in it,” Erwich said. “[But] going to Mars is a difficult endeavor. […] What Beau Willimon set out to do was really ambitious [and] hadn’t really been done before.”

Erwich noted what a number of critics did as well: The series’ first season was about the first manned mission to Mars, but the narrative never actually extended to the Red Planet itself. Erwich said Willimon’s story was character-focused, “without focusing on the adventure itself.” He also said, “The show certainly took a while to reveal itself, which was a challenge.”

“The audience just didn’t materialize for it,” he added.

Later, Erwich was pressed on what specific factors went into the decision to cancel the eight-episode, hourlong drama — were subscribers starting the series without finishing it? Were they not watching at all? What metric was the deciding factor to end the show, as an example of what matters most for all Hulu originals?

“In a way it’s a lot of those different things,” he said. “We don’t have one metric or one number. […] But really it was all of those things that went into our decision.”

“I’m very proud of what Sarah Silverman did,” Erwich said. “I thought the show grew creatively from Season 1 to Season 2. […] [But] it didn’t garner a large enough audience to go forward.”

Erwich also said Hulu is “looking for shows that reflect the culture and become a part of the conversation,” citing last week’s debut of “PEN15” as a show that’s done just that.

Notably, “I Love You America” succeeded in one area “The First” did not (yet). It earned awards attention, snagging an Emmy nomination for Outstanding Variety Sketch Series and a WGA Award nomination, as well. “The First” will still qualify for this year’s Emmys, but it failed to earn any year-end awards, be it from the Golden Globes or any of the guilds.

So how important are awards when it comes to renewing Hulu originals?

“Our nominations important? Certainly,” Erwich said. “I do think the nominations and awards help an audience curate [at a time] when the audience is [overwhelmed] with the sheer number of choices.”

The Emmys were a hot topic Monday morning, given the network’s announcement that “The Handmaid’s Tale” will not be airing in time to be eligible for this year’s awards. Erwich said this decision was purely creative, noting how “maintaining the quality of ‘The Handmaid’s Tale’ takes time,” and Hulu wanted to give the producers enough space to make the best season possible. He said the decision had nothing to do with competing against the final season of “Game of Thrones” — the same series that beat “Handmaid’s” at last year’s Emmys.

This Article is related to: Television and tagged Hulu, Sarah Silverman, TCA, The First