TCA: The "American Gods" star also had choice words for networks that say they want cable shows: "You wouldn't know what to f--ing do with it.'" 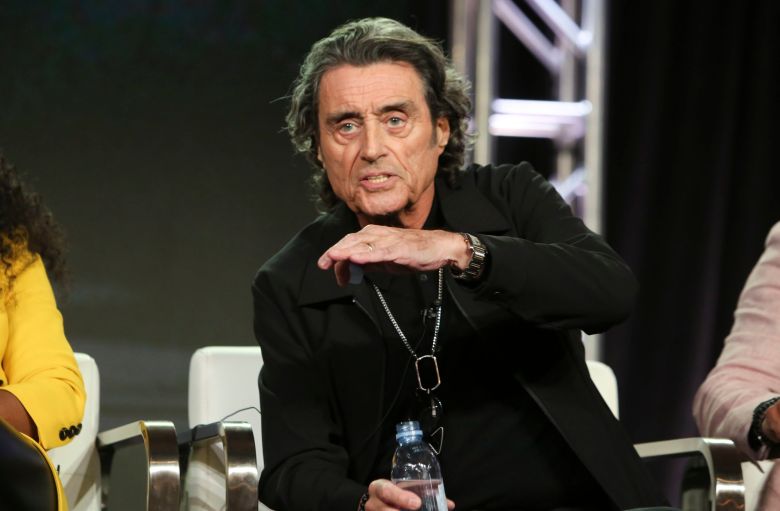 Speaking to IndieWire at the Television Critics Association press tour, Ian McShane said he has a simple measure for film criticism: “Every good film should take you to another world.” This includes the upcoming feature-length finale of “Deadwood,” the iconic HBO western drama that turned McShane into an unforgettable force on American television. Long awaited by fans, the narrative ties up the loose ends left after HBO canceled the show in 2006.

McShane said he had some trouble settling back into the character of saloon owner Al Swearengen during the first week of shooting. “I walked onto the set, seeing all these people and I’ve loved and known — some of them I hadn’t seen for 30 years, some I had, you know whatever. But we all weirdly kept in touch.”

Thus, he said returning to the world of the show was “exactly the same. In the best way. Thirteen years ago, you just came in and did your job and you went home again.”

This extended to the film’s final scene, which he said features Swearengen, prostitute Trixie (Paula Malcomson), and Jewel (Geri Jewell). “I can remember the last night, I was filming with the two of them — it was very moving. It was the last scene of the movie. The very last scene of it. But it was over and it was like, is that it? Is that it? What, we go home?’ And that’s a weird thing.” 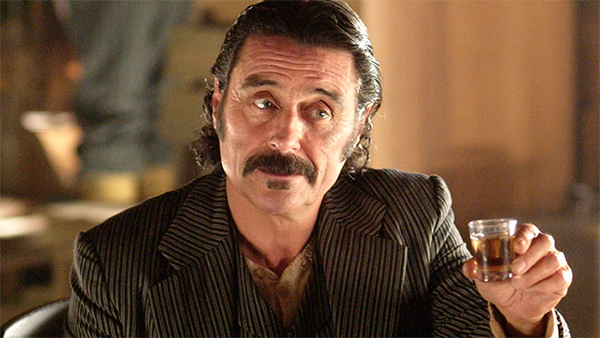 When comes to being transported to different worlds, McShane offered up a bit of a non sequitur with an Oscar endorsement for Alfonso Cuaron’s “Roma.”

“There’s only one movie that can win the Oscar and that’s ‘Roma,'” he said. “No other film can even get close to it. In terms of its warmth, his gifts as a filmmaker, what he gets you to look at, poetry in the movie — it takes you to a world, Mexico City in the ’70s, and this story of this girl, within a family, but you know it all within the minute. And you love it. Look, ‘The Favorite’ — loved all the actresses. But the film has nowhere to go after an hour. It’s like just more of the same. But ‘Roma’ is like, wow, that’s, for me, just great.”

McShane also returns to “American Gods” on Starz for a second season next month, and he believes the eight-episode order is a perfect length for a television season; it’s certainly better than doing 20 episodes. “Nothing works in 20. Can you imagine doing 22? That’s why network television is so fucking boring because it’s the same show every week. With a twist on it. That’s kind of mind-numbing, you know? It’s why they can never do a cable show. Networks say, ‘We want a cable show.” We say, “No you don’t, because you wouldn’t know what to fucking do with it.'”

As an example, McShane mentioned the canceled NBC series “Kings,” in which he starred in 2009. The series, inspired by the story of Daniel from the Bible but set in a modern-day context, was created by original “American Gods” showrunner Michael Green. According to McShane, NBC “didn’t know what to do with it, you know?”

That said, if another entity were to try to revive “Kings,” McShane would be interested. “It’s an interesting show,” he said. “The beginning was about faith, and not faith and belief, and America as it was, and America as it is now actually. And that couldn’t be more apt, you know?”

This Article is related to: Television and tagged American Gods, Deadwood, Ian McShane