31 percent of films featured a female protagonist — a recent high. 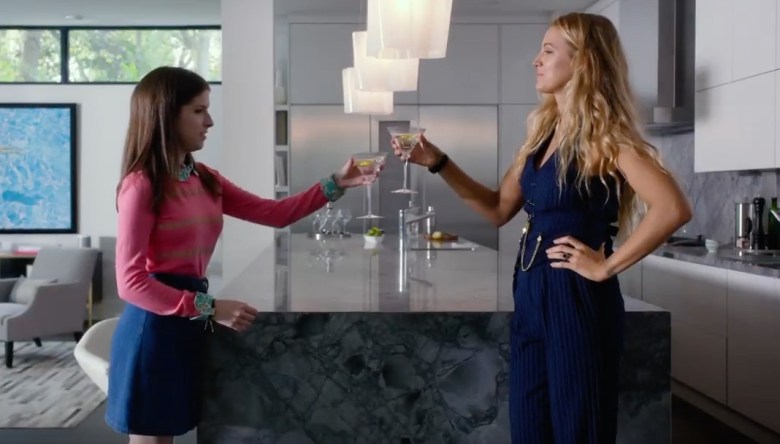 The 2018 It’s a Man’s (Celluloid) World report has been released by Dr. Martha Lauzen, executive director of the Center for the Study of Women in Television at San Diego State University, and the numbers don’t inspire much confidence. Just 35 percent of the year’s top-grossing movies featured 10 or more female characters in speaking roles, compared to 82 percent for men. Females comprised 35 percent of all speaking characters, up one percentage point from 2017, and 36 percent of major characters, a decrease of one percentage point.

In better the news, 31 percent of films featured a female protagonist — an increase of seven percent from 2017 and a “recent historical high,” according to the study. “2018 may be remembered as the year in which things were not quite as they appeared for female characters,” Lauzen explained.

“While female protagonists rebounded last year, slightly besting the previous high achieved in 2016, the percentages of females as speaking characters and major characters remained relatively stagnant. Protagonists are the characters from whose perspective the story is told and so seeing more females in these roles is tremendously important. However, we are not seeing similar gains in the broader populations of major characters and in all speaking roles,” she said.

In another recent high, the share of black women in speaking roles jumped from 16 percent to 21 percent year over year. Asian females increased from seven to 10 percent (thanks in large part to “Crazy Rich Asians”), whereas the percentage of Latinas declined from seven to four.

“Female protagonists were distributed throughout the top 100 films, appearing in comedies such as ‘Life of the Party’ and ‘The Spy Who Dumped Me,’ dramas including ‘A Simple Favor’ and ‘The Hate U Give,’ as well as in horror features such as ‘Halloween’ and ‘Hereditary,'” said Lauzen.

“Their appearance in a variety of genres suggests female characters are being woven more deeply into all types of stories. If a particular genre temporarily falls out of favor, it is less likely that substantial numbers of female protagonists will disappear from the big screen.”

This Article is related to: Film and tagged It's a Man's (Celluloid) World, Martha Lauzen