It turns out Joel and Ethan Coen disagreed over one moment in one of their most iconic scenes. 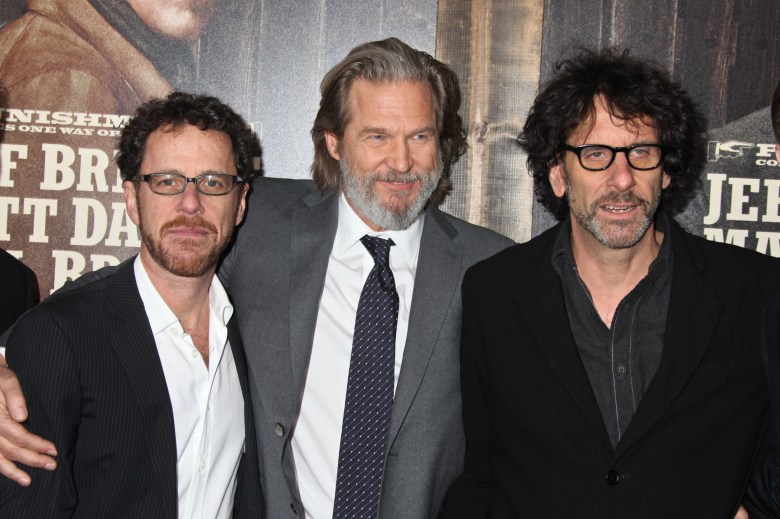 Every Coen brothers movie has at least one iconic moment (the coin toss in “No Country for Old Men,” the wood chipper in “Fargo”), but few scenes are as legendary in their filmography as the dream sequence from “The Big Lebowski.” Set to Kenny Rogers and the First Edition’s “Just Dropped In,” the sequence (also known as “Gutterballs”) puts stars Jeff Bridges and Julianne Moore in the middle of a surrealist musical. The moment was recently named one of Vanity Fair’s 25 most influential film scenes of the last 25 years, to which Bridges revealed it was the only scene he witnessed Joel and Ethan Coen fight over.

“I had a little concern about how it was going to be directed by two people. I love my brother, but I think it would be really challenging to direct a film with him,” Bridges said. “I was wondering how it was gonna be directed by these brothers, and the only time that there was any disagreement between them was in that scene.”

Bridges continued, “It was just about when I was gonna hit my head with those bowling pins, and Joel said, ‘Now, when you’re gonna hit the bowling pins, kind of wince a little bit, ’cause you’re gonna be expecting some kind of pain.’ And Ethan says, ‘No, really—you think so? I think he should be kind of smiling, like this is kind of fun to be a bowling ball.’ Joel said, ‘You really think so?’ And it kind of went back and forth like that then finally they just said, ‘Well, let’s shoot it both ways.’ That was the big disagreement.”

“The Big Lebowski” celebrated its 20th anniversary last year and remains one of the most popular films the Coen brothers have ever released. Bridges went on to reunite with the filmmaking duo in 2010 on their “True Grit” adaptation. The Coen brothers most recently released “The Ballad of Buster Scruggs,” which is nominated for three Academy Awards.

Head over to Vanity Fair to read their full list of the 25 most influential film scenes of the last 25 years.

This Article is related to: Film and tagged Coen Brothers, Jeff Bridges, The Big Lebowski