With a trio of roles at this year's Sundance Film Festival, he's added to a collection of challenging film work that's been growing for a while. 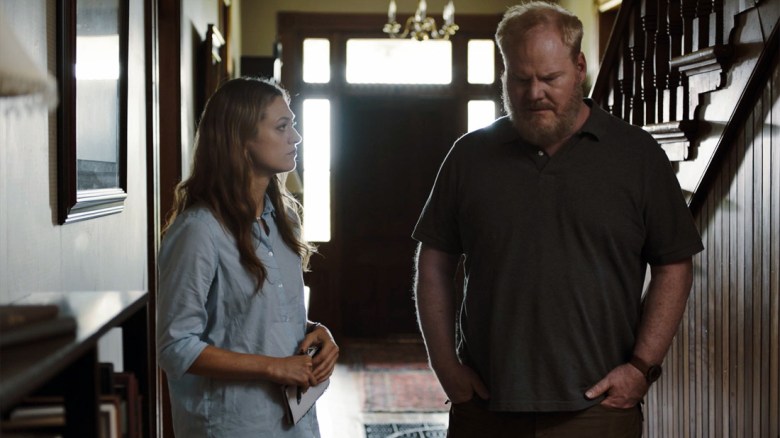 If doing standup is like a conversation with the audience, as Jim Gaffigan describes, he’s had quite a few of them.

But while he rose to prominence as one of the country’s most popular comedians on stage, he’s been quietly amassing a collection of film roles that flex some distinctly different muscles. All of that came to a head at Sundance 2019, where Gaffigan is a part of three different films, each occupying a different corner of the indie film world.

“I love standup and the process of developing material, and there’s a certain authority that you have as the writer. Whereas, it’s definitely a collaboration in an acting world. You feel a responsibility not only to the director and the writer, but to the character,” Gaffigan told IndieWire.

In the “Light from Light,” he plays a widower who thinks he might be seeing proof of his deceased wife’s spirit. “Them That Follow” finds him taking on the role of a devout follower of an Appalachian preacher. In the ’70s-set “Troop Zero,” he’s the father of a nine-year-old obsessed with space.

Gaffigan’s had an acting career for the better part of three decades, but this trio of films gave him the chance to work alongside an especially impressive collection of co-stars.

“When I see people that are amazing actors, whether it be Viola Davis [who’s in “Troop Zero”] or Marin Ireland [who’s in “Light from Light”] or Olivia Colman [who’s in “Them That Follow”], I’m usually impressed by their level of concentration,” Gaffigan said. “Sometimes, when you’re on an indie, you’re sitting there and they’re like, ‘Alright, we’re gonna do this scene!’ Then something happens and you have to wait three hours and then we got to do it in five seconds because the light’s changed. So that’s where good concentration is so important.”

Being immersed in the standup world for so long, Gaffigan has charted the evolution of comedians’ relationship with the acting world. As the lines between comedy and the amorphous clump of “serious roles” gets more blurred with each passing year, Gaffigan’s noticed how gradual that process has become.

“Denis Leary did ‘No Cure for Cancer’ and no one was saying, ‘Where’s the next one?’ They were like, ‘Nailed it! Enjoy your film career!’ And, and so as a creative person, I’m thrilled, because I think I’m getting better at standup and I think most of my, most of my friends are,” Gaffigan said. “The expectation changes as to how biographical, how original [to be]. People understand that through a comedic sensibility, people learn someone’s point of view. But for a comedian, it’s important to challenge that, and challenge yourself.” 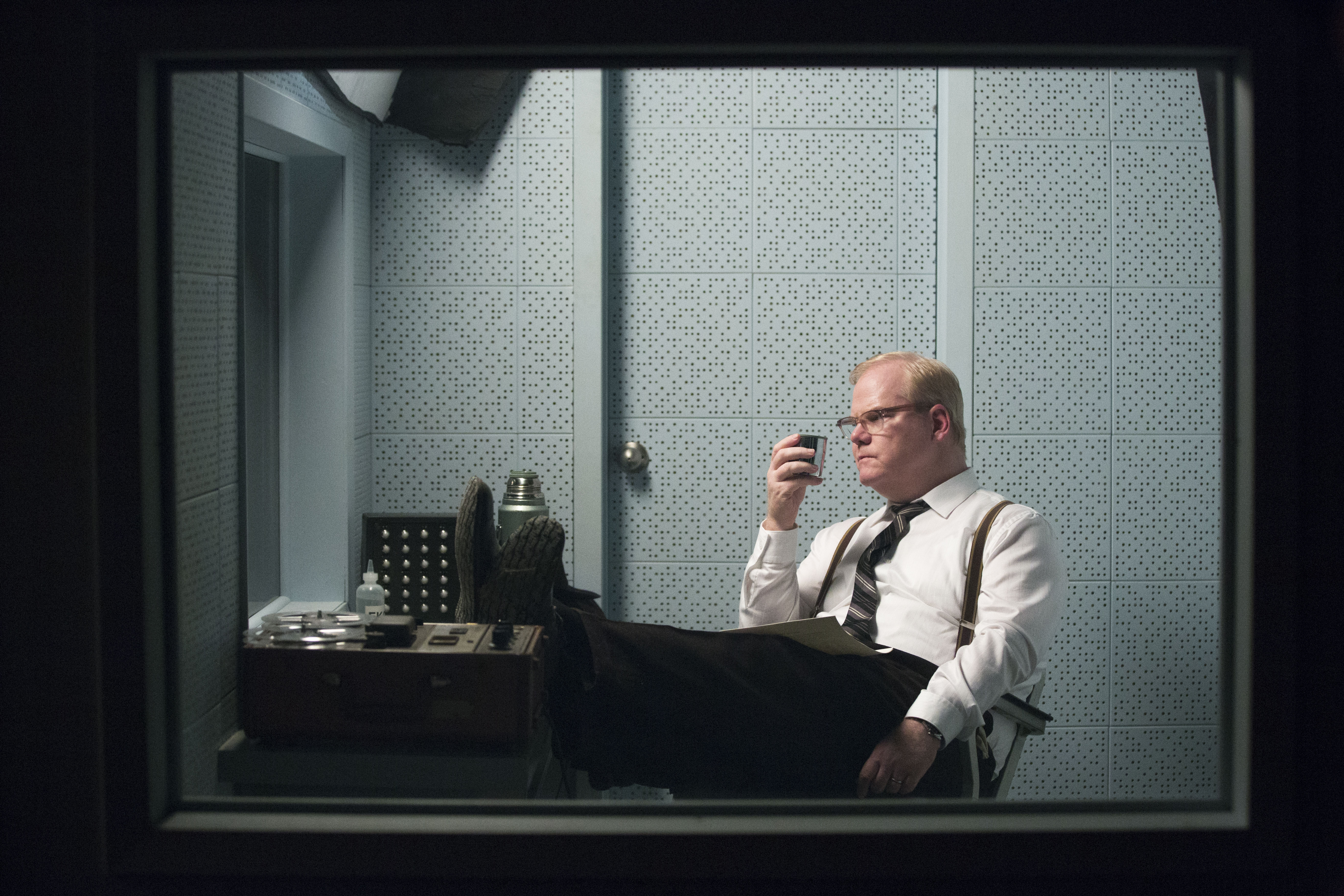 Gaffigan in the 2015 film “Experimenter”

It’s been three years since his self-titled sitcom went off the TV airwaves, but serving as an executive producer alongside his wife Jeannie gave him a taste of what it was like to be in control. There was a constant need to keep an eye on the day-to-day responsibilities of production. From that perspective, he understands how a lot of what drives the modern film and TV environment — especially when it comes to casting — is sticking to sure things.

“You don’t want to go, ‘Let’s see, I liked his joke about kale. Let’s see if he could play this serious role.’ No one wants to risk it. I get it,” Gaffigan said. “But I feel like I’ve gotten to a point where some people in some of my roles or even in my standup, they see a complexity there.”

So for the moment, Gaffigan is totally fine with putting his efforts into fulfilling a role and not having to juggle the responsibilities outside what the script dictates.

“There’s not a camp counselor in me. There are people that are great for it and all the directors that I’ve worked with, they have that personality,” Gaffigan said. “I don’t want to determine what color the curtains are. I care, but I don’t want that responsibility. I’d rather be obsessing about like, ‘Do you think that he met his wife when he was in high school?'”

Gaffigan’s been pigeonholed before. Back when his standup work was first gaining visibility, he had to break free from labels back then, too.

“The entertainment industry is so fluid, right? I remember when I had my first hour standup special, ‘Beyond the Pale’ in 2006. And I remember there was a USA Today blurb that said, ‘Sitcom Actor Jim Gaffigan Does Hour Special.’ I had been doing standup at that point for 15 years, so it’s a perception thing,” he said.

And for as exciting as this convergence of roles is, Gaffigan’s had potential breakthroughs like this before, so he knows to be cautious.

Regardless of what happens going forward, he’ll always have comedy. As the marquee name on Amazon’s first major standup special, that’s a part of his career that’s not likely to go away any time soon.

“Not to sound too corny, but I like to think of myself as a creative person. Obviously if I’m working on a movie that’s the priority, but standup is so accessible and there’s an immediacy to it. I also love writing, too. I’ve always wanted to be a comedian,” he said. “And getting over that hurdle, I feel like I’m definitely at the point where the acting credentials have been proven. Educating people that you can do something is neverending.”

“Them That Follow” was acquired at the festival by The Orchard. “Troop Zero” will be distributed by Amazon Studios. “Light from Light” debuted in Sundance’s NEXT section.

This Article is related to: Film and tagged Jim Gaffigan, Sundance, Them That Follow